Built in 1856, the Athens, a vessel of 739 tons was later purchased by the Union Steam Ship Company from the Liverpool firm of Schillizzi in 1858. For six years she led an uneventful life running a regular Mail service from Southampton to the Cape. 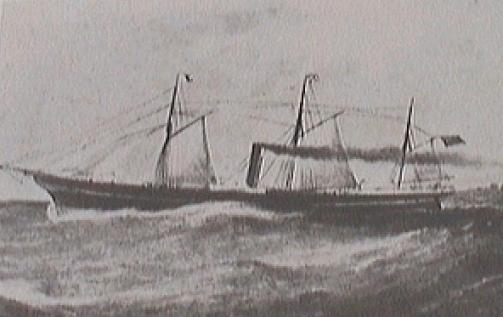 On May 16th 1865 the Athens was lying in Table Bay. The weather was atrocious, and out of the twenty eight vessels anchored in the Bay that day seventeen were to be lost in the storm that followed. As night fell the gale increased, and the Athens’s anchor cable parted. Her Captain, David Smith, however did not panic but managed to get the ship underway and tried to get her out to the open sea. 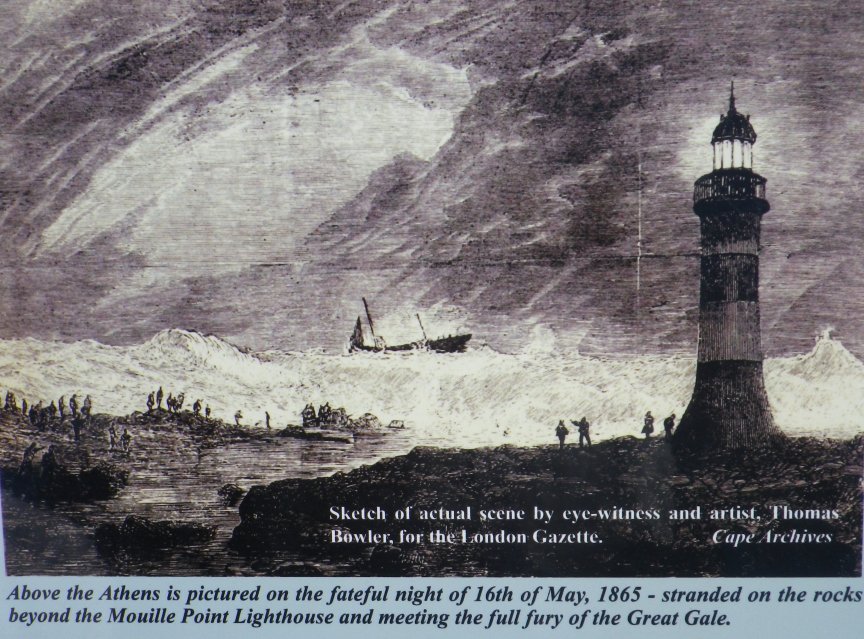 Sketch of the scene.

The vessel managed to round Mouille Point but was continually deluged by mountainous sea’s which eventually smashed through the skylight of her engine room and drowned the boiler fires. 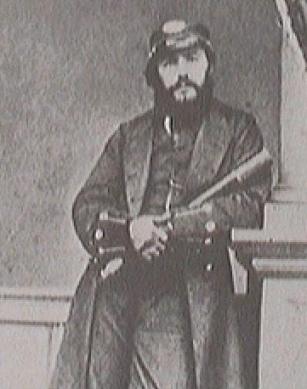 Now helpless the Athens was driven onto the rocks between Mouille Point and Green Point. Although she was only a short distance from those would be rescuers that now lined the shore, it was not possible for them to give any aid, except to light flares to guide any one who tried to get ashore, or any one who tried to effect a rescue. None did. 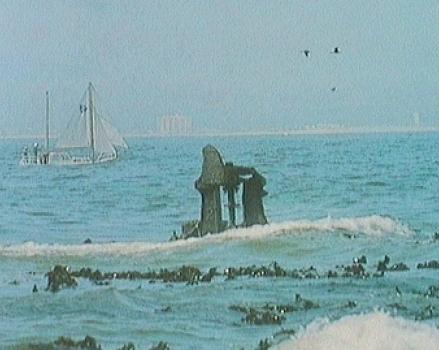 By morning it was apparent that all twenty nine souls on board had perished. The only survivor was a pig, which much to its surprise was washed up safe and sound on the beach. It was later found that the lighthouse had no rescue gear at all, not even some rope or lanterns. Today the last remains of the Athens can still be seen sticking out of the water at Mouille Point. 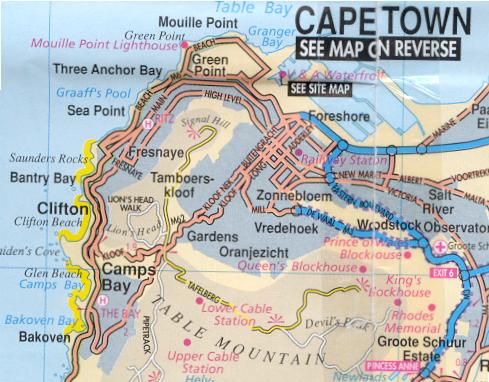 Stroll along the sea front through Sea Point, and you will see in front of you the Mouille Point Lighthouse. Carry on about a hundred yards towards the Victoria and Alfred complex ( its one of her sons ) and you will see the remains of the Athens sticking out of the water. The Island that you see in the distance is Robben Island where Nelson Mandela was incarcerated. You can visit the jail now by boat from the V&A and be shown around by ex inmates. Well worth the time. 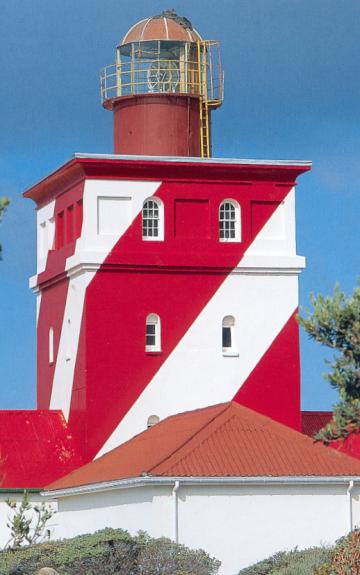