By far the largest vessel to hit the Plymouth Breakwater was a U.S.Navy landing craft, the L.S.T. 493. During the D.Day landings this craft had been operating with the British and amongst other duties had landed the Durham Light Infantry on Gold Beach. During this time she earned herself a U.S.Navy Battle Star. On the 12 April 1945 she was on her way from Portland to Plymouth for routine maintenance. In those days wartime restrictions decreed that none of the navigation lights were lit, and so at half past four in the morning helmsman Harold Johnson found that he could hardly see a thing, especially as the sea was getting up, and their radar was becoming temperamental. 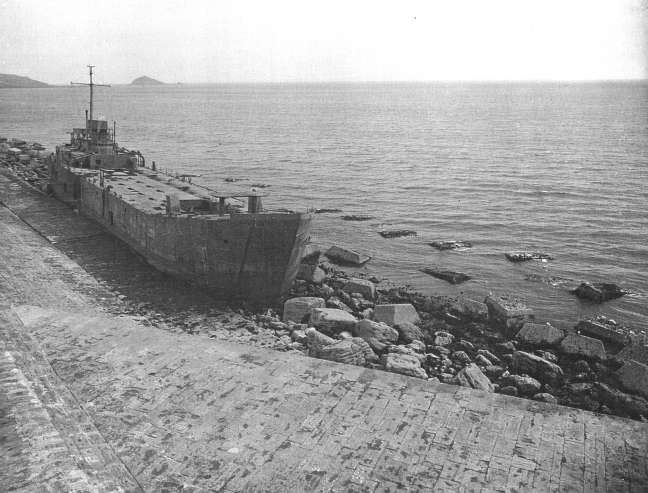 Stuck on the Breakwater.

The captain, Lt. F.P.Rossiter, was relieved to get a message from Penlee Point signal station directing them to wait for the ‘gate’ lights to be switched on and then proceed to Jennycliffe bay and anchor close in to the shore. When the ‘gate’ lights came on Capt. Rossiter realised that he was steering a course too far to starboard and ordered an adjustment. Unfortunately because all the other navigation lights, including the Breakwater Light, were still switched off he didn’t have a complete picture of where L.S.T.493 actually was. The radar operator tried all he knew to get the machine working but at twenty-two minutes to five a fuse blew in the set and they were effectively lost. 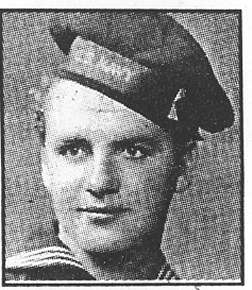 The Breakwater Fort signal station ordered them to steer more to the west and the Captain complied but hadn’t realized that the high spring tide had all but covered the Breakwater. With no point of reference the L.S.T. blundered on until it bumped gently onto the Breakwater and stuck fast. The Captain ordered the engines to full astern and tried desperately to twist the ship of the rocks. What he didn’t know about was the presence of large concrete triangles called Dragons Teeth placed all around the Breakwater as an anti invasion measure. As the ship twisted on the sharp rocks it became badly holed and Captain Rossiter had to admit defeat. 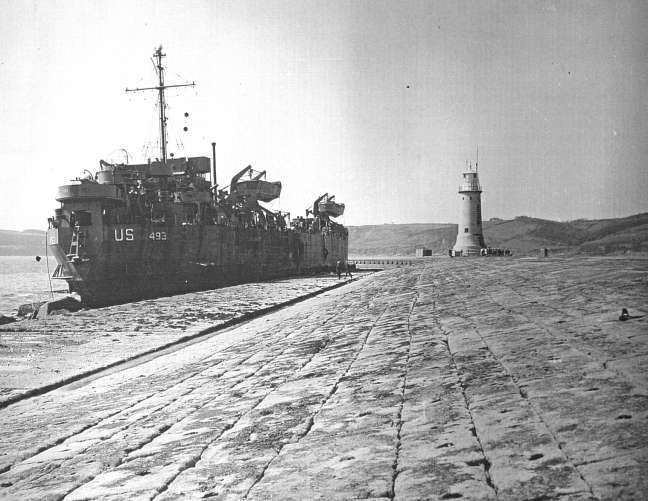 Six tugs came out to have a go at towing her off but by then she was so badly damaged that if they had succeeded the L.S.T. would have quickly sunk. The crew were taken off and taken to Shapters Field (Cattedown), which was a U.S. Amphibious base for the Court of Enquiry, and were then sent back to America. For over twenty months the L.S.T. lay on the Breakwater battered by the winter gales. 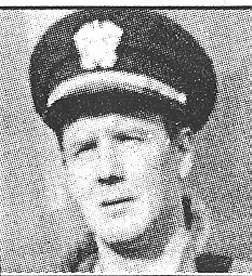 Finally the salvage vessel Swin from Southampton scrapped her, and what was left by the salvors ended up on the inside of the Breakwater. If you want to find it swim down the slipway off the Breakwater light and you will fall over it. It is a bit murky down there and it’s a bit of a jumble, but if you have nothing better to do on a winter’s day give it a go. Lt. Rossiter had a successful career in shipping after the War and became Mayor of Savannah in Georgia where he died. 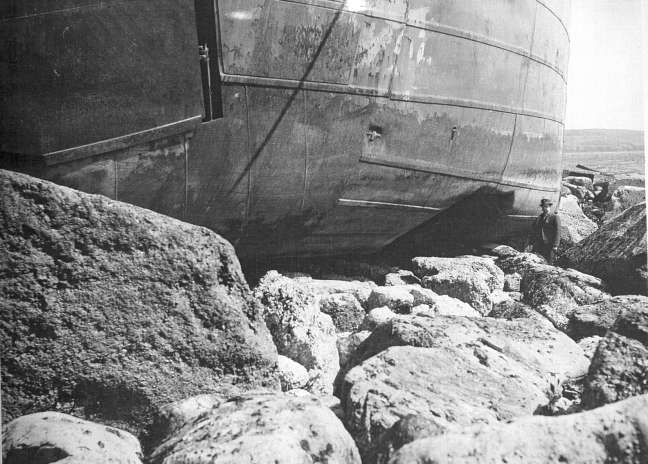