The Brennan torpedo, invented around 1876, was the very first wire guided torpedo, and was similar in appearance to the modern day type, save that instead of being circular in cross-section it was fish shaped. It was designed to run to run at a consistent depth of twelve feet underwater and had an indicator mast sticking up from the torpedo until it just broke the surface. At night this mast had a small light fitted which was only visible from the rear.

The only example of the Brennan Torpedo is on show at Chatham Dockyard.

In the body of the torpedo, two steel drums were mounted, each carrying several miles of high tensile steel wire. The drums were connected through a differential gear to the twin in line propellers arranged to rotate in opposite directions. If one drum were rotated faster than the other then, although the propellers rotated at the same speed, the rudder was activated. The twin wires from the drums passed out through the tail shaft, small steel rings embracing the wires were paid out at intervals thus preventing the wires from separating. The other ends of the wires were connected to winding engines, either on a ship or (mostly) land base, and these twin winding gears were so arranged that their respective speeds could be varied within fine limits, thus providing sensitive control for steering the torpedo towards its target. 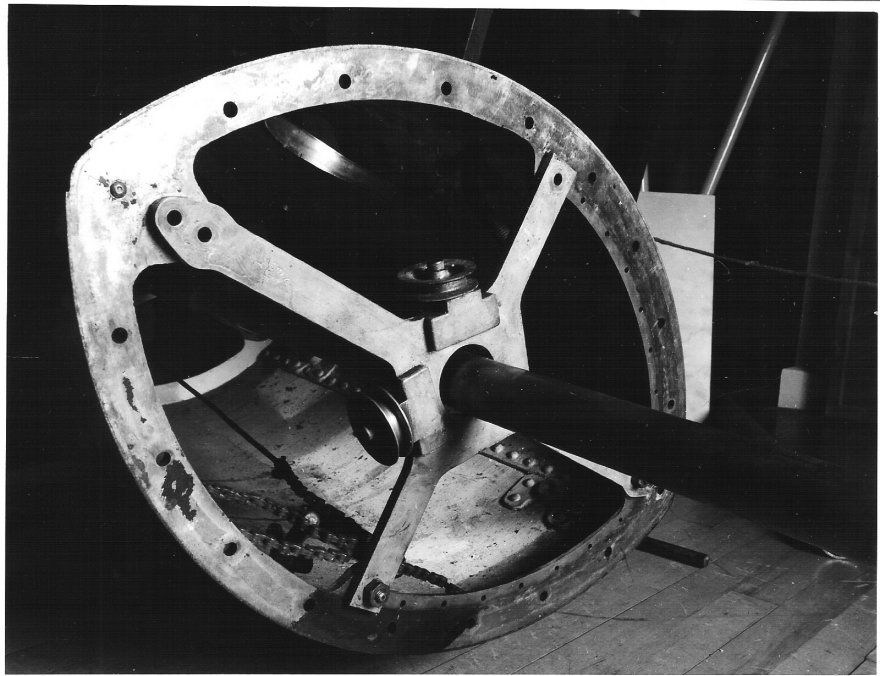 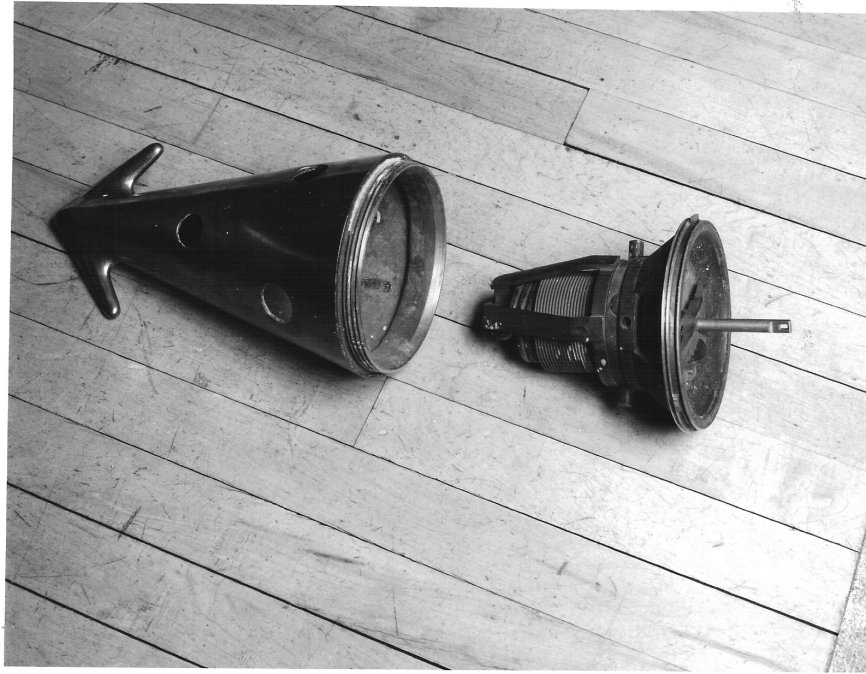 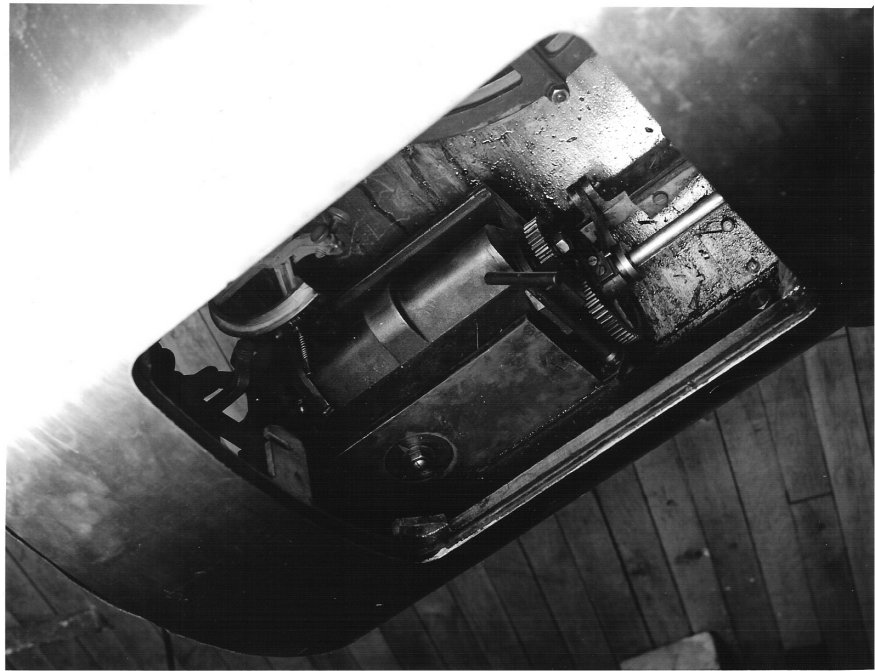 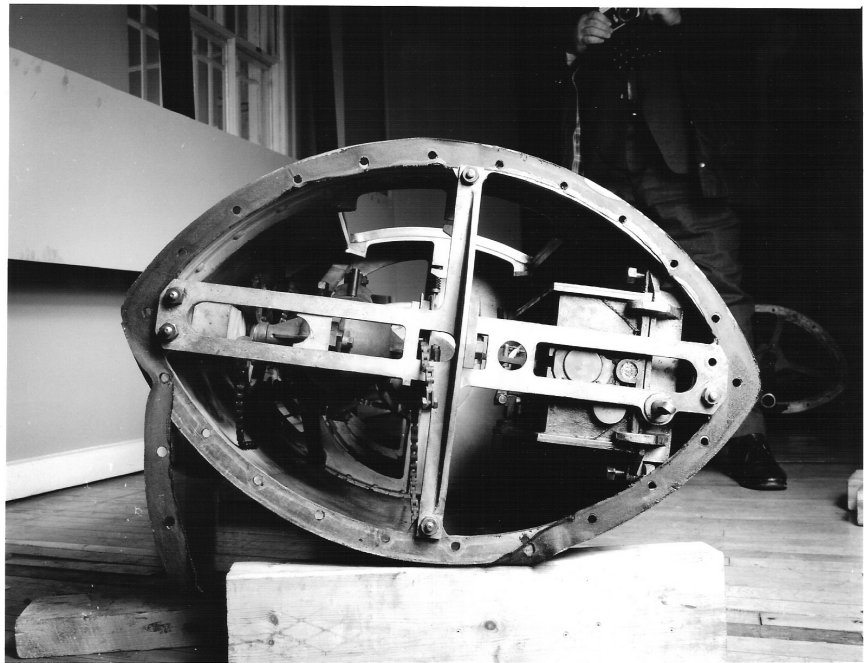 The torpedo attained a speed of 20 knots using a wire .04 inches in diameter but later this was changed to .07 inches to increase the speed to 27 knots. The torpedo was fitted with leading elevators controlled by a depth mechanism and with the fore and aft rudders operated by the differential between the drums. The method of operation was that the officer in charge would be either in an elevated position in the ship or, if on a land base, on a 40ft high telescopic steel tower, hydraulically extended. He was provided with a pair of binoculars on which was a keyboard from which he could control electrically the relative speeds of the twin winding engines. In this manner he was able to follow the track of the torpedo and steer it with a great degree of accuracy. In tests carried out by the Admiralty the operator was able to hit a floating fruit basket at 2000 yards and demonstrated the ability of the torpedo to turn through 180 degrees and so attack a ship from the off side. 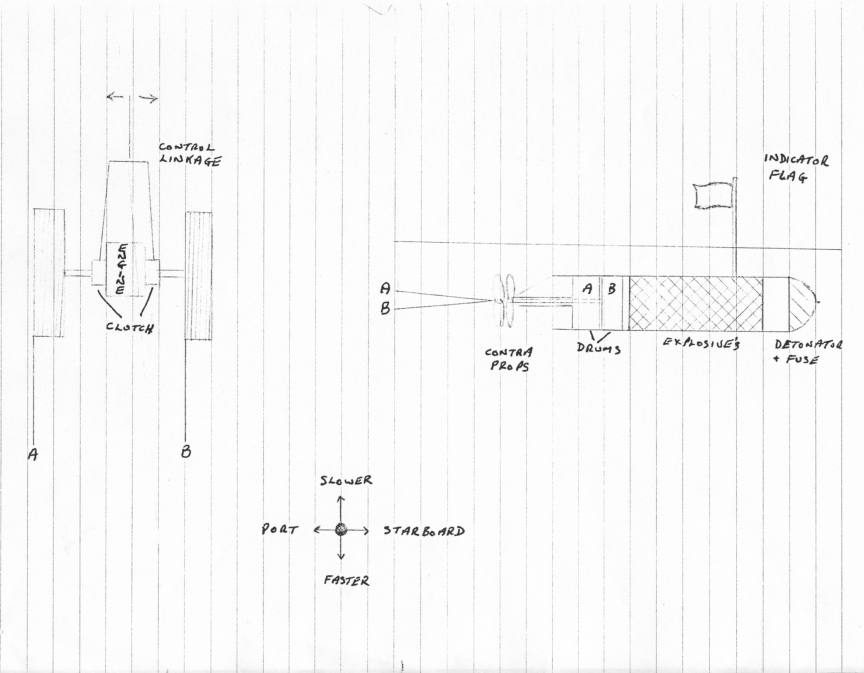 The Admiralty, at first enthusiastic then took against the weapon and in 1884 told Brennan that they had no use ‘for a new way of destroying shipping’ However a few weeks later Brennan received a letter from the War Office stating that they had decided to adopt his torpedo as a means of harbour defence and he was invited to attend a meeting to place a value on his invention. Brennan, considerably out of pocket decided to accept ?40,000 as a quick fix to his financial worries but his able business partner J.R.Temperly took over the negotiations and demanded ?100,000.The War Office agreed to this, but said they would have to pay it over three years. Brennan accepted this, but Temperly demanded another ?10,000 for the delay and after a bit of wrangling the War Office agreed. Brennan was delighted and every year he would drive to the bank of England in a horse and cart and collect the equivalent of his fee in gold bars. The Brennan torpedo became standard harbour defence throughout the British Empire and was in use for more than fifteen years.

Born in Castlebar, County Mayo in 1852, Brennan was still a small child when his family emigrated to Australia, where in due course he attended the College for Artisans in Melbourne. 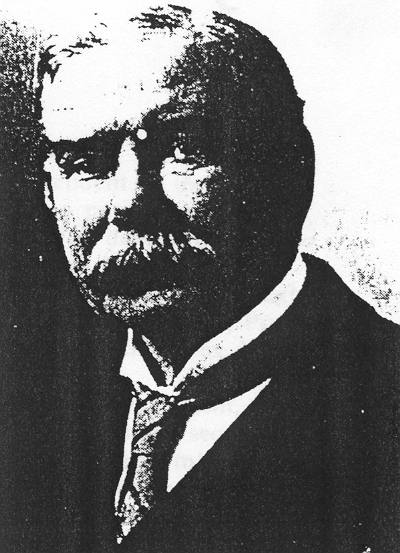 Besides the torpedo he invented a gyroscopic monorail and a type of helicopter. In spite of his inventive genius and a charming personality his private life was tragic. He lost one of his two daughters in the flu epidemic that followed the First World War, his wife was mentally unbalanced, and his son had to give up a promising Army career for the same reason and died at an early age in an institution. Brennan was knocked down by a car in Switzerland in December 1931 and died a month later on 17th January 1932; he was 79 years of age.

Pier Cellars dates from around 1560 when it was used for the storage and smoking of Pilchards. The small buildings above the Harbour have been used as a farmhouse, a grog shop and the local headquarters for the later detachments stationed there in the 1900’s. The cellars were requisitioned by the government in 1889 to house the newly developed Brennan torpedo. Each station had twelve torpedos and was manned by one officer, one mechanist, eight N.C.O.s and two engine drivers. The pier that was adjacent was used to land stores and munitions for the station. 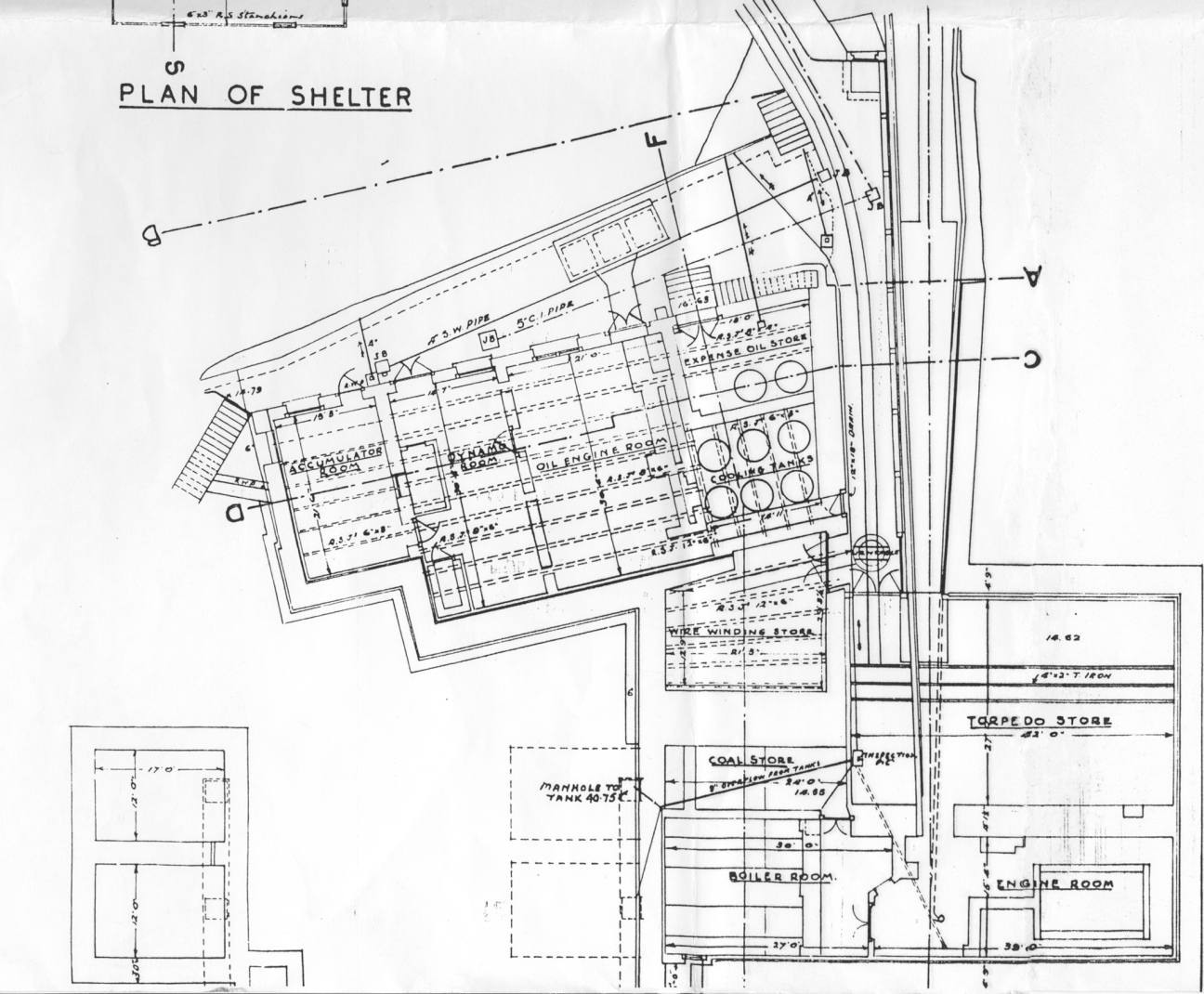 The original engines were steam driven, and after the torpedos were taken out of service search lights were installed which were driven by a generator belonging to Hancocks the fairground owners. Three guns were installed in 1898 to the left of the house. These were a 12 pounder and two QF anti aircraft guns. Two searchlights were used to provide crossbeams to range the guns at night. The station was ‘tested’ in 1901 and 1902 when the lights were operated by a detachment of the Royal Engineers and the guns were manned by the 2nd Devon Volunteer Artillery. 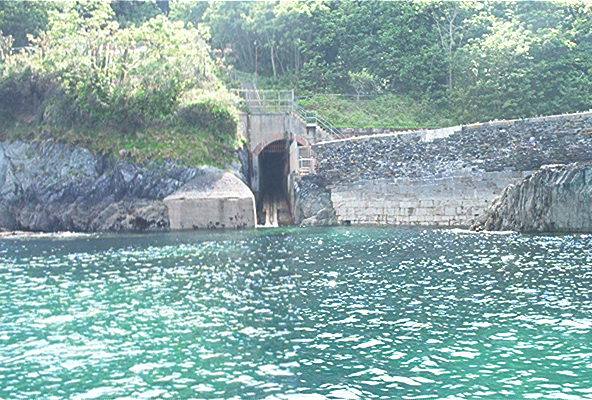 The station was closed in 1906 as the policy changed from static torpedo bases to the torpedo boat destroyer. The stores and equipment were either returned to Chatham or scrapped on site. Although the station was all but closed the guns still remained. The pier was removed in 1914 as a precaution against the enemy using it as a landing place and the guns were finally taken away in 1920. During World War two the station was used for the development and testing of one and two man torpedos of the Welman Chariot type. Pier Cellars is currently used by the navy as an assault course and training base.

Brennan Torpedo: The History and…

This excellent book will tell you all you could wish to know about the torpedo.