During the last two World Wars the Admiralty requisitioned hundreds of trawlers and drifters, and pressed them into service as mine sweepers, Dan layers and the like. Around major dockyard ports like Plymouth, these fishing boats did all the routine and unpleasant tasks that were vital if a port was to be kept safe for the Fleet to operate from. Although their task was not as glamorous as the destroyers or the escort carriers, the risks that they took were nevertheless the same, and very many of these tough little craft were blown up by mines, torpedoed, or sunk by enemy aircraft. It certainly wasn’t a cushy number, and until fairly recently their contribution to Britain’s maritime history has gone largely unrecorded. 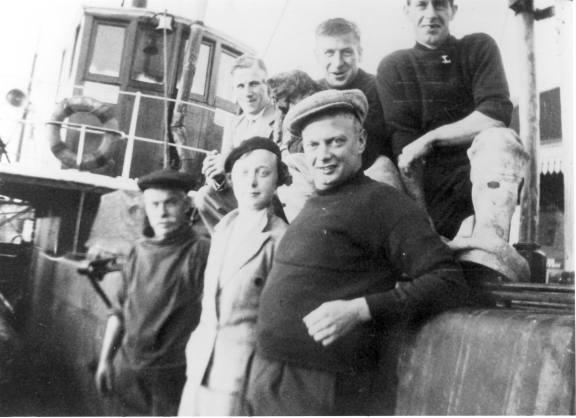 The crew of the Elk before the War.

Because of the great sea battles in the Atlantic, or the unremitting bombing of cities like Coventry or Plymouth, the loss of an ageing trawler on a dark night just didn’t make the news. Often the only record of the ship’s passing was a terse line in the Navy’s Official Loss List. One such entry is dated 27 November 1940 and refers to the 181-ton trawler Elk. The Elk, a 108-foot long boat was built by Cook Welton and Gommel of Hull in 1902, and she led quite an ordinary life fishing out of Grimsby until the outbreak of the First World War. Then she was requisitioned by the Admiralty, used as a minesweeper, and later sent out to the Dardanelle’s to help with the evacuation of the British Army after Churchill’s little fiasco in 1918. 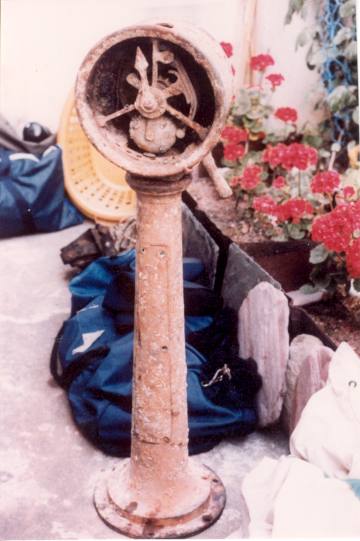 At the end of that war she was repatriated to her owners, sold on to new ones, and for the next few years carried on fishing from Milford Haven. However the outbreak of the Second World War soon put a stop to all that, and once again the Elk was requisitioned in October 1939. Her career however only lasted eleven months, and on one dark November night she struck a mine and swiftly sank. The official report into her sinking revealed that the Elk was lost whilst attempting to sweep acoustic mines with an experimental sweep designed at the Royal Naval Engineering College at Keyham, Plymouth. The new sweeps made some sort of noise, but one side of the Elk impeded that noise, and so she drifted onto the mine on her ‘blind’ side. The explosion fractured the hull from the engine room to aft and the Elk took about 45 minutes to sink. Thankfully there were no casualties as they had plenty of time to get off, and there were other ships nearby. 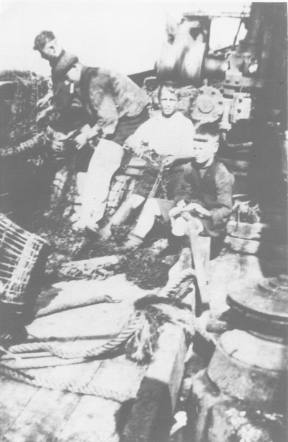 Family fun day before the War.

Lying upright on a sandy bottom in 105 feet of water, the ship looks at first sight almost complete. The bow’s, together with the neatly stowed anchor and winch are covered with dead men’s fingers, and the hatchways leading to the fish holds are still structurally safe, so it is quite easy to get inside the forepeak and have a good look around. Along the starboard side going aft, is a hole giving access to the engine room, which still contains a mass of machinery and some brass pipes. The cabin superstructure is still fairly intact, and lashed in the starboard companionway is a bank of eight or nine car batteries. This foxed me for a while until I realized that they were needed to power the experimental sweep. (Talk about a lash up.)

The after part of the cabin, once used to house the toilet, now lies in pieces on the sand, but the toilet itself, still stands firmly bolted to the trawler’s deck. Obviously it will take more than a mine to dislodge this one. There were still portholes on it when I first dived it, but they are all long gone, along with most of the other large goodies, but there are still some nice pieces in the engine room for anyone handy with a hammer and chisel. The portside is a bit more ramshackle, with much more debris lying on the sand. Access into the cabin area is easier from this side, but there are a lot of jagged pieces of metal, so a bit of caution is needed. Likewise when sorting through the debris on the sand on subsequent dives, we came across to large artillery shells buried in the sand. 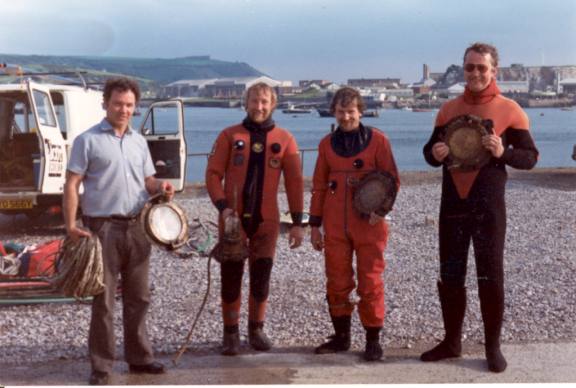 Where did all those portholes go?

We later found out that the whole area had been used as a minefield during the war, so it is fairly certain that a few other nasty surprises could be hidden close by. The fish life on this wreck is surprisingly varied, and for once the rumours about a large conger lurking in the wreck are quite true. So think twice before hauling out that ‘long piece of lead pipe’, or you might get the same shock that my partner did. The lobsters, which are quite large, seem to prefer the outside of the ship underneath the jumbled pieces of plating, and the ever present bib and pouting swarm all over the wreck in a huge cloud. They say that all good things come in small packages, and that just sums up the Elk. At 105 feet you only have about 20 minutes, and believe me it is just not enough. 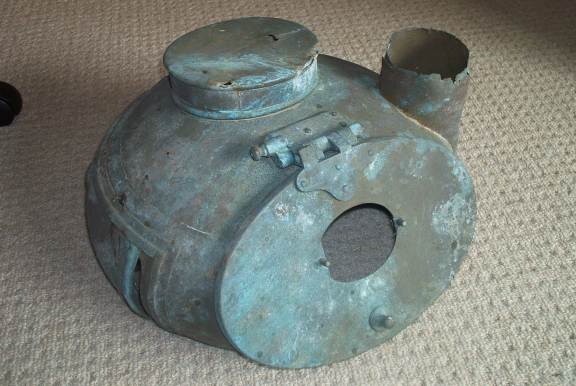 The binacle from the Elk.

I still dive the Elk on a regular basis as its great to film and just perfect for an evening dive. Unfortunately it has now become a lot more damaged. Storms did a lot but what really did the damage was some idiot winching up whole parts of the deck to get at some large brass valves that went right through the deck. The cabin and toilet are now long gone, and so are the batteries. The anchor is gone and most of the main deck, and the engine room is empty, although someone found a glass lampshade there only the other month. The which is still there and the conger, or its offspring still lurk slyly for the unwary. For all the damage it’s still a great dive, it is just so atmospheric. The bib still swarm all over the wreck, giving it a ghostly unreal quality. I am just glad that I was there shortly after this wreck was found, and so saw it in its best condition. If you get a chance dive her, you wont regret it.

Update June 2009 I did an evening dive on the Elk in June 2009. It was absolutely flat calm and the vis was about 20ft with just the lingering bit of plankton. The hull is slill more or less intact but all the decking is mostly gone revealing the boiler and giving easy access to the inside of the hull. You can still see where the toilet was and the winches are there, but its a shadow of its former self. Even so it is still a good dive. It’s deep enough for it to be a bit exciting, and there is plenty to look at in the short time available. Peter Rowlands our resident ‘veteran’ photographer took the pics below. (mine were just as good, but somehow I lost them in the computer) 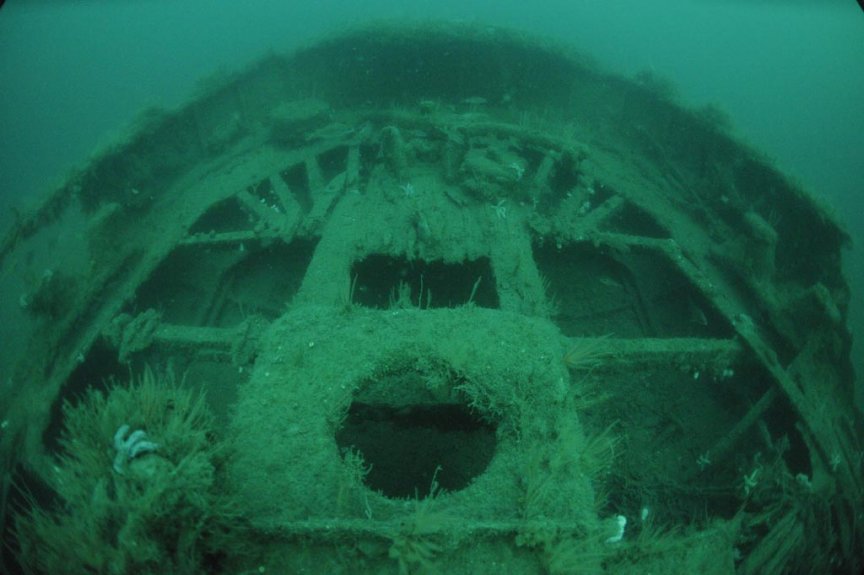 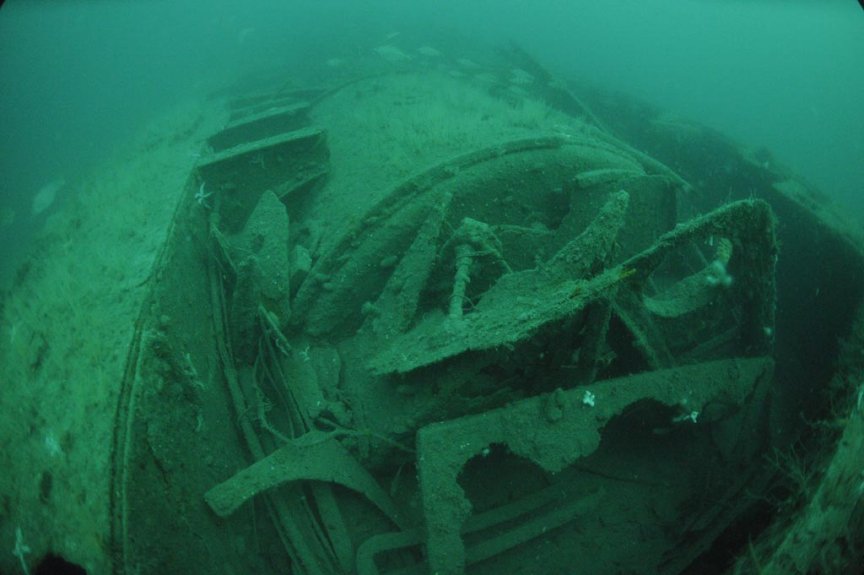 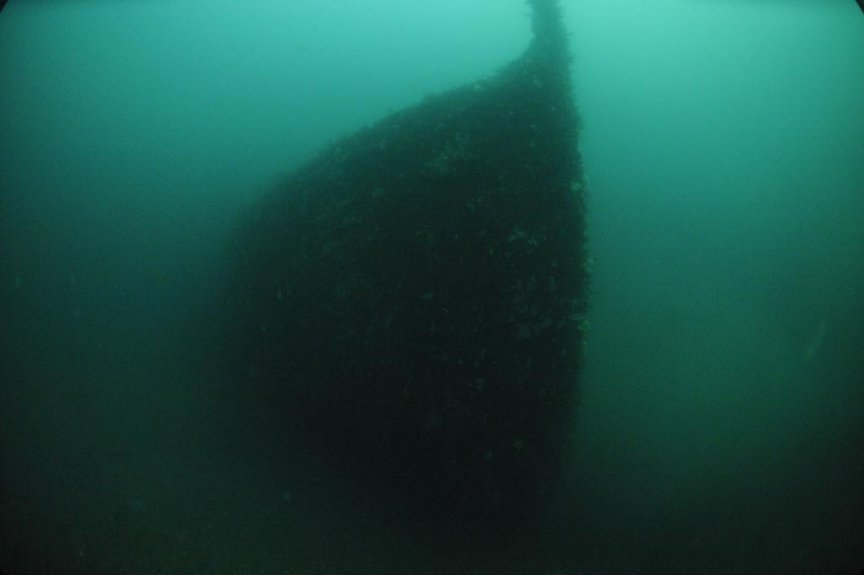 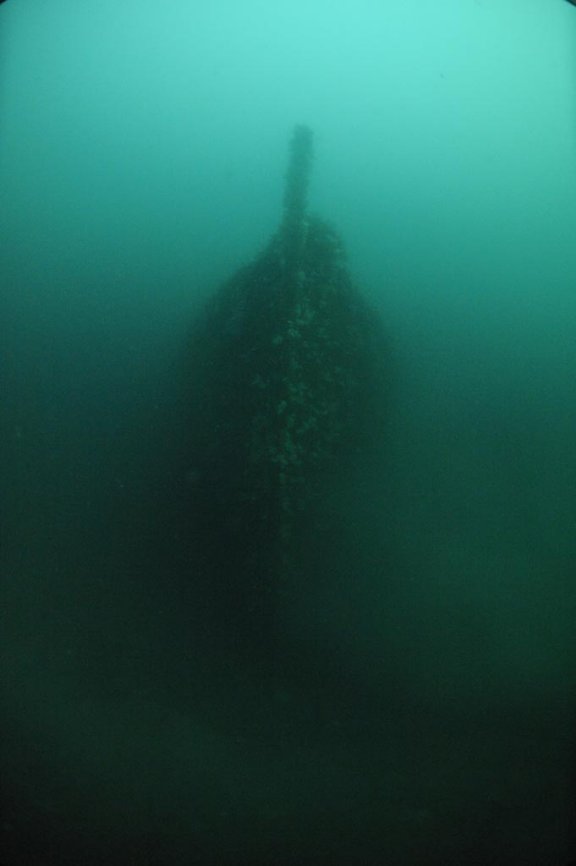 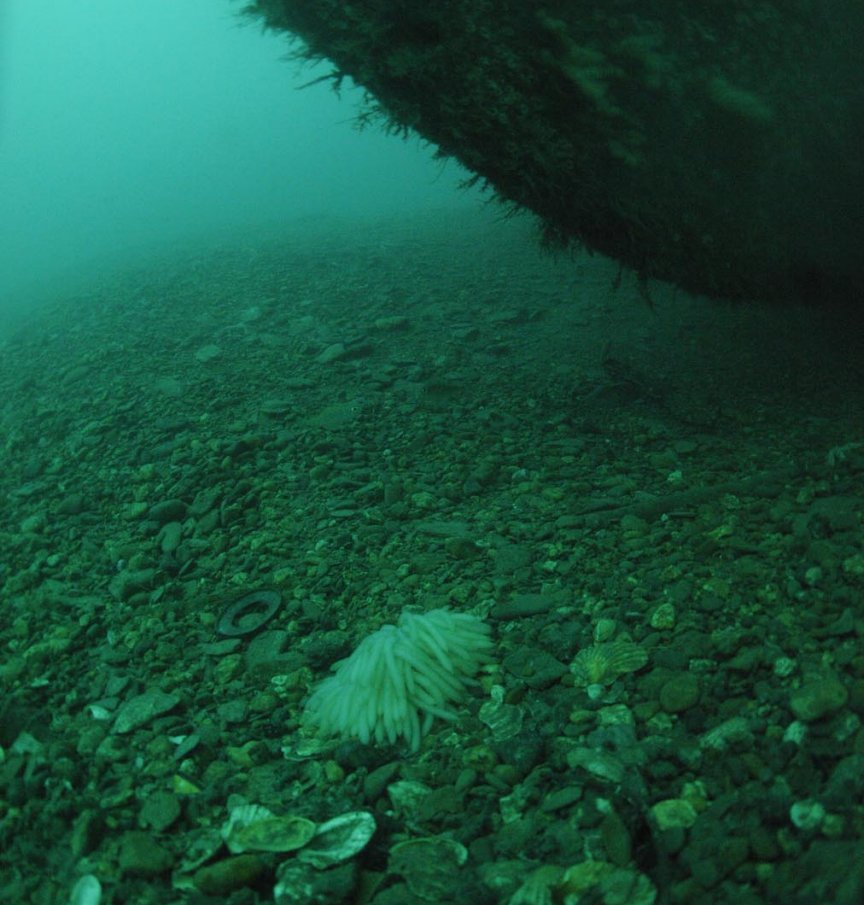