This is one of the first shipwrecks that I saw on the Cornish coast. It is on the beach over towards Polhawn Cove on the Rame Head side of the Bay. There is a convenient car park, and the path down to the beach is easy to find and not too steep. It is a lovely part of the Bay, much loved by families and their children as the sea is usually sheltered by Rame Peninsula and so safe to bathe in. In 1975, Mr. Burland put most of his savings into a boat called the Emma Christ which he bought from the Ministry of Defence. The idea was to convert it into a diving tender. During the rest of the year the work proceeded at a good pace and by November 1976 she was ready to take her Board of Trade Survey, which was held in Dartmouth. N Saturday November 8th the Emma Christ set sail from Plymouth to conduct trials in Whitesand Bay. After an hour or so the engine stopped due to a fuel blockage, and the ship rode at anchor for three hours whilst the crew tried to sort the problem out.> 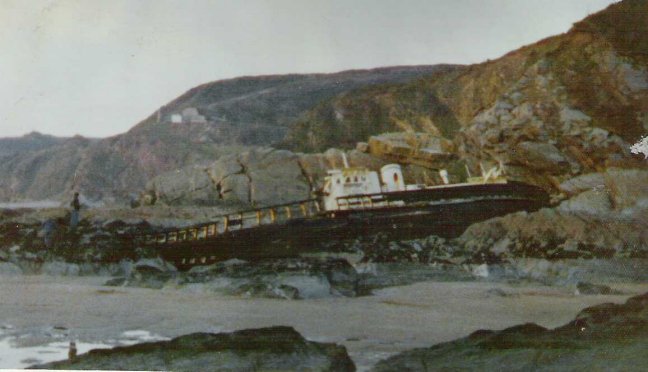 Suddenly there was a loud bang as the anchor cable parted and the ship started heading for the shore. Although there wasn’t a full blown gale the seas had got up and as the ship neared the rocks the surf became much more severe. The crew couldn’t start the engine, because the air bottles needed to turn it over were empty, and the air compressor seized up after only working for a few minutes. 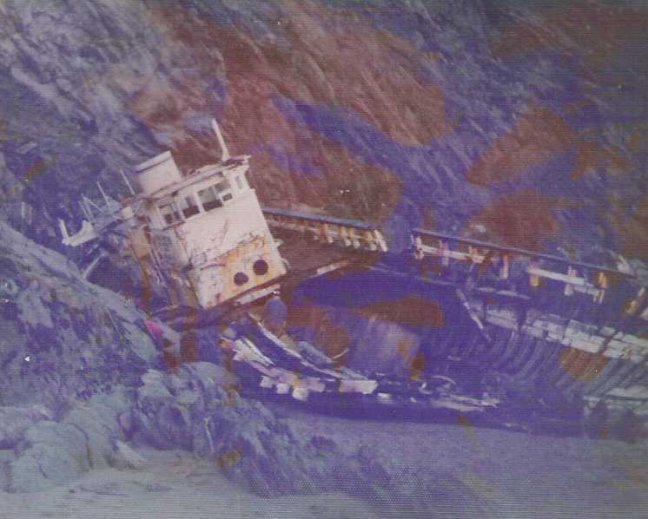 In desperation two more anchors were thrown over but they didn’t hold and within minutes the Emma Christ was swept onto the rocks. Mr. Burland sent up flares and the Lifeboat and Helicopter were scrambled. When the helicopter arrived the ship had been pushed under the two hundred and fifty foot cliffs, was beam on, and being buffeted quite strongly by the waves. Two crewmen had scrambled off the ship on to the rocks, but the Lifeboat could not approach near enough to rescue the other two crew, so the helicopter, hovering very close to the cliffs winched the other two off the boat to safety. 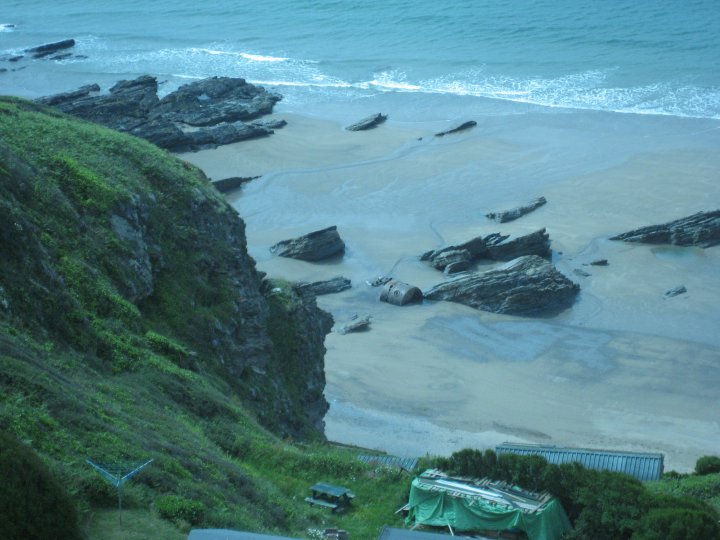 The next day Mr. Burland stood on the cliffs looking down on his ruined boat. The Emma Christ was already starting to come apart and he new that salvage was not an option. His hopes of running a diving tender were over, and all that was left was the dream. 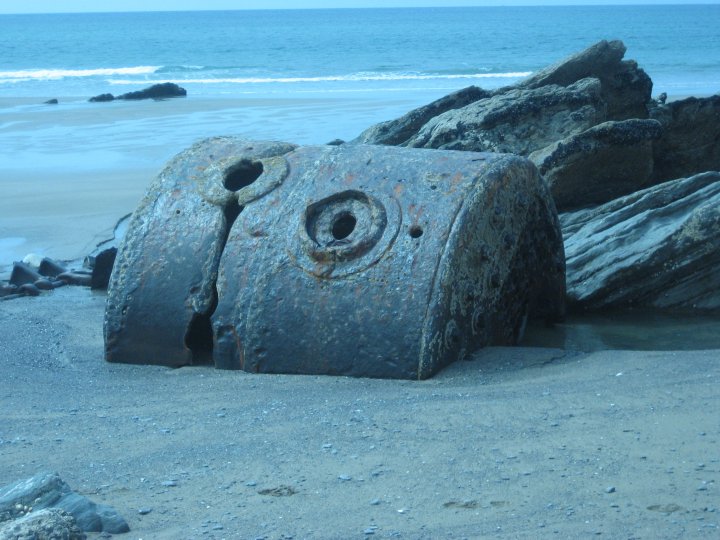 Now a days there is not a lot left of the Emma Christ except for a rusting boiler half buried in the sand and masses of iron plate sticking up out of the sand. Still the walk is great, even if the climb back up is a it of an effort. 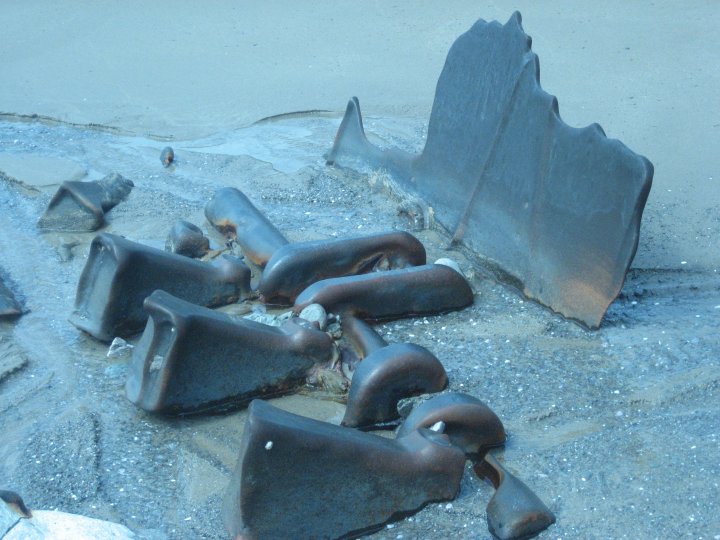