Whilst all the commotion with the Noordzee was going on, an elderly trawler called the Artie Explorer, had sailed into Plymouth and was quietly moored in Turnchapel Bay ,just up theCattewater.118feet long and weighing273 gross tons, the Artic Explorer had been originally named the Barbara Patton, and had fished around the Scottish coast from the port of Aberdeen. In 1972 she was renamed the Artic Explorer and later bought by a Capt. Silas Oates, who was the marine superintendent for the salvage firm of Coastal Marine. According to Capt. Oates, the vessel was to be used as a support ship in an attempt to do some salvage work on the battleship Empress of India, which lies under nearly two hundred feet of water in Lyme Bay. 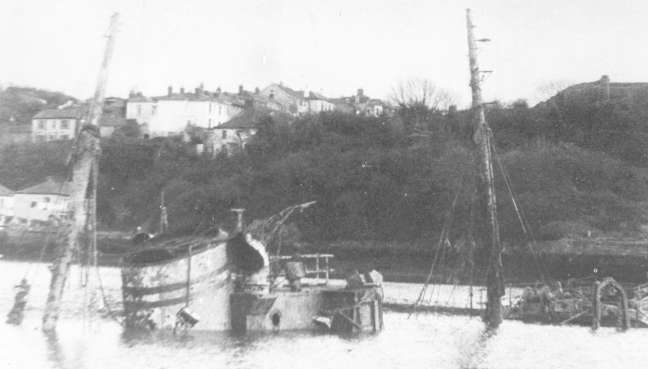 Unfortunately the Artic Explorer was in a pretty bad state, and after a couple of weeks it was decided to scrap the vessel. She was soon stripped of all her equipment, and preparations were put in hand to tow her to Blyth, near Newcastle, for scrapping. Early one morning during February 1979, Capt. Oates was on board the Artic Explorer when, in his own words, “water just started to rush in.” “I was surprised how quickly she went down” he later said. An eyewitness on the shore explained that the Artic Explorer “sank ever so gracefully. The stern went first, a nice fountain of water shot up from her, and it was all over in five minutes”. The wreck was marked and the Harbour Commissioners later issued a clearance order. A couple of attempts were made during that year to raise the ship, but I suspect that these were token efforts made to satisfy the Harbour authorities. 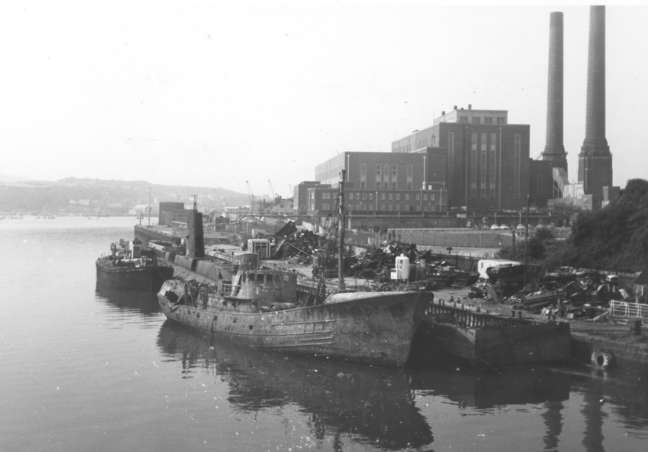 Could have made a nice dive.

Marine law, especially when it relates to salvage, can be very complicated, and a row had broken out about who was responsible for clearing the vessel, and this was used by the owners as an excuse for doing nothing. Still in 1980 a serious attempt was made by The owners to lift the Artic Explorer. The main idea was a variation on the tidal lift. Two huge Buoys were placed, one either side of the wreck At low tied. The ship was filled with air, and as The tide came in and began to float the vessel, Pumps would start to empty the water out of The holds. At first all went well. The Artic Explorer got over half way up, when she Suddenly started to list. Before anybody could do anything about it, she flopped completely over and went straight back to the bottom. Capt. Oates and his team gave up in disgust, and there the Artic Explorer lay for another year until a small local firm, Chief pack, decided to have a go.

Chiefpack was fronted by two divers, Nigel Boston and Roger Stephens. They got together various friends, and together they worked around the clock to free the ship, which by now was lying on her side embedded in fifteen feet of sticky mud. More than two hundred and fifty hours of solid diving were needed to prepare the wreck for lifting, and an awful lot of planning. Chiefpack’s idea was to use the tide to provide the initial lift, and then drop her onto a nearby sand bar to start pumping operations. Hopefully, by the time the next high tide was due enough water would have been got rid of to enable the vessel to be pushed upright by the sea as it came in. 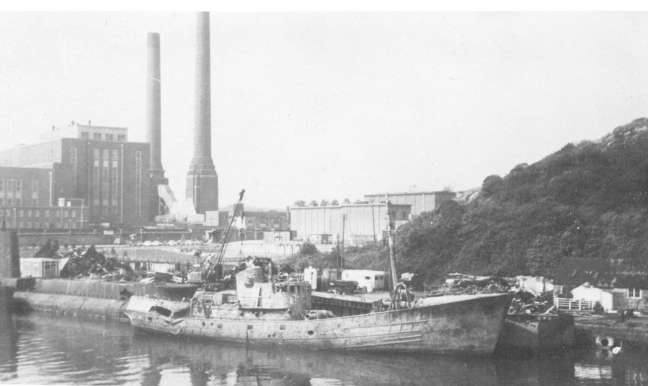 Safe at the scrapyard.

On the day three massive pumps sucked the holds clear of water, and then cleared the engine room and fish holds of mud and silt. Wooden bungs were used to stop up any holes, and at low tide the ship was pumped full of air. As the tide started to come in the vessel slowly rose to the surface until her masts, and then her starboard side became clearly visible. When the Artic Explorer had freed herself from the mud, she was taken in tow, still on her side and carefully edged onto a sandbank about fifty yards away. So far so good. All through that night and the next morning, the divers pumped the rest of the water out of the ship, and when the high tide came that afternoon, it lifted the ship off the sandbank and helped to right her completely. Once again the Artic Explorer was safely afloat, and soon she was moored back at Turnchapel. Chiefpack were jubilant, but not for long. As already mentioned, the scrap metal market had nose-dived that year, and the price offered for the wreck was well below their expectations. In their disappointment Chiefpack nearly took the ship back out to sea with the intention of scuttling her for use by recreational divers. But in the end they realised that anything is better than nothing, and the scrapyard got the Artic Explorer in the end. Pity, she would have made a very nice dive.

I am gratefull to Andy Hall for the photo below which shows him (on the right) and his brother. Andy was a deckhand on the Artic Explorer, then the Barbara Patton in the sixties, before moving up to first fisherman (Bosun) 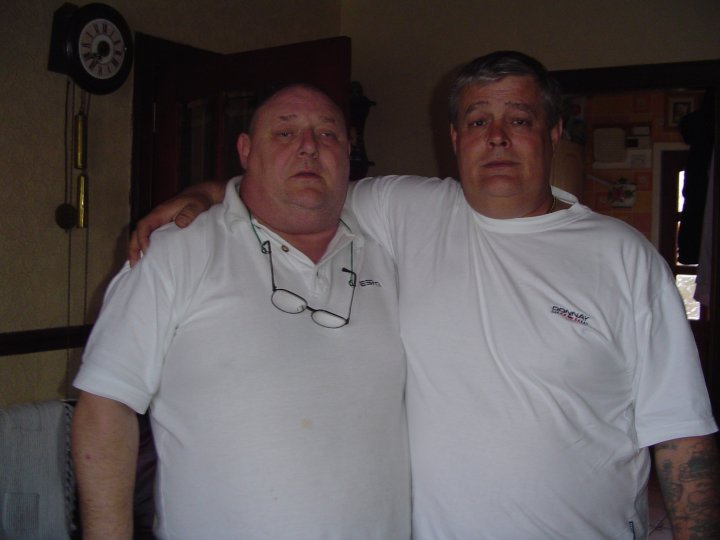 Have a look at his site.