Boxing Day 1912 saw the South-West peninsula lashed by a hurricane and thunder, lightning and torrential rain were felt by all, more so by the seamen on board the ships plying the West Country coast. Ship after ship headed for the safety of the ports and harbours along the exposed coastline, one of which was the Amazon river boat Goyaz. Having just been completed at Dordrecht in Holland, she had left Rotterdam to make her way to Para on the Amazon river in South America. She was 240ft. long with a draft of 9ft. and had accommodation for 3,000 passengers. As the storm increased Captain Stada anchored the vessel in Jennycliff Bay with two other ships, the Ottawa and Guild Mayor. 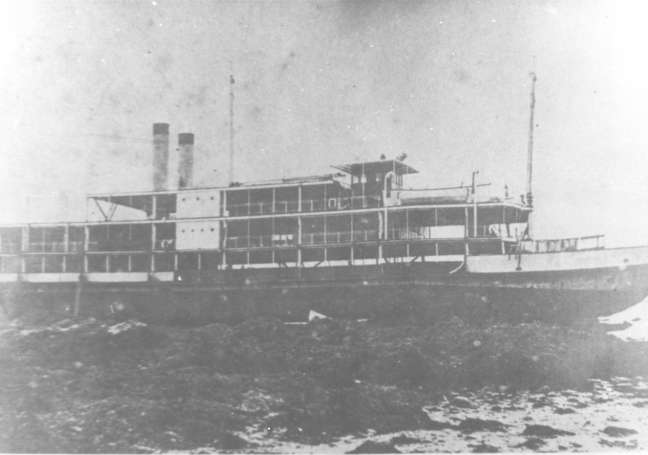 At the height of the storm, the Goyaz’s anchor chains parted and, even with full steam up, she was unable to maintain her position. With her high superstructure and flat bottom she was soon blown shorewards, running down on the Guild Mayor and taking away her bowsprite and foremast. The Goyaz, now at the mercy of the wind, was blown broadside onto the rocks. Subsequent inspection of the hull found that there were several holes in the outer bottom and pumps ferried out to the vessel were unable to contain the water level as the tide came and went. For several weeks workmen removed stores and coal in an attempt to lighten the vessel, but repeated attempts to refloat the ship failed. A cofferdam of wood and concrete was built inside the ship and all the holes filled with wood wedges. 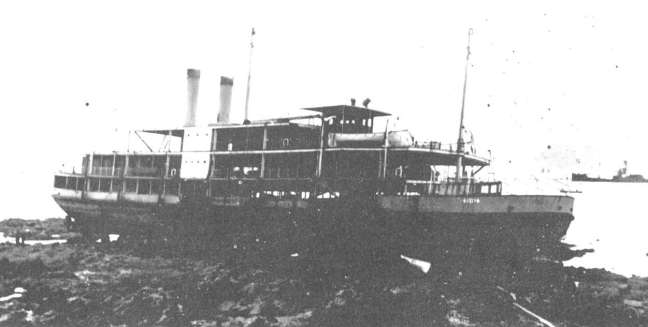 The salvage team decided to carry out another attempt to refloat the stranded steamer on the 23rdJanuary, 1913. Using dynamite, several areas of rocks adjacent to the vessel were blown away. On the high spring tides the salvage ship Lady of the Isles and the tugs Dragon and Milford commenced towing. Within a short time the Goyaz was afloat and quickly towed into Millbay Docks to be placed into dry dock for repairs before recommencing her journey.