Gritviken (the word is Swedish for Pot Cove) is the principle settlement in the UK territory of South Georgia in the South Atlantic. It was so named by a 1902 Swedish surveyor who found four old English try pots used to render seal oil at the site. 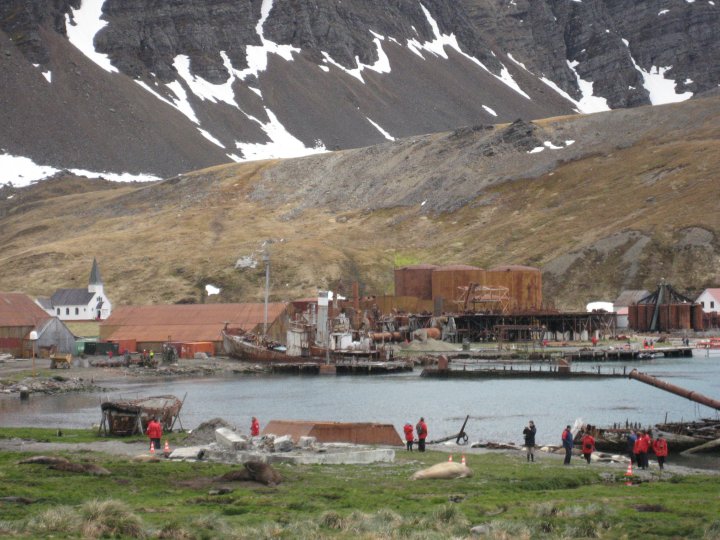 It is the best harbour on the island, consisting of a bay, ,King Edward Cove,within a bay, Cumberland East bay. The site is very sheltered, provides a substantial area of flat land suitable for building on, and has a good supply of fresh water. 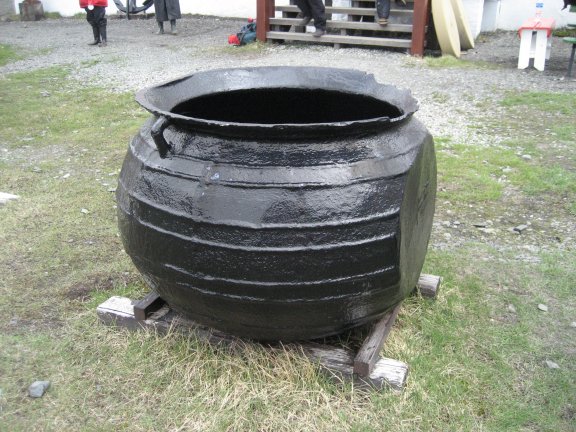 One of the Try pots found at the original settlement.

The settlement at Gritviken was established on November 16, 1904, by the Norwegian sea captain Carl Anton Larson as a whaling station for his company The Argentine Fishing Company. It was extremely successful with 195 whales taken in the first season alone. The whaler’s utilized every part of the animals. The blubber, meat, bones and viscera were cooked to extract the oil and the bones and meat were turned into fertilizer and fodder. 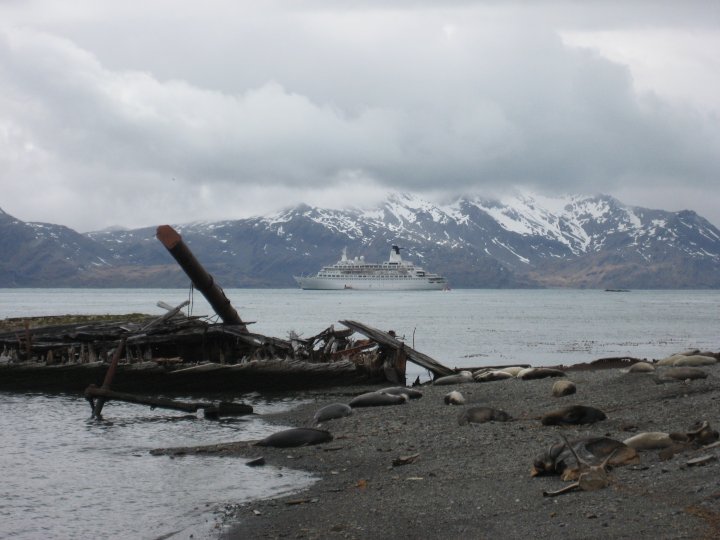 Looking out from the abandoned whaling station.

Elephant seals were also hunted for their blubber. Around three hundred men worked at the station during its heyday, operating during the southern summer from October to march. A few remained over the winter to maintain the boats and factory. Every few months a transport ship would bring essential supplies to the station and take away the oil and other produce. The following year the Argentine Government established a meteorological station. 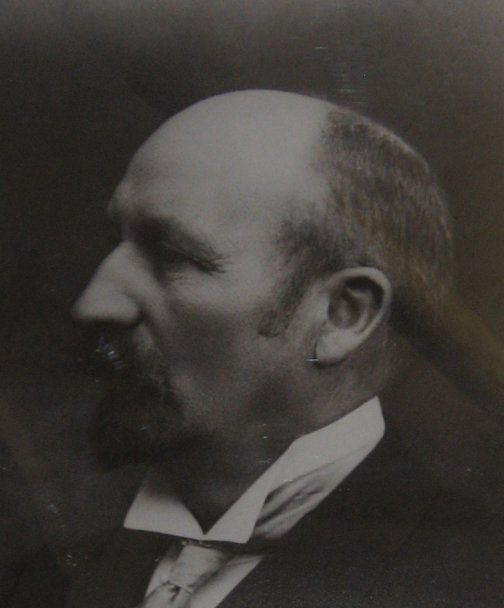 Carl Larson the founder of Gritviken was a naturalized Briton born in Sandefjord, Norway and he had his wife, three daughters and two sons with him at the whaling station. As the manager of the Company, Larson organized the building of Gritviken, a remarkable undertaking accomplished by a team of sixty Norwegians since their arrival on 16 November until the newly built whale oil factory commenced production on 24 December 1904. Larson chose the whaling station’s site during his 1902 visit whilst in command of the ship ‘Antarctic’ of the Swedish Antarctic Expedition (1901-1903) led by Otto Nordenskjold. 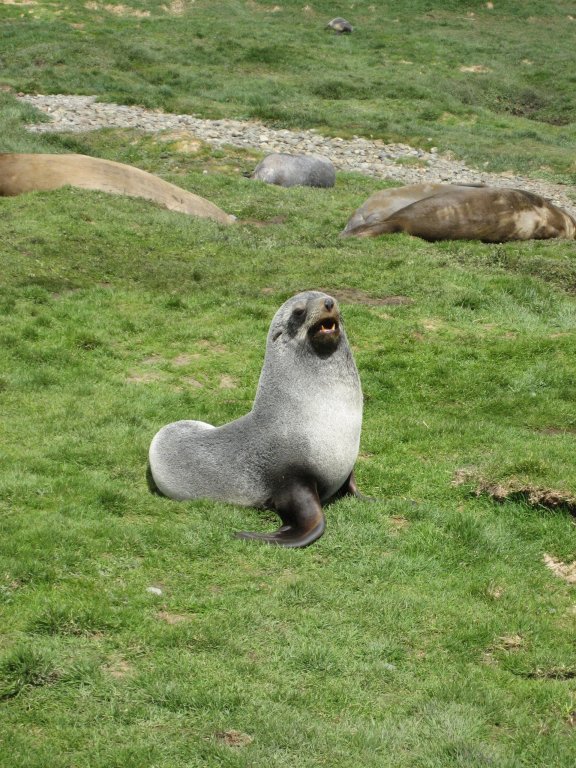 Fur seal (they hunted these).

On that occasion, the name Gritviken was given by the Swedish archaeologist John Gunnar Andersson who surveyed part of Thatcher Peninsular and found numerous artefacts from sealers including several try pots that were used to boil the seal oil. 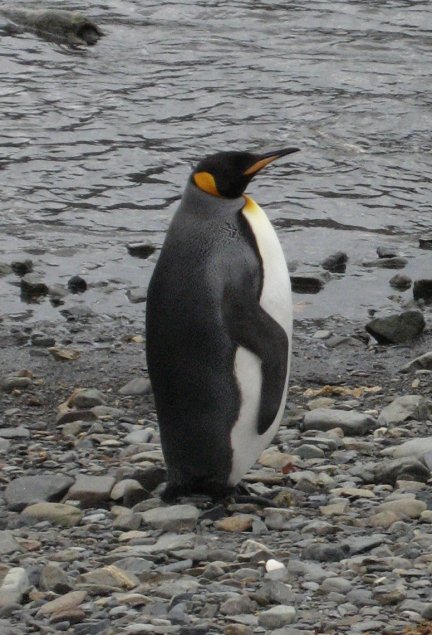 Managers and other senior officers of the whaling stations often lived together with their families. Amongst their offspring was Solveig Jacobson who had the distinction of being the first child ever to be born in Antarctica on 8 October 1903. 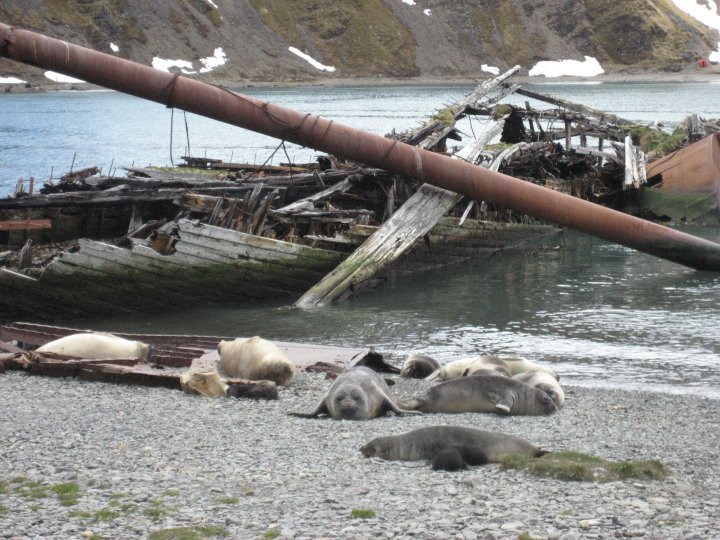 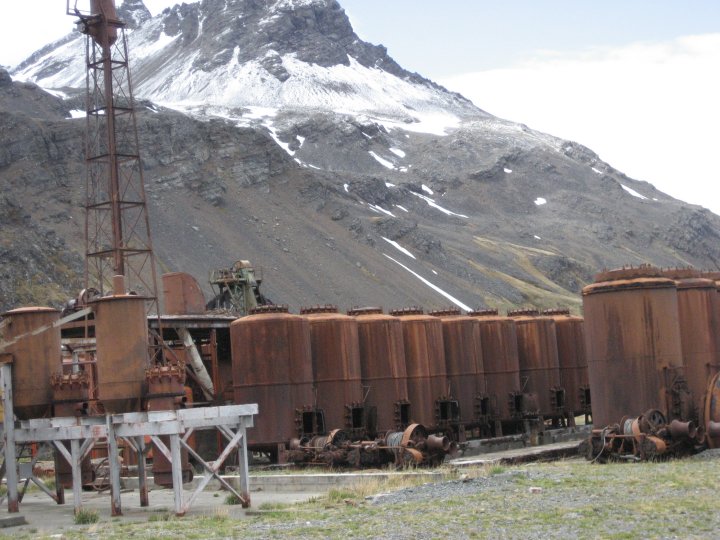 Remains of the ovens for boiling the blubber.

The whale population in the sea’s around Gritviken was substantially reduced over the following sixty years until the station was closed in December 1966 by which time the whale stocks were so reduced that it became uneconomical. Some estimate that in that time over sixty thousand whales were destroyed. Even today the shore around Gritviken is littered with whale bones and the rusting remains of the whale oil processing plants and the abandoned whaling ships.