About six years ago, half buried in a hold deep within the James Egan Layne, I came across a cast iron lump about four feet long, topped off with a large solid brass cap. Now I say that I found it, by judging by the gouges and scratch marks in the brass cap, I would think that I was far from the first diver to have seen it, and obviously many others had tried to obtain the brass cap for themselves. After quite a few attempts on my part, I began to realise why they had been unsuccessful, and became convinced that short of blowing the cap off, the only other way was to lift the whole thing out of the water. There were however two major obstacles in the way of this approach. The first was the fact that the lump weighed just about a ton and a half. 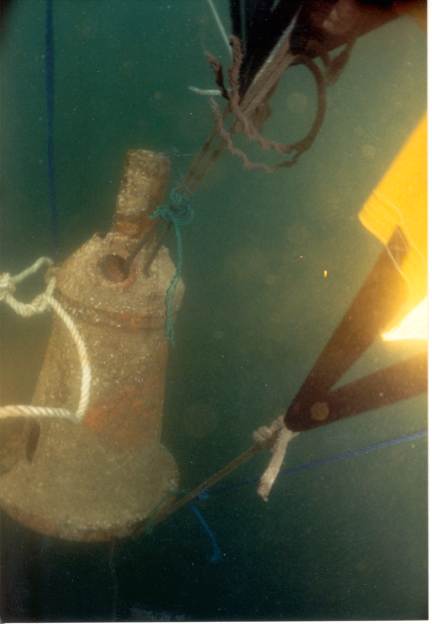 This in itself was not insurmountable, but the second obstacle seemed to be. The lump you see was stuck in a hold two decks down. In order to remove it, you would have to lift the lump just off the bottom of the hold, move it about fifty yards sideways, and then guide it through various ragged openings on its upward journey to the surface. This did not seem a very feasible proposition to me, and for the next three years or so I contented myself with occasionally visiting ‘my’ lump to make sure that nobody else had nicked it. It was to be a series of severe winter storms that eventually gave me my opportunity to have a go at raising ‘my’ lump. Over a period of two years, massive waves that had threatened to destroy entire coastal villages in Devon and Cornwall has also wreaked havoc on the wreck of the Egan Layne. Massive cracks had appeared in her sides, and large chunks of her top deck and superstructure had been wrenched off and flung into the sand sixty feet below. After one particularly violent storm I visited the wreck, and to my delight saw that a hole had been opened up almost directly over where the lump was positioned. Now I could finally have a go. 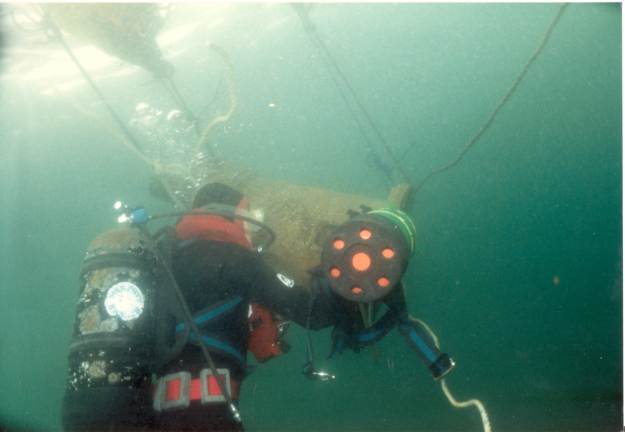 Topping up the lifting bags.

I am not a great one for detailed planning, I much prefer just to slap on some lifting bags, sit back and await developments. This sort of ‘suck it and see’ approach usually gets results, but this time all it produced was a total disaster. The lump was resting on a pile of assorted debris at the bottom of the hold right near a bulkhead. My buddy and I fixed on three lifting bags and filled them full of air. Nothing happened so more air was pumped in and everything started to quiver. Even more air was pumped in, and although the bags were stretching the ropes bar taut, the lump refused to move. Now we knew that the lifting bags were capable of raising the lump, so we thought ‘what the hell’ and shot all the remaining air into the bags. The ropes holding two of the bags parted with an almost audible twang, and the bags hurtled to the surface in a great roar of escaping bubbles, frightening both of us half to death. Obviously the ‘suck it and see’ principle was not going to work so off I went to enlist the aid of the professionals. 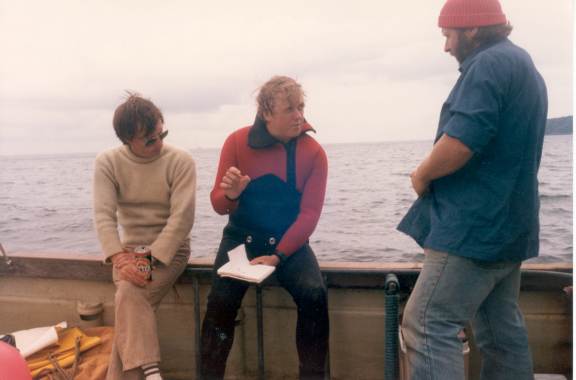 Roger, on right, giving a briefing.

The professional I had in mind has a large boat, Excalibur, wears a red hat, and goes by the name of Roger Webber. His usual response to my schemes is to rush around crying “don’t be daft, it can’t be done”. This time however I appealed to his expertise in planning. After all I reasoned, not only have we got to lift this lump but we also have to tow it all the way back to Queen Anne’s Battery, not an easy task. Roger fell for this subtle approach and a few days later I found myself back on the Egan Layne with him and Steve Carpenter from Sound Diving, who provided the lifting bags. After showing Roger proudly around my lump, we returned aboard Excalibur and Roger disappeared into his wheelhouse happily muttering about tidal vectors, lift capacities, towing speeds and other technicalities. 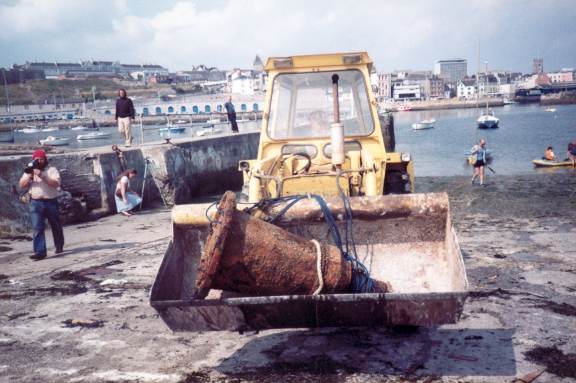 Carting off the ‘lump’ to its trailer.

With Roger safely out of the way I assumed the mantle of Project Director and directed Steve to go down and fix on the .lifting bags. “Just fill them half full of air” I said importantly, “then I will nip down and take some photographs”. With a time honored gesture that I generously took to be one of acceptance, Steve disappeared over the side. Shortly after Roger emerged from his wheelhouse issuing a string of instructions for the correct fixing of the lifting bags, towropes, etc. When he realized that Steve had beaten him to it, Roger contented himself with uttering dire warnings about people who got too impatient and did not plan things out properly. As Project Director I gravely ignored all this and gazed in what I hoped was a knowing way at the calm surface of the sea. 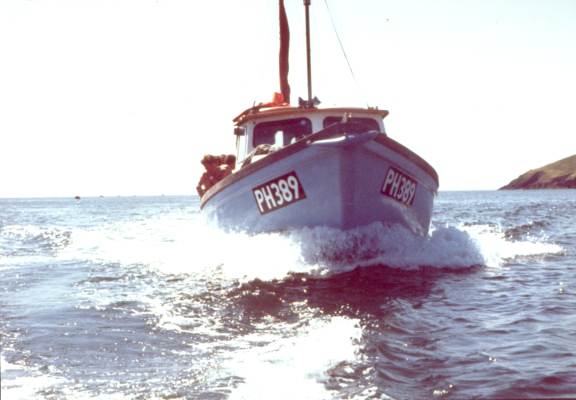 Right on cue the water started to boil and three bright yellow lifting bags shot out of the water like Polaris missiles. In amongst them was a red faced Steve Carpenter still clutching the air bottle that had caught in the ropes! Apparently after fixing on the bags, Steve had filled them to half capacity as instructed, when suddenly the lump stood up on its base, gave a sort of shudder and rocketed to the surface with a petrified Steve still hanging on to the air bottle whose line had become entangled at the bottom of one of the bags. As he came back on board I gave Steve a ‘hard stare’ and before Roger could say “I told you so” I said in my best Project Director’s voice, “well done lads, I just love it when a plan comes together”. Exit Roger to make the tea. After all that, the rest of the day passed uneventfully. Roger rigged a very long towrope and we commenced the tow back to the slipway at Queen Anne’s Battery. 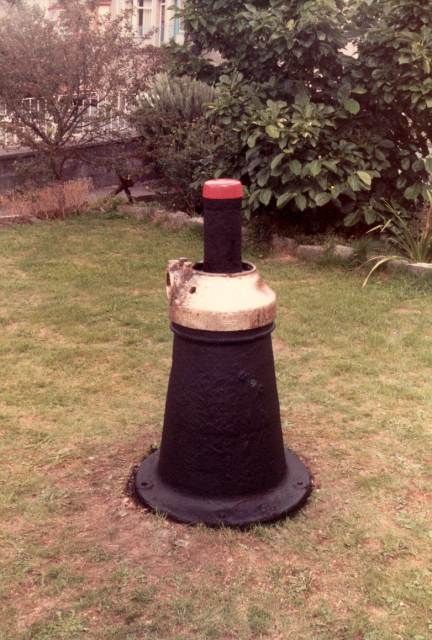 Contrary to my expectations the lifting bags lost very little air, and apart from periodic ‘safety’ topping up they provided no sudden emergencies. Roger had done his tide calculations perfectly, and we arrived back at the Battery at high water so we were able to dump the lump right at the top of the slipway. The next morning we borrowed a bulldozer and a large trailer, and transported the lump to its final resting place, my front garden. If you are ever in Plymouth, please feel free to come and see it. If you ply Roger with strong drink, he might even show you the video he made. It is very funny, but the Project Director doesn’t come out too well.