Mortehoe is a jewel of a village set almost on the coast of North Devon. Nearby is Morte Point, Baggy Point and Rockham Bay. All of them have seen shipwrecks and storms so the beauty of the area is deceiving. However there is no denying its beauty and a short walk to Rockham Bay( about 20 mins ) will allow you to sample it to the full, as well as the chance to examine the wreckage of the S.S. Collier wrecked here in January 28th 1914. 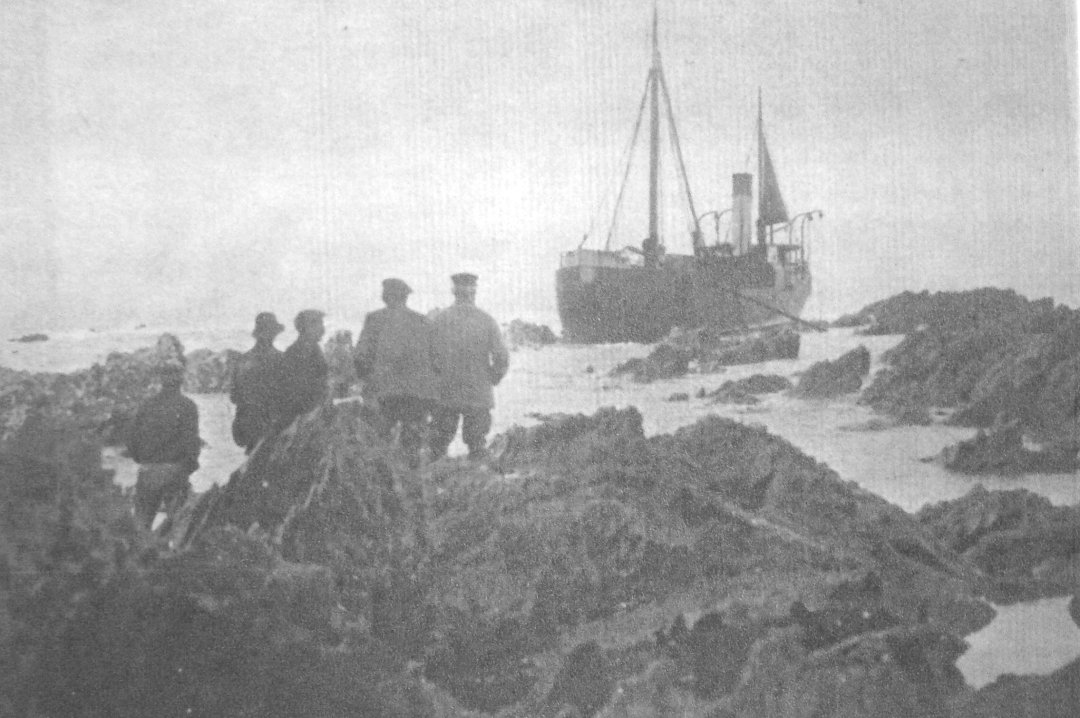 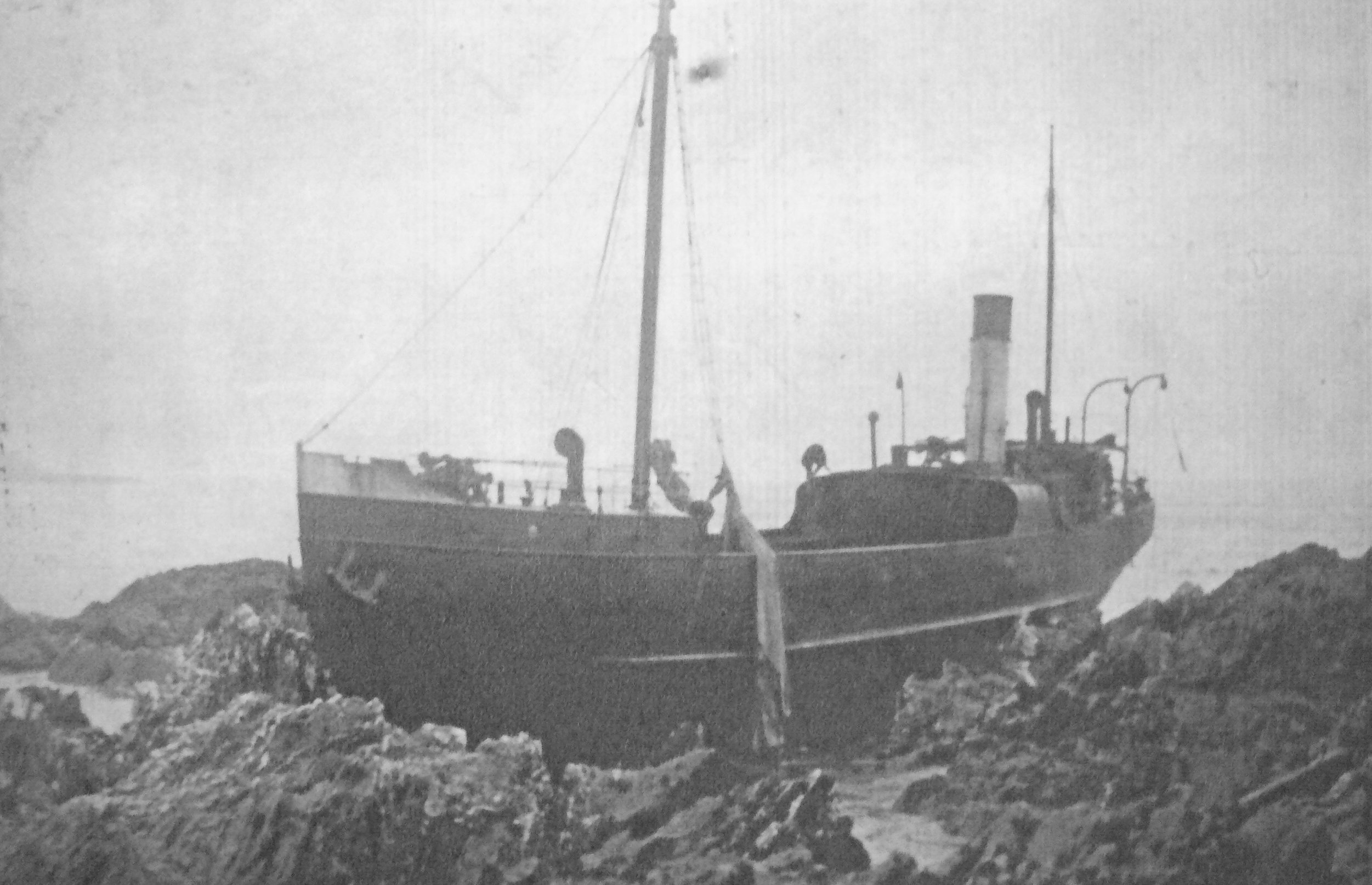 The path to Rockham Bay is well signposted from the village and wends its way down through part of the village to the top of the cliffs. You can easily see where the path branches to the left to go to Morte Point, but we go right through a gate, and down a half path and half steps towards the Bay. At the top of the Bay, there are some concrete steps and a very steep wooden set of steps that get you down to the beach. It is very easy going down, but a killer coming back as the treads are quite high. From the top of the cliff you can easily see the boiler of the wreck so that will help you go in the right direction when you get down onto the sand and head out over the rocks towards it. 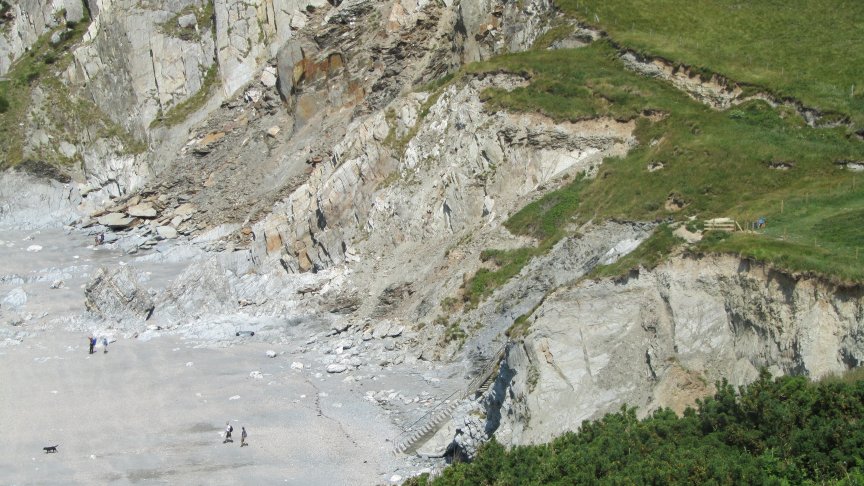 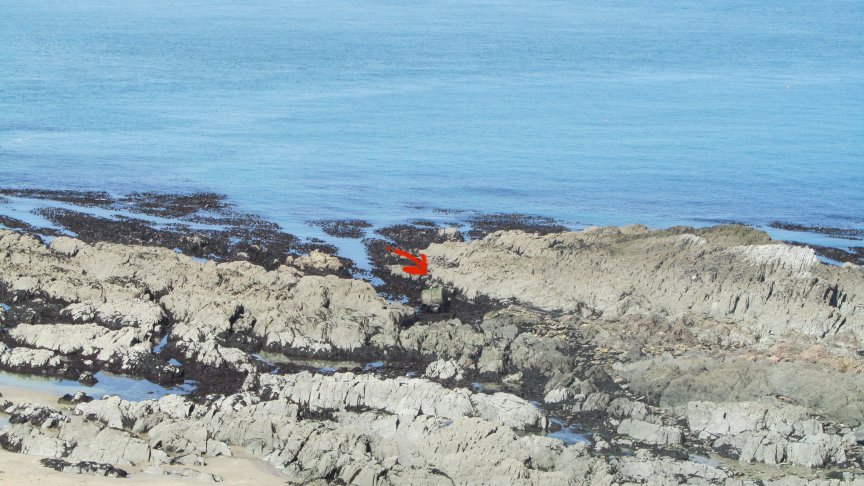 The S.S. Collier was on her way from Milford to Avonmouth, when she ran aground in Rockham Bay. The Coastguards were alerted about half past two in the morning and dispatched the lfracombe lifeboat. By the time it turned up, the seven crew, the ships dog,cat,and a goldfinch in a cage, had managed to get into the ships dingy. The lifeboat found them off Bull Point and managed to transfer all of them to safety. Efforts were made to get the vessel off the rocks but to no avail, and she soon went to pieces where you can see her today. Interestingly, she was one of the first steamers to carry Mail to Australia. 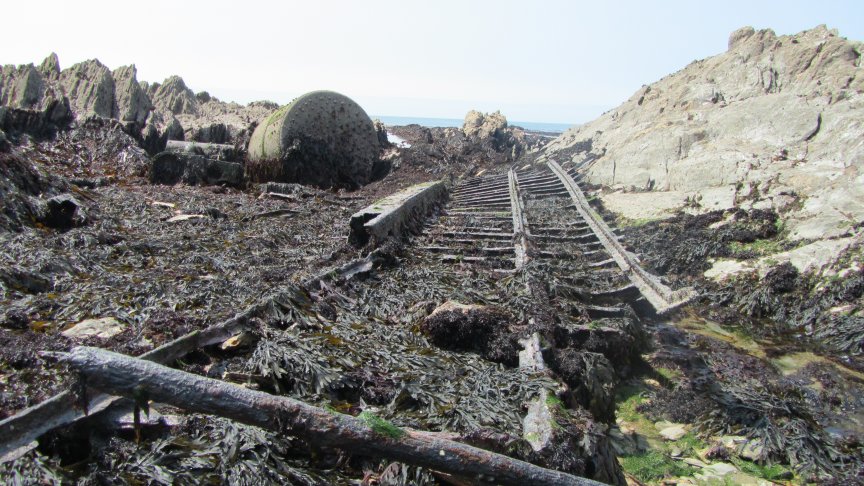 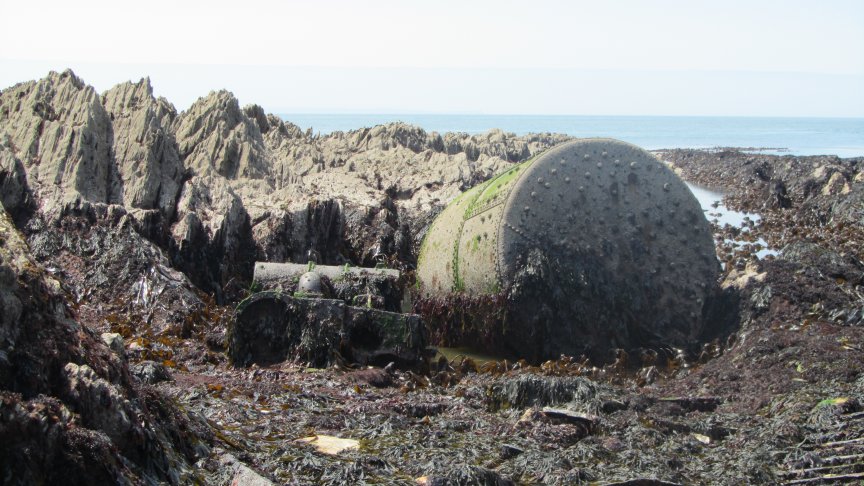 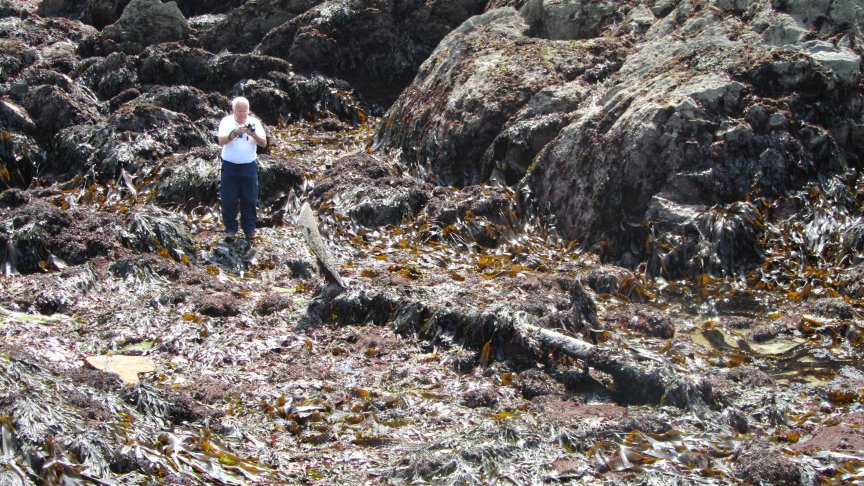 When you have finished rooting around the wreck and staggered back up the ladder to the top of the cliff you can either go back to Mortehoe or take the path towards Morte Point. It is a beautiful walk and the Point is now the haunt of seals. You can get a tripper boat from Ilfracombe to go out and see them. It was also here that the S.S. Priestfield went aground on Slipper Rock in May 1912 just south of the Point. 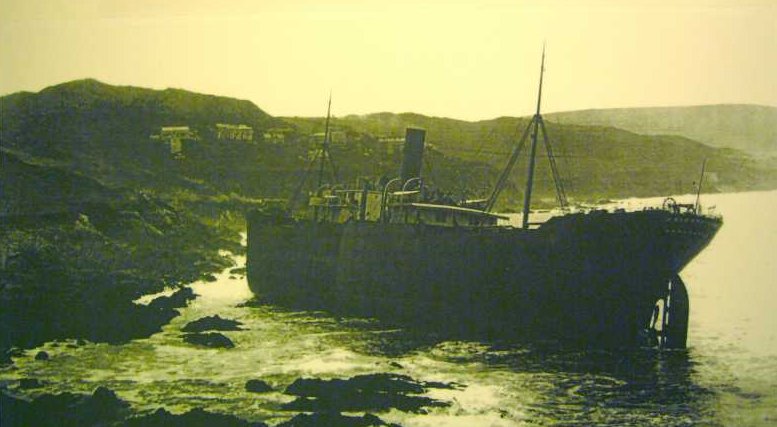 Extract from Coastguards Log May 8th 1912 S.S.Priestfield of Newcastle from Antwerp, bound to Barry in Wales for orders. Stuck on Slipper Rock (south of Morte Point) and remained. Her keel being visible from the shore broadside on. The watchman heard unusual sounds at 12-10 a.m. The watchman J.Parkerson and Samuel Yeo climbed round the rocks and found the position of the Steamer. Returned and called Rocket Brigade. I notified the coastguard at Ilfracombe at 12-5. Started with waggon at 1 a.m arriving at the ship 1-15a.m. Weather very thick fog and rain. Asked if they required a line, they answered ‘not yet’. We stood by her until noon. Returned at 12-15 noon. A small tug (the Devonia) tried to tow her off. The steamer used her own propellers at the same time. She was unsuccessful. At 9-30 p.m resumed towing by four large tugs that had arrived from Cardiff and got her off at 11-5 p.m. The chief mates wife left the ship and came ashore over the rocks. 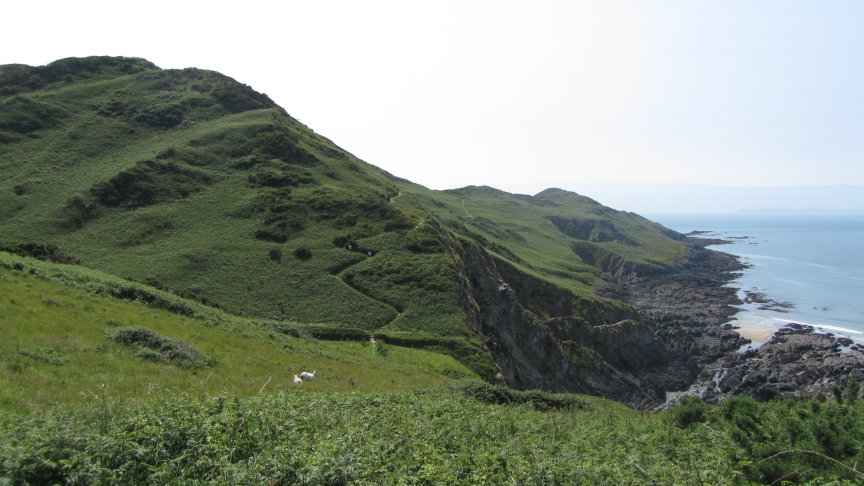 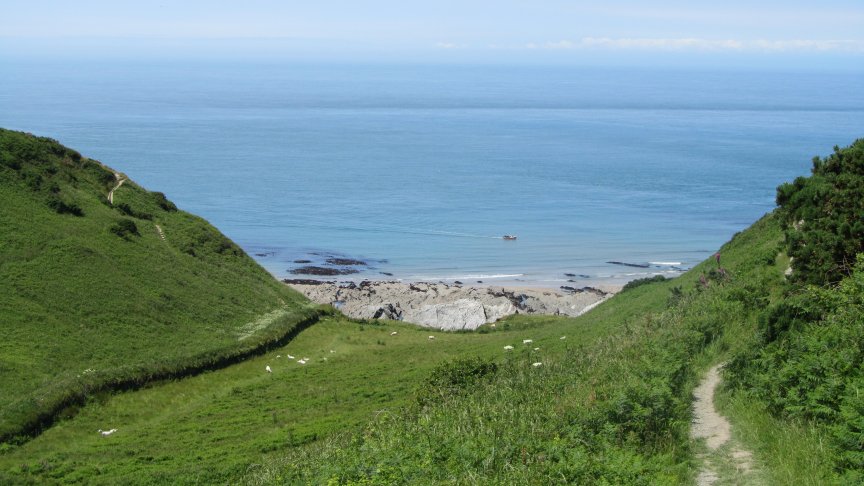 If you want to carry on walking past Morte Point, you can continue on the Coastal path towards Woolacombe Bay, passing Barracane Beach where the S.S.Newtown went aground on 7th January1915. She was almost a brand new boat based in South Wales, and was homeward bound from Spain with a cargo of pit props. Although she was hard aground there was great hope that she could be refloated. However, a couple of weeks later, a strong westerly gale drove the Newtown ninety feet further up the rocks, and there she lay until she was purchased by the Cornish Salvage Company. They were unsuccessful in their efforts to refloat the vessel, so they broke her up where she lay You would think that there would be something left of her, but I could find no trace. 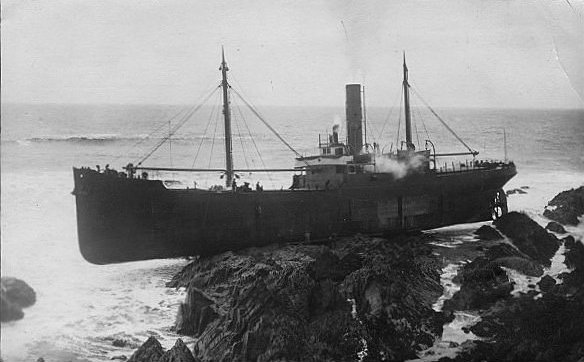 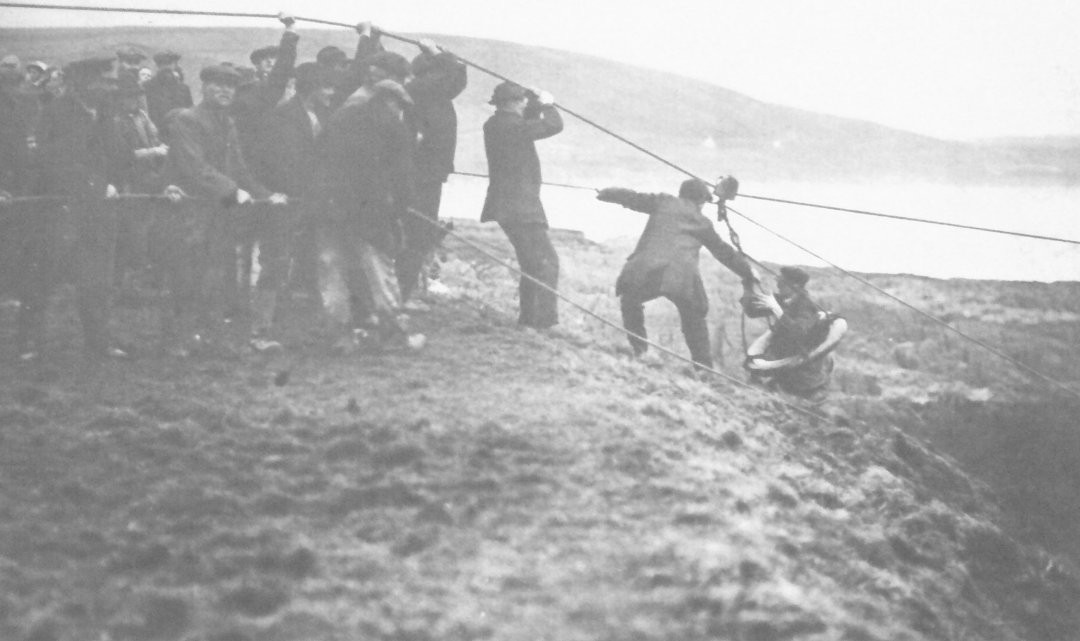 When you finally get back to Mortehoe you will find three pubs to choose from, all very nice. I went to the Ship Aground ( well I would ) which has a good range of beer and food. Outside is the anchor from the S.S.Collier, which was raised by the Sub Aqua branch of R.A.F.Chivenor and presented to the village. 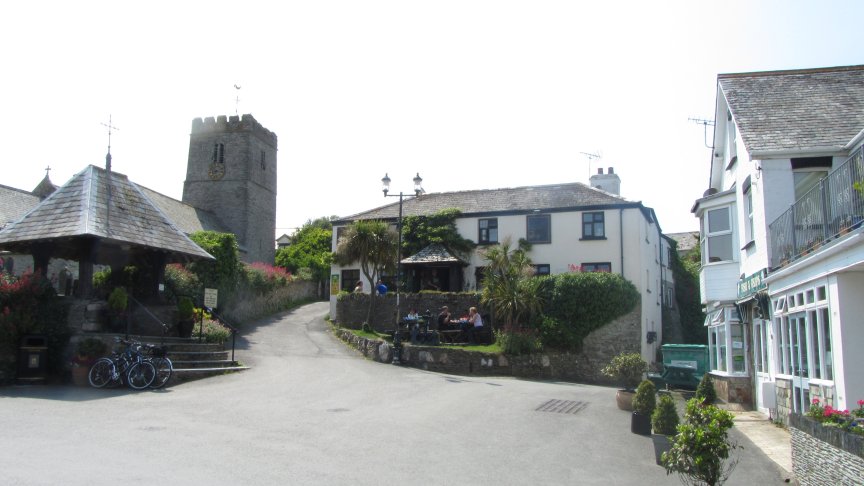 The Ship Aground Pub. 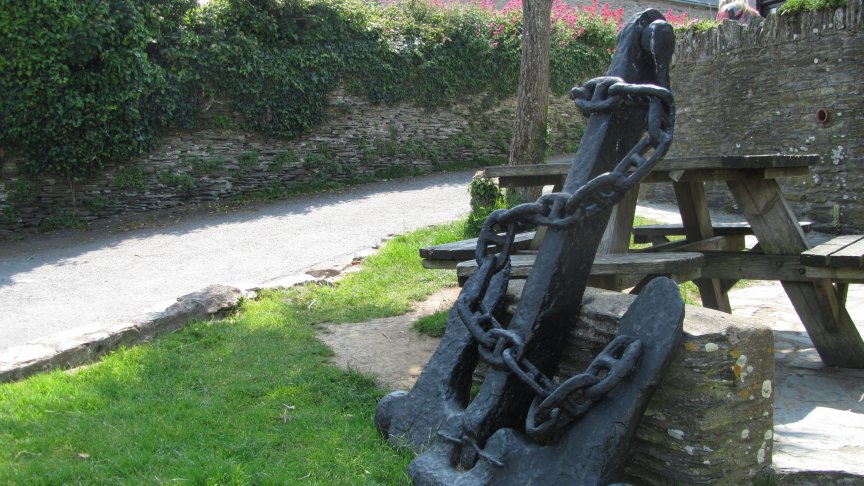 As you go back to the car park there is one more echo of a wreck. Next to the car park is the local museum, and in its garden is a cannon from the wreck of H.M.S.Weazel, lost at Baggy Point in February 1799. 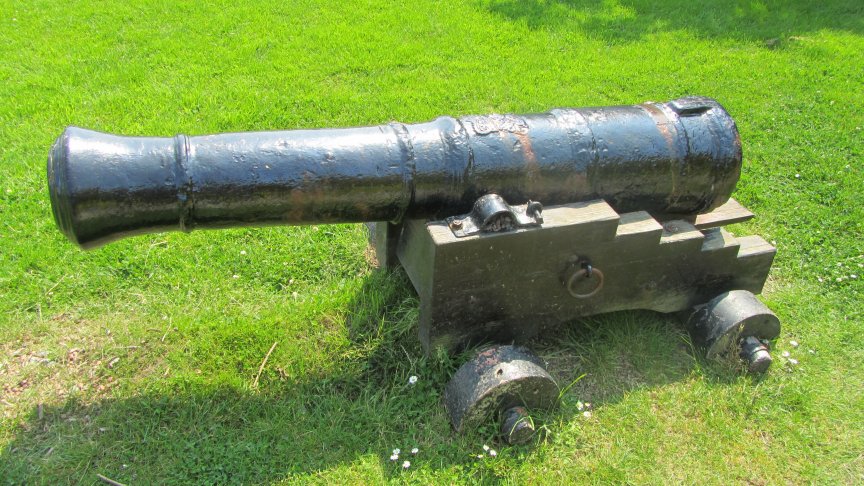 The cannon was raised by a group of local divers in 1968.

H.M.S.Weazel was a 14 gun sloop o’ war which was caught out in a ferocious north-north westerly gale. She tried to claw off the coast and sent up repeated distress signals. It was all to no avail, and she broke up completely near Baggy Point taking all 106 of her crew to the bottom with her. 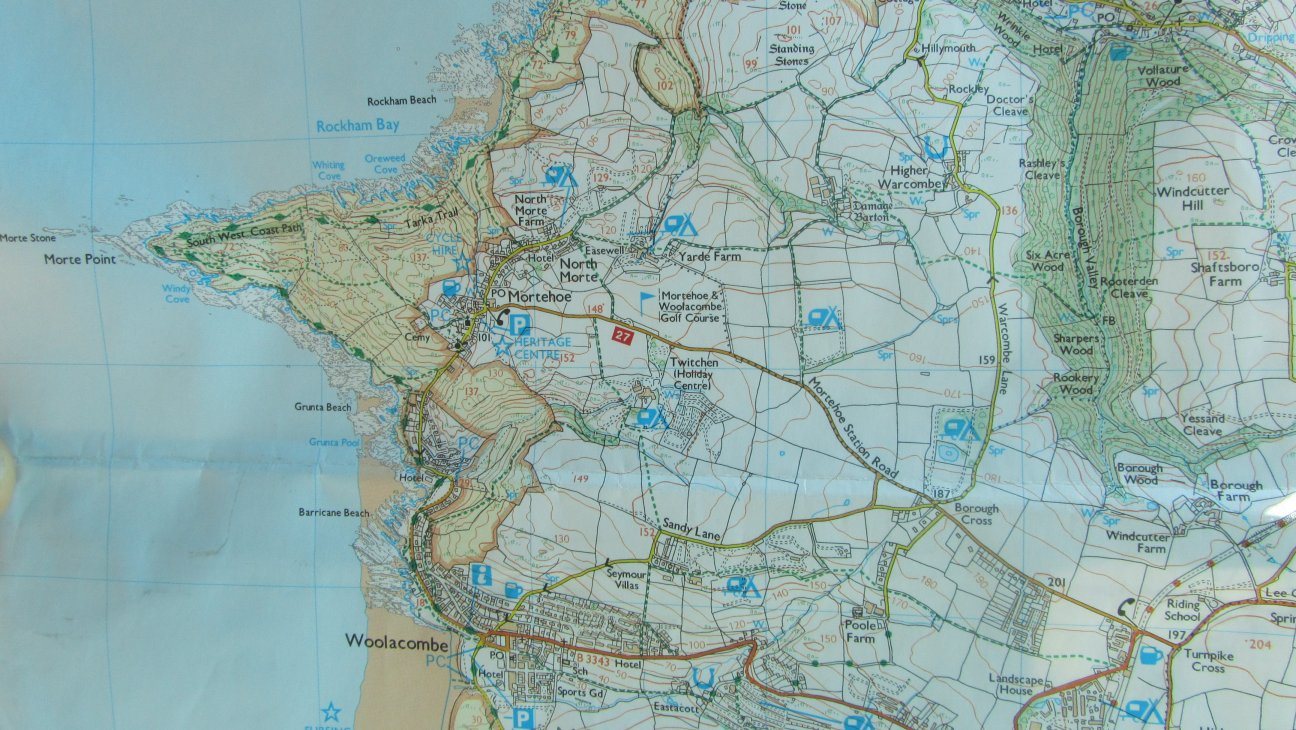 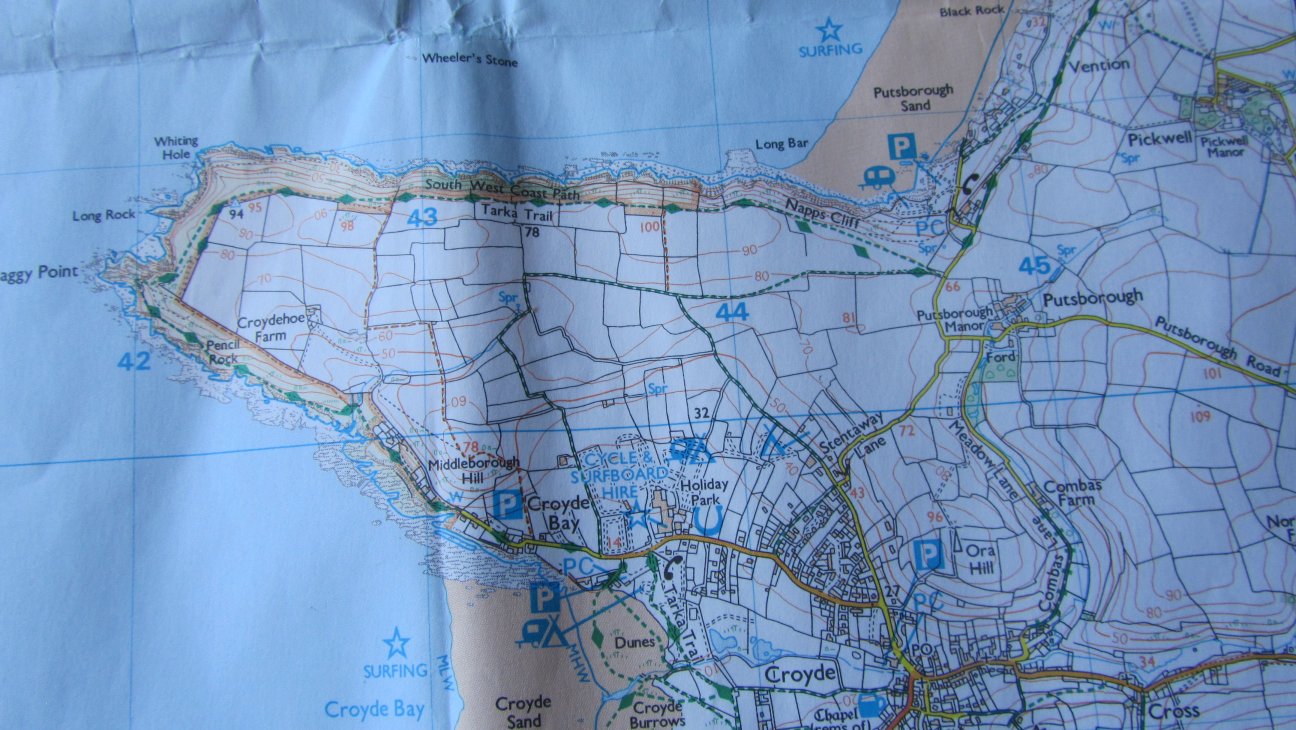