The Martha Henrik Fisser was originally the British Steamship, Blackheath, and was built at Stockton in 1911.

On the 9th of April 1940 she lay in Narvik harbour after loading a cargo of iron ore for onward transit to Germany.However when the newly arrived German forces arrived on that day, she was stopped from sailing, and ordered to remain inside the harbour area. The next day the British Destroyers lead by H.M.S. Hardy, steamed into the harbour and laid waste to all the shipping therein. The Martha Henrik Fisser stopped a torpedo right in the early stages of the battle, and quickly sank quite near to the wreck of the Strassa. 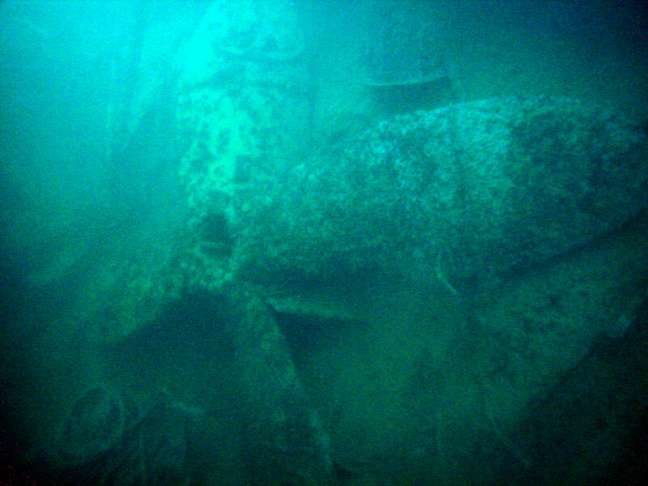 This is a really nice dive but it has to be a long one as ou have to go down on the Strasser, swim along to near its stern, then off on a rope to the MHF. You have to do it this way because you are not allowed to surface or descend in the shipping channel. However it’s a great dive and well worth the long swim. 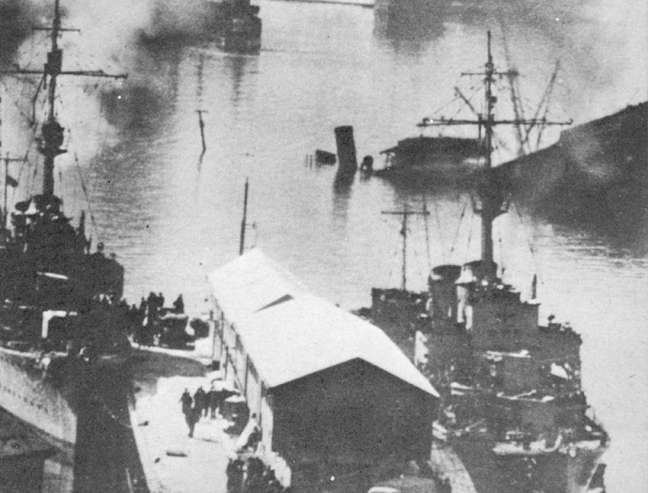 The aftermath of the British attack.

We went straight into the engine rooms, which were fantastic. All that engine room staging and staircases, and some great big pipes going right down into this huge cavern. Probably the pipes were for the iron ore. The light was going so we swam up to the bow and swam through some of the deck passages, got lost and had trouble finding the rope that connected the MHF to the Strassa. 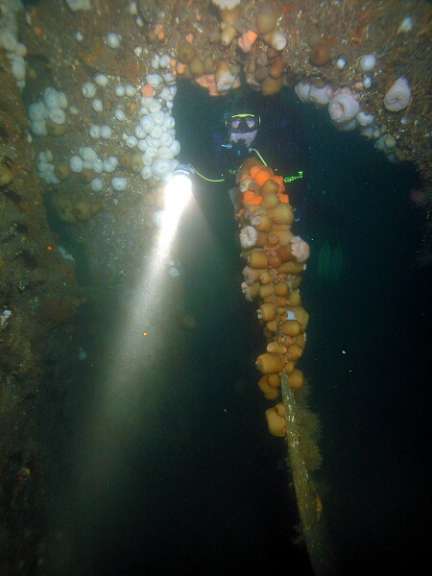 Once we had sorted which was our left hand, we had no trouble locating the rope and off we went back to the Strassa, and on up to the surface. Nice Dive. Once again just a skim, but it will stay in the memory.