The period between the outbreak of the Second World War and the invasion of Norway is often called the Phoney war. Whilst on land this might have been the case, with the opposing army’s glowering at each other from either side of the Western Front, at sea it was an entirely different matter. Over 400 allied merchant ships had already been sunk, and the Royal Oak, the aircraft carrier Courageous, six destroyers and three submarines had all been lost. The Germans hadn’t come through unscathed either, losing amongst others seventeen U-boats, and the mighty Battleship Graff Spee. 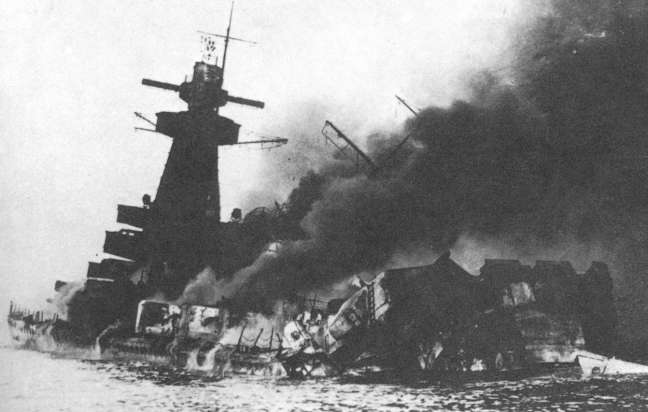 The destruction of the mighty Graf Spee.

So why invade Norway? Germany’s entire war production rested on the iron ore that she got from Sweden. However in the winter the Baltic ports froze solid, so the ore had to be transported by rail to Narvik in Norway which was ice free, and then shipped to Germany through protected neutral waters behind the chain of Norwegian islands. Something had to be done about this and Churchill, by now First Lord of the Admiralty, was all for occupying Norway as soon as possible. But for the politicians, this was fraught with danger. In the first place Churchill’s enemies kept harping back to his fiasco in the Dardanelle’s in the First War, and secondly, the Government felt that an occupation could only take place with the ascent of the king of Norway, as an outright attack on a friendly nation was not considered politically practical. In the end a decision of sorts was made to lay mines in Norwegian waters. 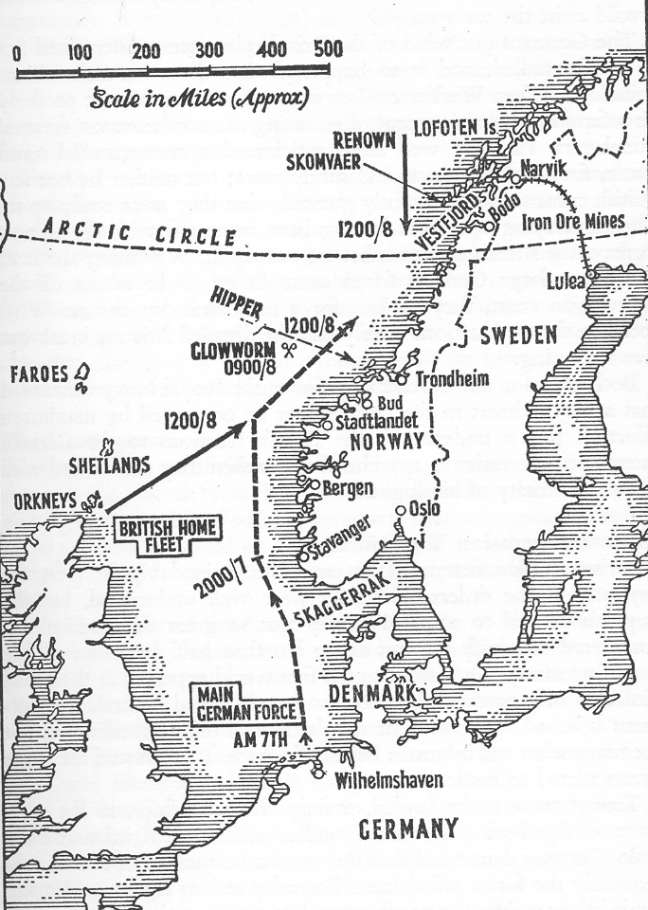 This it was hoped would drive the ore ships out of territorial waters where they could be seized by the British. It was fairly obvious that the Germans would react badly to this, so an expeditionary force was proposed just in case the Germans did decide to land in Norway. It was all to little to late because the Germans had already come to the same conclusions as Churchill, and they had also got wind of the British intention to mine the entrances to the fjords. In order to protect their source of iron ore, and not be forestalled by the British, they secretly planned their own invasion of Narvik. The operation was called ‘Wesserubung’ and it called for troops to be landed by ship simultaneously in the early hours of April 9th at Narvik, Trondheim, Bergen, Kristiansond and Oslo. 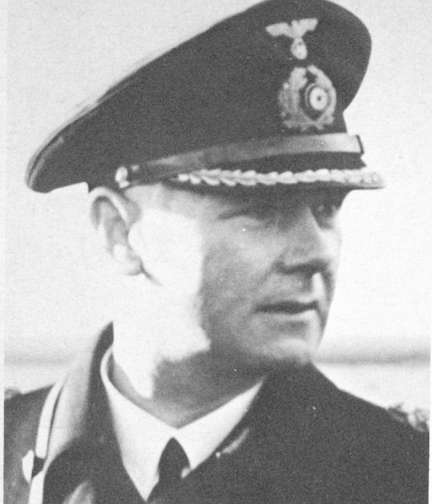 Ten destroyers under the command of Kommodore Fredrich Bonte comprised Group One of the invasion force bound for Narvik. Bonte had assembled his force at the north German port of Breverhaven, some 1020 miles from Narvik, and since surprise was essential it was decided to sail early on the 7th April and steam at 20 knots to the entrance of Vestifjord escorted by the battle cruisers Scharnhorst ,Gneisau and the Hipper, who was also carrying 1700 troops. The U-boat arm was ordered to support the operation with every available boat, and amongst those commanders present was the famous ace Gunter Prien, already showered with honours for the destruction of the Royal Oak. 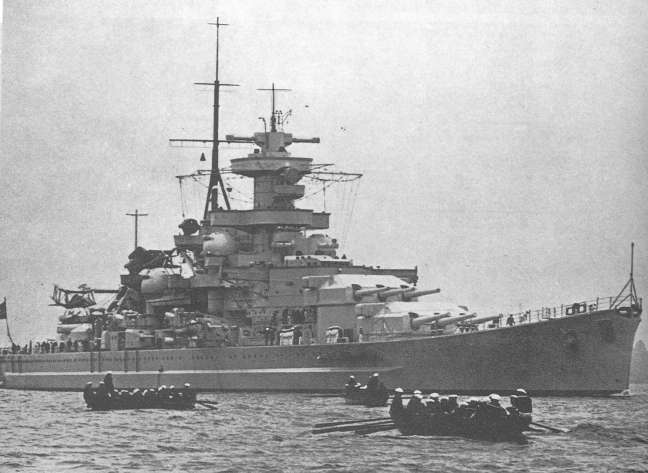 The Battleship Gneisenau, which had nine 11 inch guns.

At the same time as all this was happening, oblivious to what was going on, the British started their own, Operation Wilfred. This was to lay mines on the morning of April 8th off the outer shore of Vestfjord, and near Statlandet, with a dummy minefield off Bud Among the assembled Fleet were two Destroyer groups, Minelayers, and the Battle cruisers Renown, Repulse and Warspite So it was, that by pure coincidence, both fleets were at sea in the same area, but didn’t know it. Also, the British had not yet realized the Germans true intensions as previous intelligence on the subject had been either discounted or ignored. 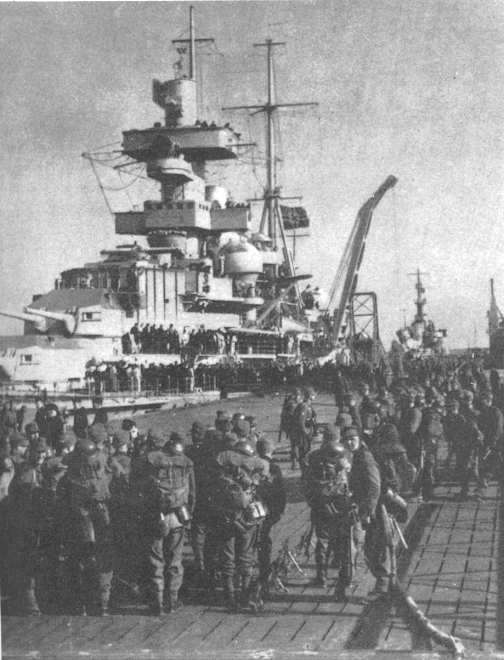 All that changed when H.M.S. Gloworm lost a man overboard in atrocious weather and turned back to try and find him. She ran slap into three German destroyers, who because of the heavy weather had got detached from their taskforce. She immediately opened fire on all three and sent off signals to alert the Fleet. The Gloworm didn’t have much chance of hitting anything as the sea’s were just too ferocious to provide a decent gun platform, and any way the German destroyers were more in danger from each other as they tried to take avoiding action. 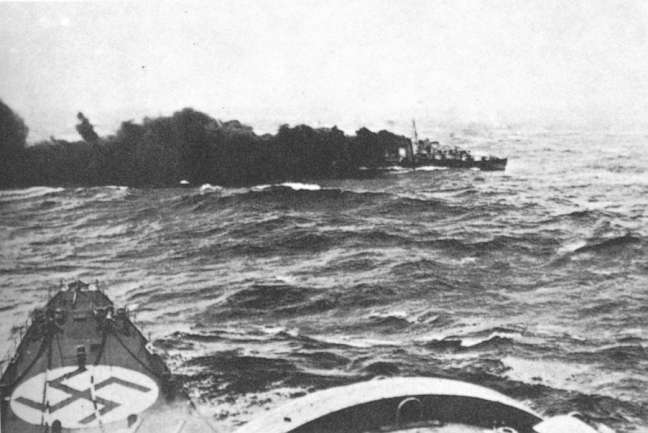 The Gloworm as seen from the Bridge of the Battleship Hipper.

Meanwhile the Battle Cruiser Hipper arrived on the scene and proceeded to pound the Gloworm to pieces with 8 inch shells. In desperation the Skipper Lt. Roope fired his torpedos but missed as the Hipper dodged behind a smoke screen. However when the Hipper re-emerged from the smoke, she found the Gloworm closing at full speed. The ship smashed into the side of the Hipper, and all of a sudden her guns went quiet.The Hipper was severely damaged, but still managed to save the survivors from the Gloworm, 38 in all. Sadly the Captain was not among them. He was later awarded the V.C. posthumously. 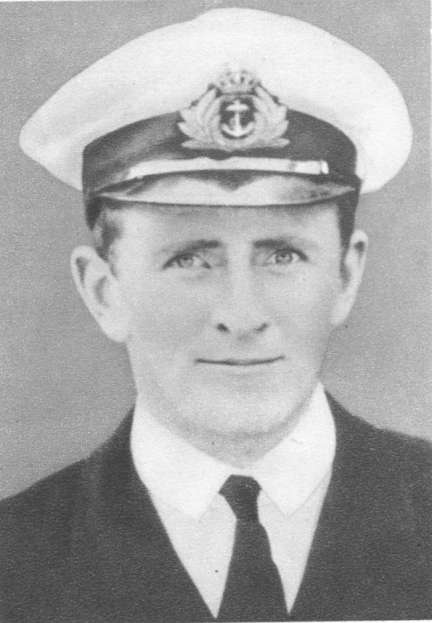 In an interesting development after Germany surrendered, the Hipper was found stranded at Kiel, and a plaque was found on one of her forward gun mountings. It read:

“At thjs gun fell Ord. Gunner Josef Ritter. Died for his fatherland on 8.4 .4?when engaging the British destroyer .’Glowworm.’ “

In the event the German Fleet evaded the British Fleet in the storm, and Bonte’s Group One, ended up positioned off the Norwegian coast during the daylight of 8th April. The Force entered Ofotfjord shortly after 4 am the next morning, sinking two ancient Norwegian warships, the Norge and the Eidsvold. The Commandant of the Norwegian Garrisson, Colonel Sundlo, who was German friendly, quickly surrendered, and one hour later Narvik was firmly in German hands. 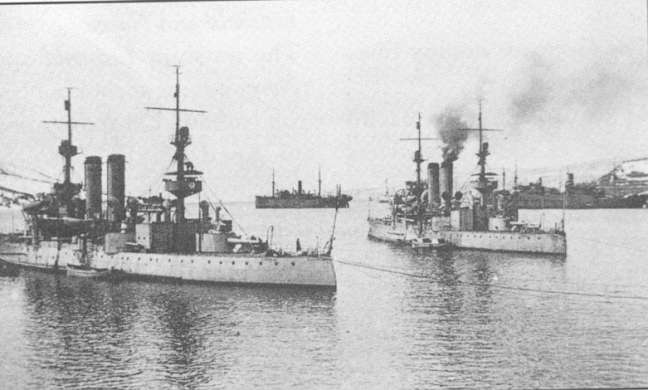 The ancient battleships Norge and Eisfold.

Meanwhile the Admiralty was still unaware of how many destroyers were in Narvik, sent a signal to Warberton- Lee in command of the Second Destroyer Group, saying that a German ship had landed a small force at Narvik. Warburton-Lee wasn’t convinced by this intelligence, so landed a party at the Pilot Station at Vestfjord to find out what was happening. When he realizes the true state of affairs he decided to launch a dawn attack. 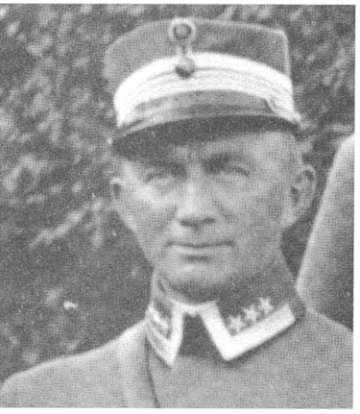 At half past four that morning, it was snowing heavily, reducing visibility to less than a thousand yards. Leaving Hostile and Hotspur guarding the outer entrance, Warburton-Lee in Hardy, together with Hunter and Havalock swept into Narvik harbour sinking two destroyers ( Kommodore Bonte was killed in this attack)and damaging at least three others, whilst at the same time sinking several merchant ships. An hour later the British withdrew under cover of smoke, but ran straight into the remaining five German destroyers who sank Hardy and Hunter and severely damaged Hotspur. The remaining German destroyers that had so far escaped damage, retired into the shelter of the Fjords but now faced a real problem. Most of their ammunition had been used up and they were desperately short of fuel, so much so that they risked being permanently trapped in the Fjords. The rest of the British Fleet had now arrived, including the Battleship Warspite and the Aircraft Carrier Glorious, and so now had the advantage of overwhelming force. Quite why they waited three days to finish the job is unclear, but finish the job they did, sinking the rest of the German destroyers in a bloody, hard fought battle, in which the Germans fought down to the last shell. 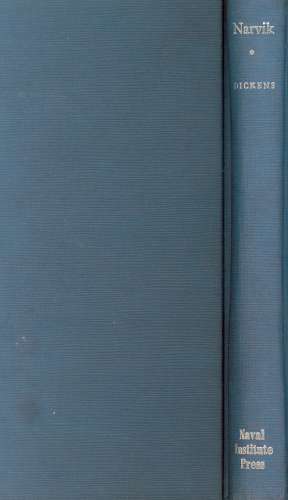 The Battles of Narvik and their causes are complex. I have drawn heavily on these two excellent books for information and understanding. Any mistakes, as ever, are mine, not theirs. 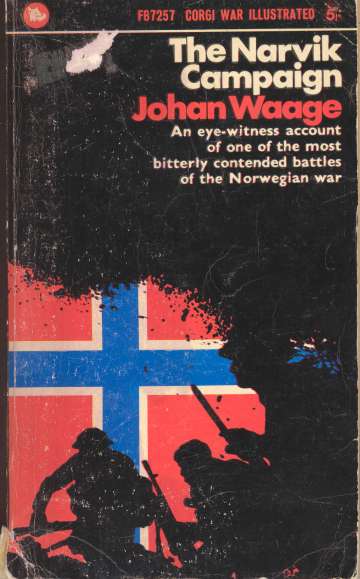 Today the two battles are commemorated by a Narvik Association, which holds an annual meeting of the survivors from both sides. The British did occupy parts of Norway, but with the German invasion of Belgium, the Netherlands and France, and the collapse of the Allies in this theatre of war, they had to evacuate, and on 24th May, the British reluctantly abandoned Norway to its fate.