On April 30 1965 the 347 ton Dutch coaster, Nolloth, was approaching Oliphantos Point when she struck an unidentified object that later turned out to be the Albatross Rock. The crew were lifted of by helicopter and landed on the beach not yards from where the rusting remains of the Liberty ship Thomas. T. Tucker lay. 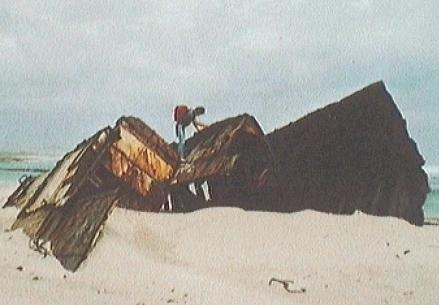 The remains of the Nolloth.

Her cargo, a valuable one containing liquor and general goods was salvaged and taken to cape Town by lorry along a specially constructed road along the beach. The Nolloth could not be taken off the rocks, so she was salvaged where she lay and what is left now lies rotting on the beach. 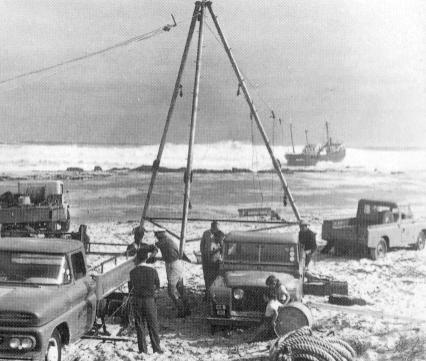 You can just see the wreck in the background. Photo Ferguson Collection.

The remains of the Nolloth lie about half a mile from the wreckage of the Thomas.T.Tucker, and it is usuall to do both on the one trip. So when you get to the Tucker, just keep walking along the shore around the spit of land that its on, and you will soon see the Nolloth. 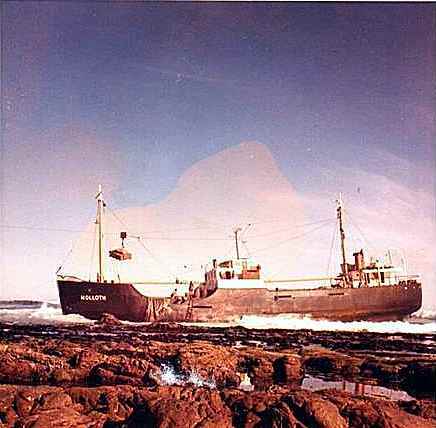 This shot of the Nolloth was taken by Stan Cooke’s Dad. (Below) 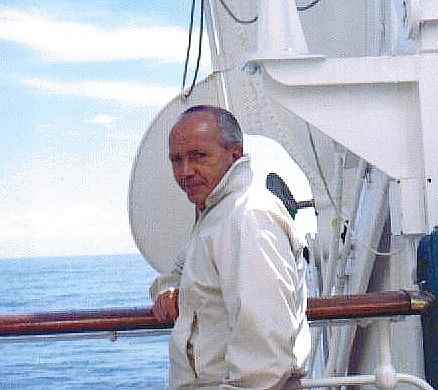 I am grateful to Jan van der Luit, who was the Engineer on the Nolloth, for the following information and photos. Jan writes, In the past this ship had a lot troubles in its life,when my father bought this ship It was a wreck,she was traveling under the name LEUVEHAVEN and was owned by Van Uden from Rotterdam, a big ship owner. 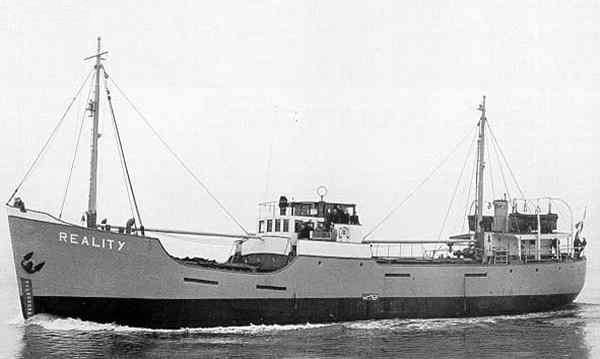 Before she was named NOLLOTH it was the REALITY bought by my father ,he bought the ship from a Dutch friend of his and he owned a ship wharf. The ship was as a wreck he was collision with a japanese ship on the waterweg in Rotterdam, so my fathers friend bought it and restored it. Far before this , it was called ALPHA , Van Uden took over and is was called LeuVeHAVEN. 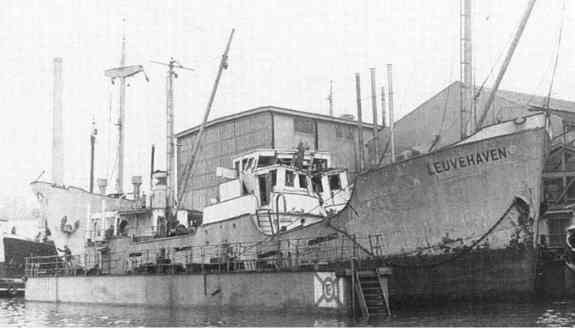 Then the whole family went to SOUTH AFRICA with the REALITY to Cape Town in 1956, and the ship got a charter with COAST LINES traveling between CapeTown and Port Nolloth The Coast Lines wanted to name the ship Nolloth and it got its Grave on the beach on the western Cape,so all ends there. 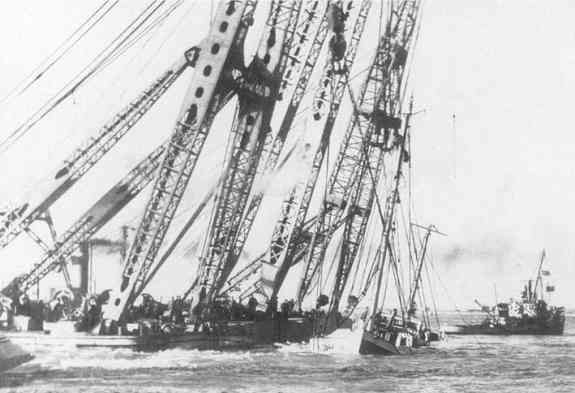