The Union Star was a brand new mini bulk carrier launched only weeks before her disastrous end. Her Captain Henry Morton and his wife Dawn watched the launch at the Danish port of Ringkobing. On December 11 1981 captain Morton set sail on his maiden voyage to Ijmuiden to pick up his cargo of fertiliser, which was to be delivered to the Irish port of Arklow. On board for this first trip were his wife, two teenage daughters, and a crew of four. 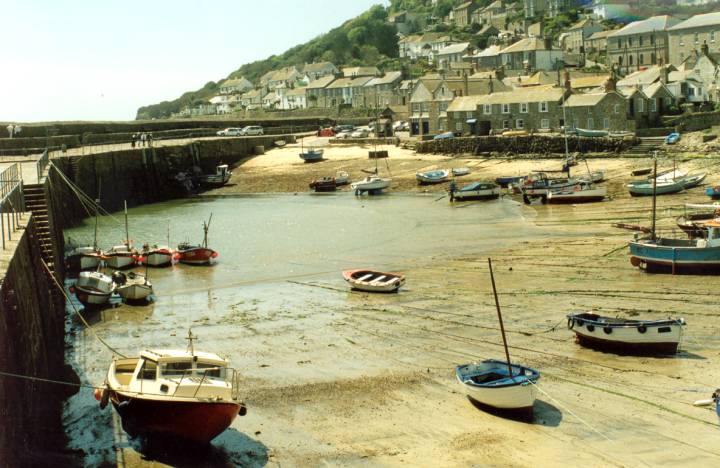 The Village of Mousehole.

Three days later in hurricane force winds the Union Star ran into trouble eight miles east of the Wolf Rock when sea water managed to get into her fuel supply. It was the beginning of the end. By Saturday night, just five days after the voyage had begun, the Union Star lay battered and wrecked on the Cornish coast, and Henry Morton, his wife, daughters, and all his crew had perished. What made the tragedy infinitely worse was the further loss of eight men, the complete crew of the lifeboat Solomon Browne, which itself was smashed to pieces on that dreadful night when it tried to go to the aid of the Union Star. 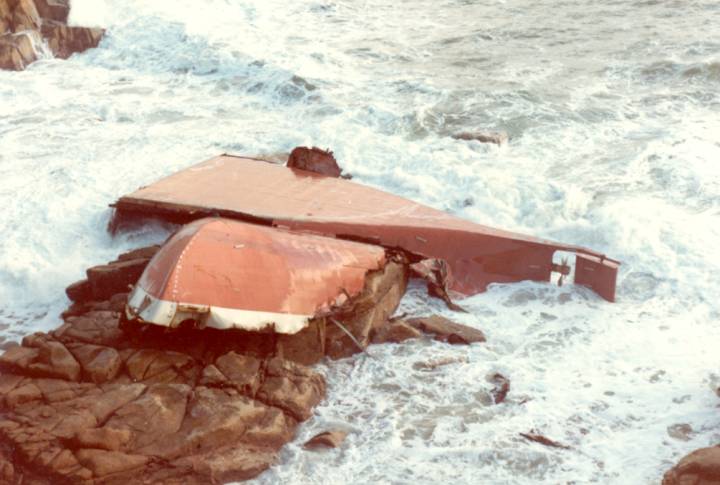 The wreck of the Union Star.

Because of the truly awful weather the helicopters scrambled from Culdrose could do little to help, and it was left to the Penlee lifeboat, the Solomon Browne, launched at twelve minutes past eight in the evening from the little village of Mousehole. Under the leadership of the Cox’n Trevelyan Richards the lifeboat struggled down to the Tater Du rock braving forty-foot waves. In a magnificent effort the lifeboat snatched four people from the stricken Union Star, radioed her intentions back to base, and then went in again to try and save the rest. That’s when disaster struck. 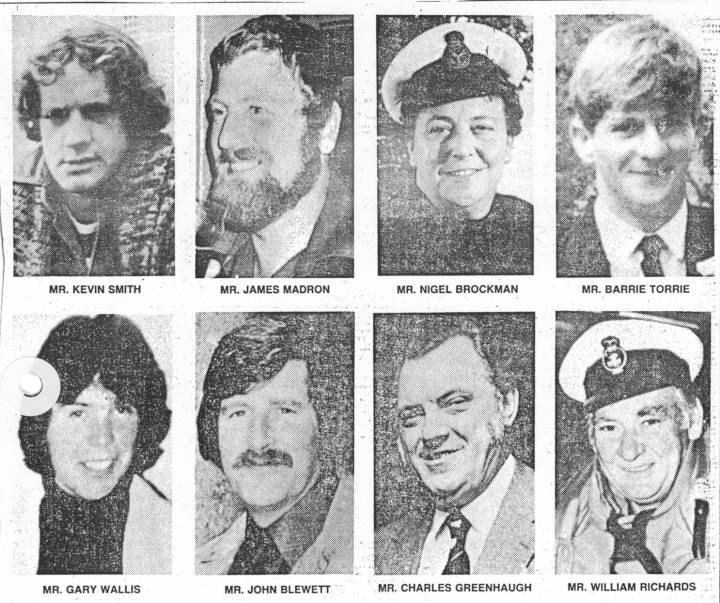 What happened nobody will ever know for sure, but with such huge waves so close to the shore the lifeboat probably got smashed against the Union Star’s hull and then pounded into the troughs of the waves against the seabed itself. What ever, all the crew perished and the Solomon Browne disintegrated. Anyone living in Devon and Cornwall that day was stunned by the news. For most of us, seamen or not, the lifeboat is our favourite charity, you see their little boat shaped collection boxes everywhere. 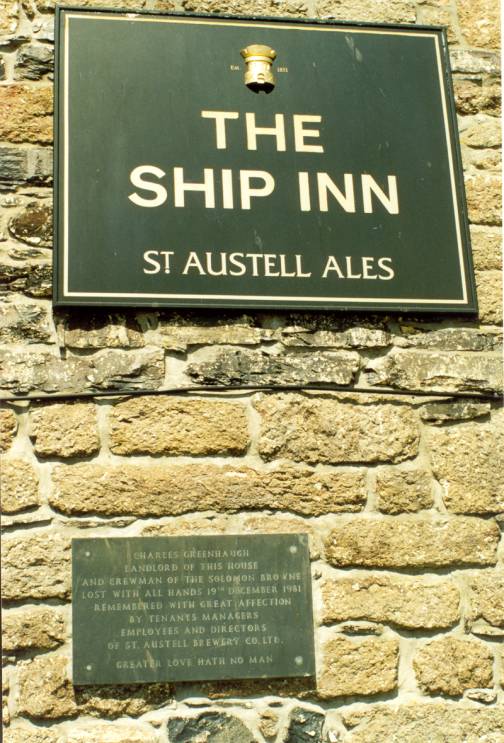 The Landlord was a crew member.

We all pay lip service to the dangers, but we hadn’t, thank God, had a disaster for years. The awful reality of ordinary men, most with wives and children, taking such extraordinary risks suddenly hit home, especially as we were all happily gearing up for Christmas. I went and saw the wreck of the Union Star a couple of days later and it was not a pretty sight. Nobody could have lived through that, but the crew of the lifeboat tried, and in the end that’s all anyone can do. I hope that I would have had their courage, but somehow I doubt it. 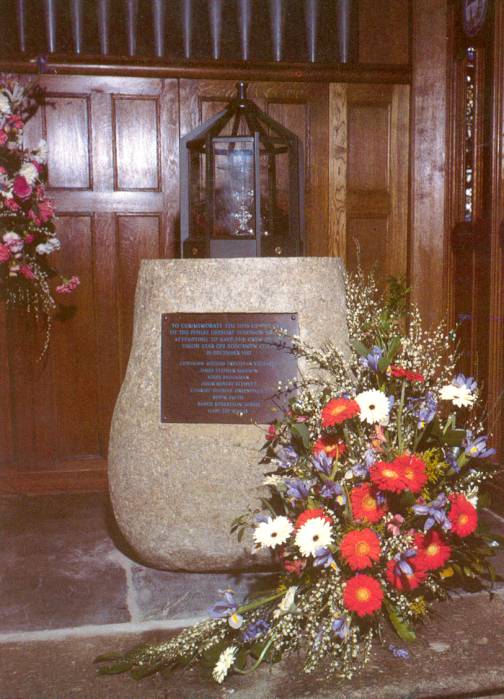 Twenty years on the scars have healed and Mousehole is just another pretty Cornish village, but all around are little echoes of that fateful day. The most evocative is in the Parish Church of Paul, a village just up the road from Mousehole (an easy walk of about a mile) Here in this beautifully simple old church is a granite stone topped by a lantern containing a crystal chalice. The inscription says it all. 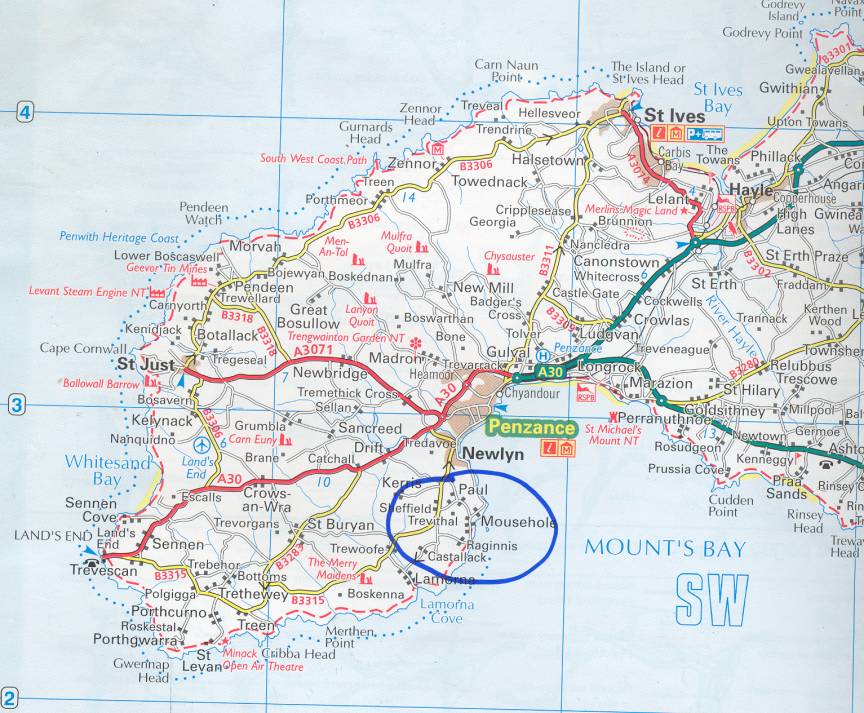