On the 3 July 1940, during the bad old days of the Second World War, the Royal Navy seized the French personnel carrier Le Poulmic, then lying at Plymouth, after the collapse and surrender of the French forces. Le Poulmic, a vessel of 300 tons and 121 feet in length, was soon put to use by the Navy as a minesweeper and general workboat, and carried out her duties in and around the Plymouth area. However, she was not destined to remain under the White Ensign for very long. 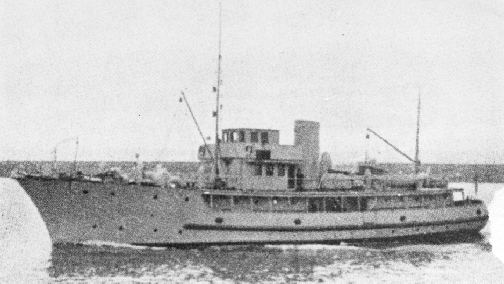 On the 6 October 1940, whilst carrying out routine minesweeping off Penlee Point, the Poulmic struck a mine and quickly sank. Her final position was given as ‘bearing 200 degrees and eleven cables from the Breakwater light’, but she lies closer in than that. An easy way of finding her is to line up the left edge of the Breakwater fort with the largest gasholder at Cattedown, (all marked on the chart) and the edge of the ruins on the skyline of Penlee Point with the Rame Head radio mast. The explosion must have been particularly violent, for it seems to have torn the ship apart, and her remains now lie widely scattered in sixty feet of water. The marks should put you right on the main body of the wreck, which appears to be part of the engine room, together with internal ribs and some decking. This stands about fifteen feet high on a very rocky bottom, and houses some very large Whiting. Part of this wreckage is supported by some large rocky outcrops, and it is possible to see right underneath to the other side. Further over are what appear to be a deck winch and several pieces of broken mast. 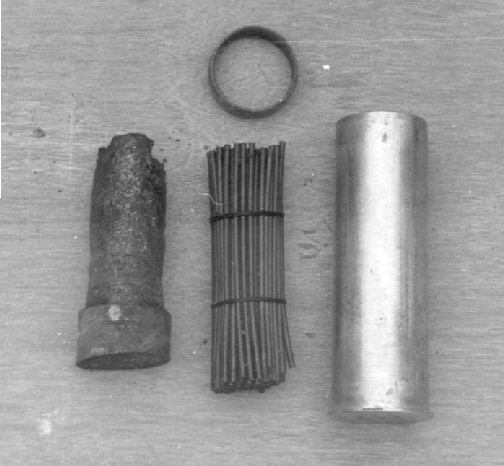 Ammo shell from the Poulmic.

Various pieces of battered superstructure lay strewn over a fairly large area, as do various pieces of ship equipment, such as stanchions, derricks, rope blocks and lots of anchor chain. As you explore the deep gullies around the wreck, you begin to realise that the whole area is littered with what appear to be anti aircraft shells. They are either lying around singly, or in concreted lumps of three or four. This is all still ‘live’ ammunition and in a pretty bad state of deterioration. There are also one or two larger projectiles, up to two and a half feet long, lying around, so a bit of caution is required and on no account should any shells be tampered with. Over the whole area roam shoals of Pouting, and the rocky ledges provide a good home for sea urchins and plenty of cover for small dogfish. The ever present Wrasse are very friendly, and seem to delight in trying to nip your fingers as you both try to get at a piece of pottery, or turn over a suspicious looking rock. 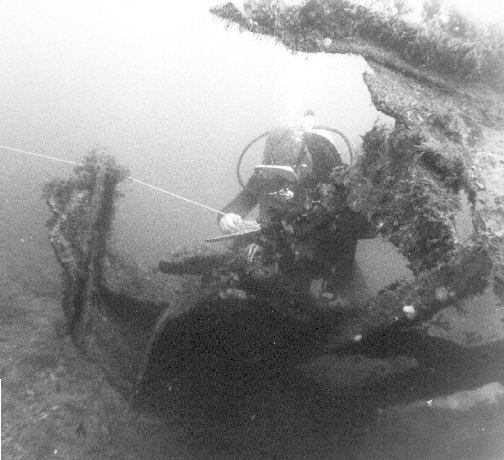 Part of the stern.

The key word for this wreck is ‘interesting’. It’s the sort of wreck you want to sift through, and because of the historical overlap prevalent all over the approaches to Plymouth Sound, all sorts of anomalies crop up. For instance, the last time we dived on the wreck we found two large cannonballs. Hardly standard equipment on a minesweeper. Of course because the Poulmic is such an available site, it’s largely ignored by people hurrying off to more famous wrecks. So do yourself a favour. It’s not as impressive as the Egan Layne, or as deep as the Persier, but it is ‘interesting’.

June 2007 I am always interested in any bits and pieces from the wrecks that I put on the site. Recently Charles Butcher send me this little tag from the Poulmic, with an accoun of how he found it. Anyone with any more info, bring it on. 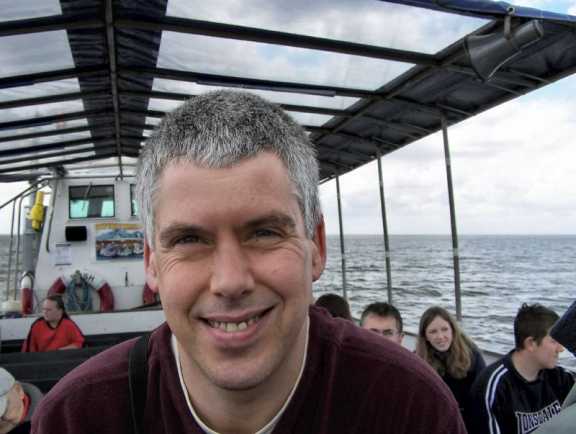 Doesn’t good vis make a difference? In my brief diving career I spent many happy hours rooting about in the murk, but on a few occasions really good visibility revealed more than just a pretty picture. In the mid-1980s I was living in Coventry and diving with Warwick University Sub-Aqua Club. I had dived the site of the Poulmic several times, but in those pre-GPS days, with poor seamanship and even worse vis, we never seemed to hit the main bulk of the wreck. We just assumed there was not much left of the poor Poulmic. Then one day I dived in good vis, and everything was transformed: lots of wreckage, including great big ribs standing several metres off the sea bed. 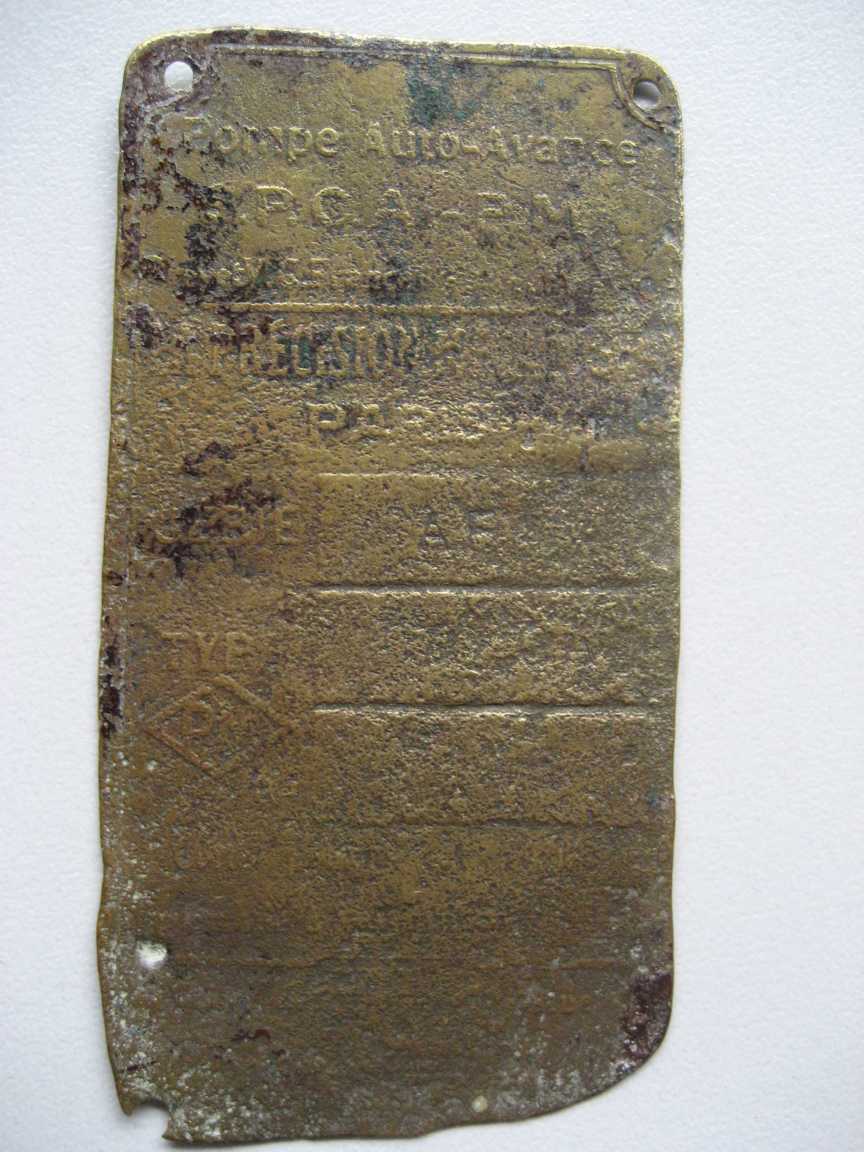 Of course, Peter’s subsequent discoveries mean this might not have been the Poulmic after all — but we didn’t know this at the time! At any rate, that day I found an odd-shaped cartridge case that turned out to be the uniquely French Lebel 8 mm, and this little brass maker’s plate that was once attached to a “pompe auto-avance”, whatever that is. It’s not much to look at, but it came from a company in Paris, so I reckon that makes it part of the Poulmic.