Falmouth has one of the great natural harbours of the world and is a haven for ships in a westerly or a south westerly storm. However in an easterly gale vessels lying in Carrick Roads are exposed to the full force of the easterly winds which blow straight in between the headlands. Many a ship has dragged its anchor and ended up on the treacherous rocks of Trefusis Point, and one of these was the Government transport Queen, returning from the Peninsula War with the bulk of a British regiment, together with their families, and ten French prisoners of war. 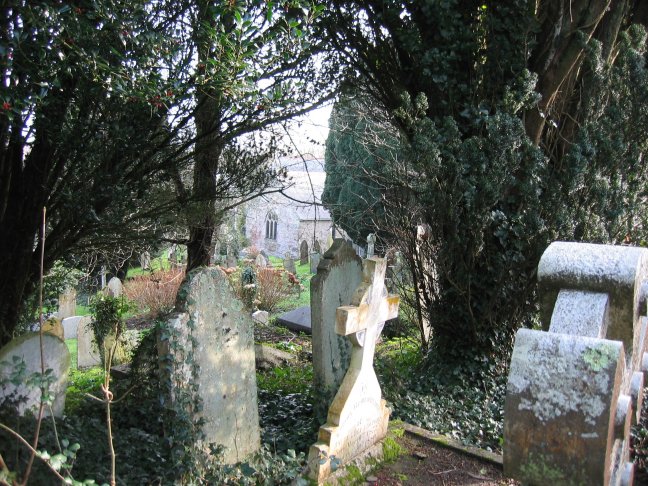 Just after Christmas 1813, the Queen, under the command of Captain Carr, left Lisbon and joined a small convoy bound for Portsmouth. There were over 300 people on board and they had a rough passage, so it was with some considerable relief that they sighted Falmouth on Jan 10th 1814, and anchored in Carrick Roads. Despite there being a strong easterly wind and a forecast of more unsettled weather, the Captain only laid out his port anchor with a much reduced length of cable. Even so she lay happily there for three days until the afternoon of Thursday 13th, when she began to drag her anchor. The watch on deck failed to notice what was happening at first, and by the time they notified Captain Carr it was too late. 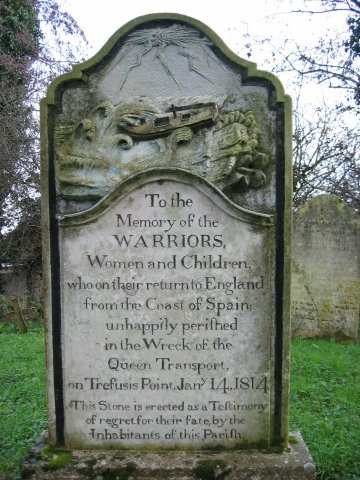 The starboard anchor had no cable secured to it, and while this was being brought up, the Queen was being rapidly blown towards the shore. When preparations were nearly complete, the port anchor gave up the fight, its rope parted and the Queen was adrift at the mercy of the winds. As she sped across the sea, the crew still valiantly struggled to get the starboard anchor ready, the passengers started to panic screaming and shouting, and the whole enterprise fetched up with a huge crash on Trefusis Point. As the Queen drove onto the Point she broached- to, and huge waves smashed over her carrying all before them and flooding the vessel from stem to stern.

In the confusion attempts were made to fire a cannon as a distress signal but the sea swamped the cannons and by now heavy snow was falling making it almost impossible for anyone to see the wreck from the shore. The Captain ordered all the masts to be cut away, and as they fell the ship gave a sickening lurch which caused guns to be cast adrift and bulkheads to break. As the hull gave way, all below were either crushed to death or drowned. In less than twenty minutes of striking Trefusis Point the Queen had been reduced to matchwood.

Some of the troops managed to scramble ashore but daylight revealed the true horror of what had happened. Scores of bodies washed about in the shallows, many entangled in the ships rigging. Others lay strewn around the rocks were the sea had thrown them. Only eighty five soldiers, nine women, one child, and four prisoners survived. Captain Carr and his entire crew except for the bosun and a cabin boy, perished in the disaster. Some two hundred and fifty bodies were eventually recovered, but not before the looters had been at them. A number of the surviving troopers were eventually court martialed for robbing the corpses.