The Tamar River is the dividing line between Devon and Cornwall, and over on the Cornish side just opposite Devonport Dockyard lies, at low water, the mud flats of St. Johns Creek. The stretch of water just off these mudflats is called the Hamoaze, and it was here in the 1850’s that the Navy sited its gunnery school H.M.S. Cambridge. The school consisted of two hulks moored together to provide accommodation and gunnery training, and a shore area adjoining the mudflats at Trevol in Torpoint, which is now the site of H.M.S. Raleigh, the Navy’s training establishment.

Cloth targets were put up in the mud fixed to wooden poles set deep in the mud. From Trevol the Navy practiced live firing with Martini Henry rifles, Lee Metford rifles and small cannons like the ones now used in the Navy’s Field Gun runs. From the hulks the Navy fired cannon balls inland, across the water to the mud flats. These cannon balls were solid shot as opposed to the ones that were hollowed out and filled with gunpowder for active service. This carried on till the turn of the century when the hulks were scrapped and the gunnery school moved to the naval Barracks at Devonport. (It later moved in 1940 to Wembury, but that has now been demolished.)

Consequently the mud flats are literally a carpet of old shells, cannonballs , spent lead bullets from the rifle ammunition, and you can also, still see the remains of the wooden targets. As we were just at the start of our discovery of ammunition under the sea , we thought that we could find out more about these shells and cannonballs if we ventured out onto the mud and gathered a few for examination. We should have stuck to diving.

As soon as we started it began to rain and the mud was deep and very sticky, causing wellingtons to be sucked right off our feet. To make matters worse, there were small rivers in the mud flats that, as the tide turned, became quite deep and fast flowing. However all that paled into insignificance once we saw all the balls and shells. There were hundreds of them, just lying around in heaps. 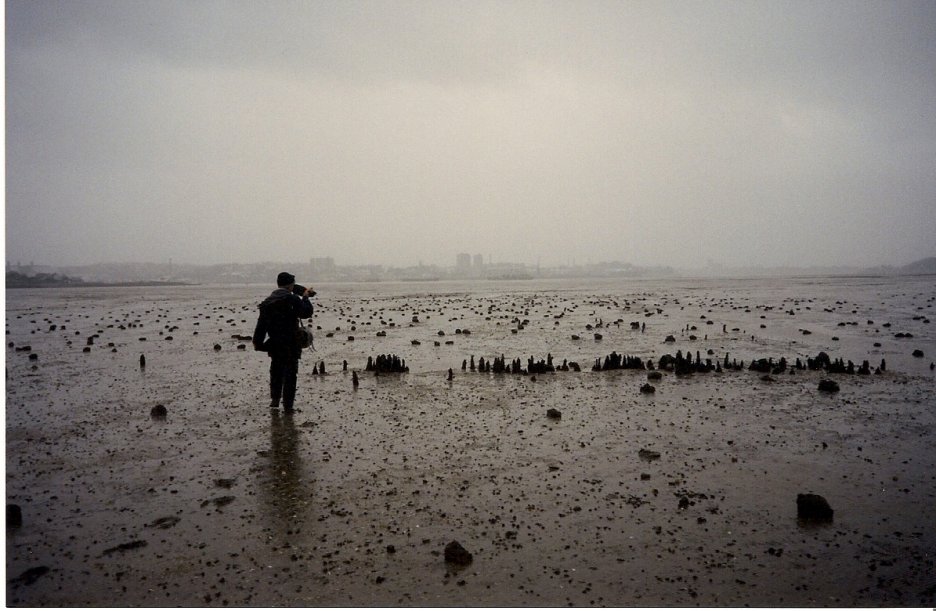 Remains of the wooden targets and cannon balls.

Most of them were solid cannon balls with a good smattering of small RML’s (practise) and loads of spent bullets. As we gathered up some of the cannon balls onto a sort of sled, the rain came down in torrents and the tide started coming in with a vengeance. We were all soaked to the skin by now, and some of us were covered in mud from continually falling over as your foot slid out of your wellie leaving you unbalanced hopping on one foot. 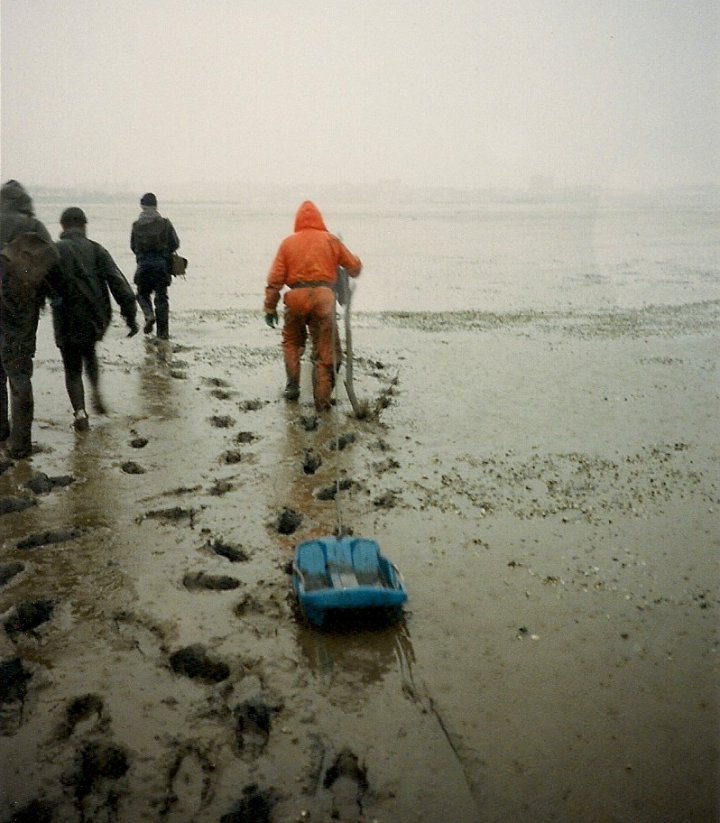 Nanook of the North.

Getting back to the car became a bit of an endurance course, as the tide and rain had swollen the rivulets into full blown streams, which on one occasion we had to rope across up to our waists. 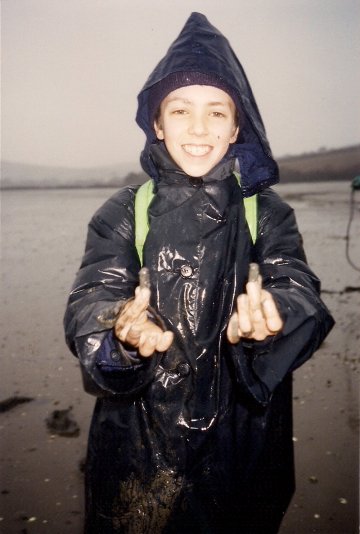 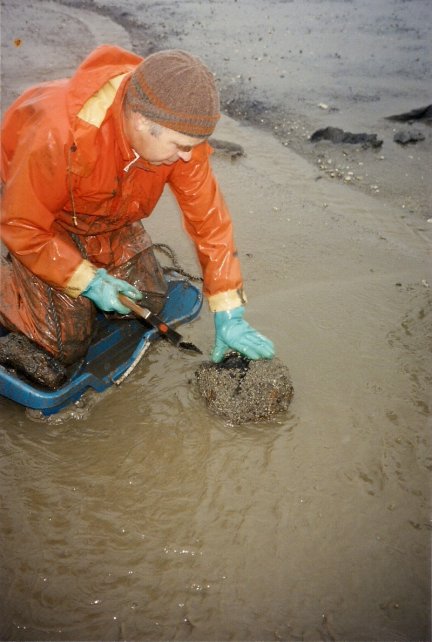 Looking at these photo’s it seems impossible that we had any fun, but we did. It was a great day out, but none of us has ever mentioned doing it again. 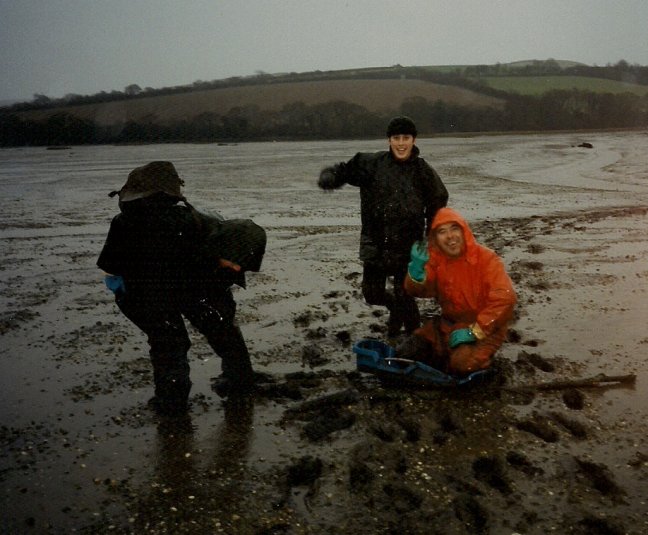 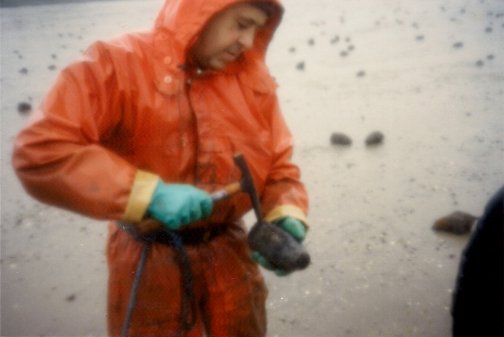