Talland Bay in Cornwall, is just between Looe and Pollpero and is very popular in the summer. There is not much sand, but the rocks are easy to walk on. There is a nice little cafe and the swimming is very good. Just at the top, and overlooking the bay is the local church, and it was while I was wandering around the churchyard that I paused to look out at the view. It was low tide, and there on the rocks was the unmistakeable shape of a ships boiler. I wasn’t surprised, the whole area is littered with wrecks, but I was unaware of any here. A bit of research soon turned up the vessel. She was called the Marguerite and was a 220 ton steam trawler based in Boulogne. 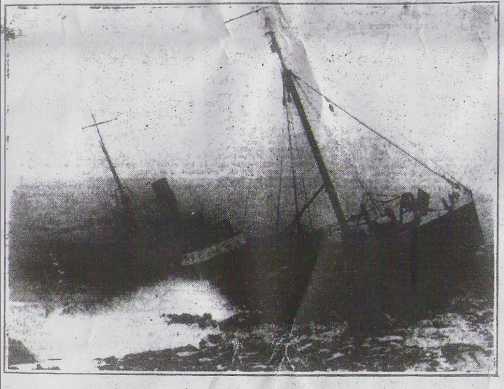 On the 3 rd of March 1922, the Marguerite was thrashing up and down the Channel with all her nets out. In spite of the heavy sea’s and strong winds the Skipper was determined to land a big catch in Plymouth the next morning. As the crew fished on in rapidly deteriorating conditions Captain Bonnjon lost his bearings and as a dense mist came down he got completely lost. He thought he was somewhere near the Eddystone, but unknown to him the ship was fast being driven towards the shore. The nets by now were full of fish so they were hauled in and the Marguerite set what she thought was the right course to make Plymouth Sound. As the sea got rougher and the winds grew stronger, the steam trawler was pushed evermore towards the shore. At about half past five in the morning just before dawn broke, the Marguerite ran full tilt onto the jagged rocks in the middle of Talland Bay. 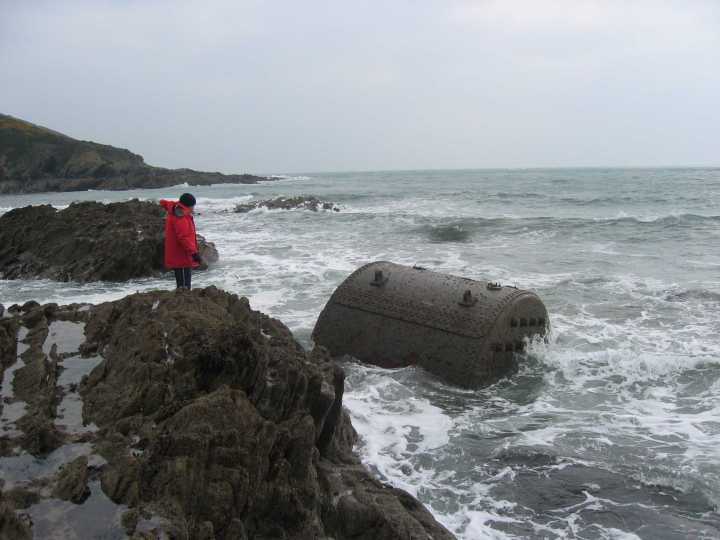 The boiler at low tide.

Luckily the ship was equipped with wireless and sent out an S.O.S. and also blasted her siren off in the hope of attracting attention. The crew of twenty three became extremely anxious as the waves continued to bash into the ship, and the Captain, who had his ten year old son on the trip, strapped him to his shoulders in case the child was swept away Meanwhile in Looe, the Lifeboat had been launched and for some reason was directed to set off towards the Eddystone. When the mistake was realised she was recalled by the use of flares, and as she shaped a course for Talland Bay, she was joined by the Trawler Dorothy, who, because she had a much better turn of speed than the lifeboat, took her in tow and proceeded the three miles down to Talland Bay. 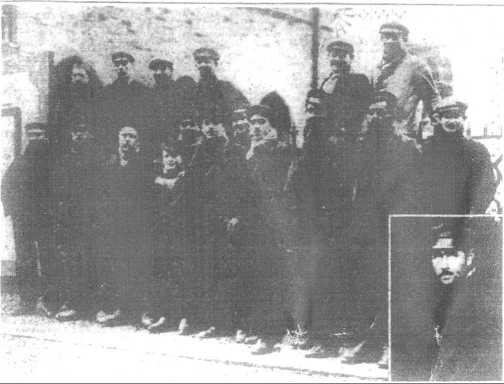 On the Marguerite things were taking a turn for the worst as the ship had been lifted by the huge waves and dumped into a cradle of sharp rocks further up the beach, and left broadside to the sea. The constant banging of the hull on the rocks pierced the hull and water started flooding into the hold. The rudder and propeller were broken off and the crew started to get desperate. As dawn finally broke, some of them launched the single boat that they had and headed for the shore. They soon realised that they would not be able to land and were at the end of their tether when the Lifeboat and the Dorothy hove into view. The Dorothy put the Lifeboat as near as she could and then bore away leaving the Lifeboat to drop her anchor and lay back towards the wreck. The Captains son was the first to be passed over, but the Captain waited for all his men to be rescued before he allowed himself to leave his stricken vessel.

The crew were all safely transported to Looe where they were made very welcome and given plenty of food and hot drinks. The Looe Lifeboat( the Ryder) had saved many lives in its career, but this rescue was the largest amount of people it had ever rescued at one time. Later in the day the crew joined the crowds come to see the wreck, which because it was now low tide was more or less high and dry about a hundred yards off the beach. They managed to retrieve their personal belongings and were then taken off to Plymouth for arrangements to be made to send them all home. The Marguerite was never fully salvaged and broke up where she lay.

Today the boiler only becomes visible at low tide even though it is pretty large, and that’s about all there is. You can have a great snorkel in about ten feet and see bits of metal and some ribs stuck down the sides of gullies. It’s an incredibly pretty area full of wrasse and Pollock, and I even saw a four foot conger swimming quite freely about the rocks. I search up and down that bit of the bay but didn’t find anything else. But because the gullies are so deep a lung dive at high tide might produce more. Even so it’s a great area for a swim and a walk, and the Talland Bay Hotel do a good lunch. Say no more. 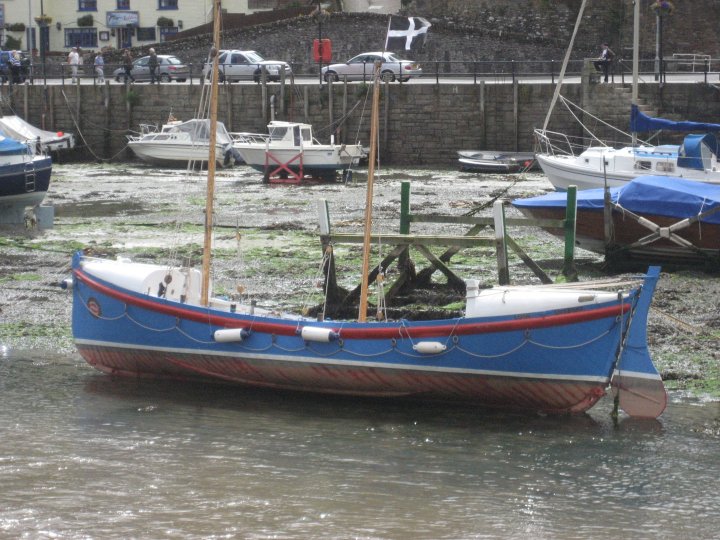 Above, is the Ryder lifeboat that did the rescue. She was restored and in the summer is usually on show at Polperro.