Most ships get wrecked in tragic or unfortunate circumstances. Often they sink in mountainous seas, or get pounded to pieces on some treacherous shore during a howling gale. The sinking of the Glen Strathallan however, couldn’t be more different, as she was deliberately sunk during a flat calm, to honour the wishes of her dead owner.

In 1928 the shipbuilding firm of Cochrance and Sons of Selby, Yorkshire, won a contract to build a steam trawler of 690 tons displacement. She was to be 150 feet long by 24 feet beam, have a speed of ten knots, and generally be one of the most modern and efficient vessels of her day. Unfortunately before she was finished, the firm that had ordered her went bankrupt and for a while things looked pretty bleak. However the millionaire Colby Cubbin, who knew a bargain when he saw it, snapped up the unfinished vessel, had her converted to a pleasure yacht, and gave her the name Glen Strathallan. 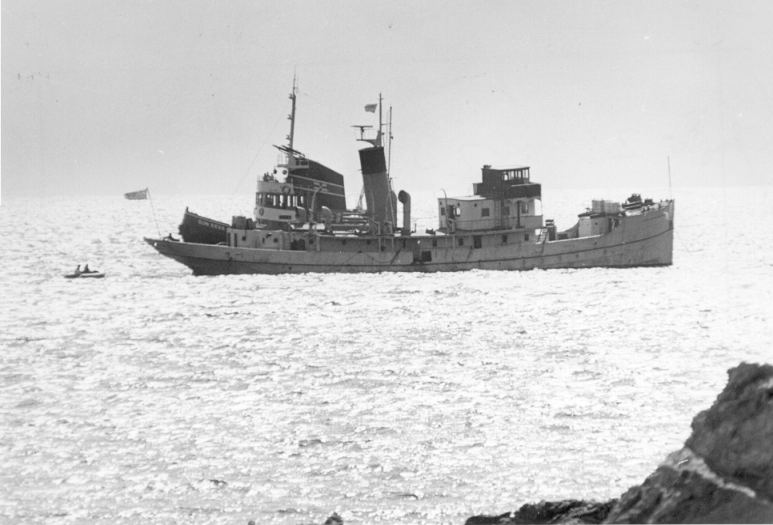 At the outbreak of the Second World War, the Glen Strathallan was lent to the Royal Navy and refitted as an escort vessel, a duty she carried out for nearly four years. When the War was over, Colby Cubbin got his yacht returned to him, and he used it extensively for cruising between the Isle of Man and Scotland. He must have become very fond of her, because when he unexpectedly died his Will revealed that he wished the Glen Strathallan to be used as a floating school room. But he also stipulated that if no useful employment could be found for his ship, she was to be taken out to sea and sunk.

For years the Glen Strathallan was used as a training ship for future officers of the Merchant Navy, but finally her age and escalating costs made her an uneconomic proposition. Faithful to the wishes of the late owner, the trustees decided to sink the Strathallan in the Hurd Deep, way out in the English Channel. Plymouth Ocean Projects of Fort Bovisand got wind of the project, and appealed to the trustees to sink the ship near the entrance to Plymouth Sound instead. Here they said the ship could be used as an underwater classroom and so still be of some educational value. This scheme was agreed to, and after taking out the Strathallan’s steam engine, (which is now on view at the Science Museum, London) her seacocks were removed, and on 27 April 1970 the Glen Strathallan gently slipped beneath the waves about 200 yards from the Shagstone. 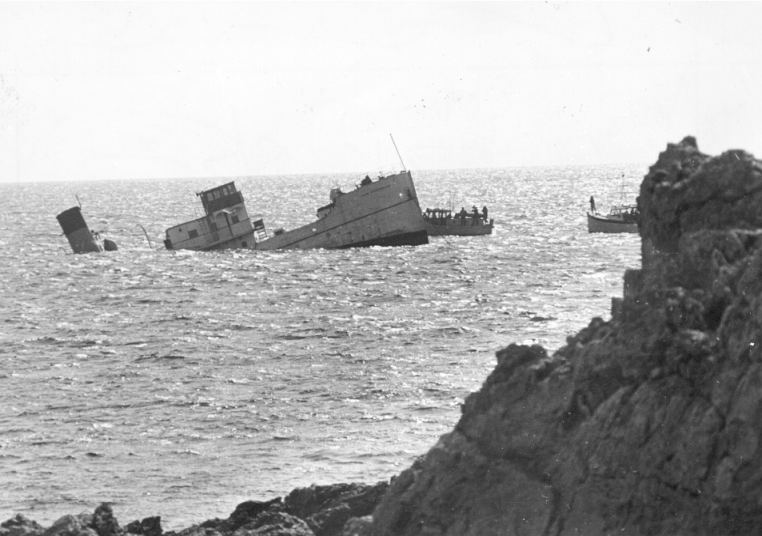 A lot of good ideas often go wrong through lack of foresight and this was to be the case with the Glen Strathallan. In the end Trinity House placed a buoy on the wrecksite. However a wrangle blew up about who was responsible for paying for the maintenance of the buoy, and in the end Fort Bovisand was ordered to render the wreck safe to navigation. In due course the Glen Strathallan was dispersed and its value as an underwater classroom destroyed. A great pity, and something I am sure that Colby Cubbin would not have approved of.

The wreck now lies under fifty feet of water on a sandy bottom strewn with large rocky outcrops. Although well dispersed the main parts still make for a fairly compact drive. The bow section is still recognisable, and you can just about follow the outline of the hull by tracing the ribs back towards the rear cabins. Near the cabin lies the main boiler. This is quite massive, standing some twenty feet above the sand, and you can swim partway into it via some large inlet holes. You can also swim into the cabin but it is rather confined, and there is a lot of jagged metal about. Strewn all around this area are parts of the companionways, the rudder, and a section of decking still with its planking and large deck pulleys. Amongst the tumbled iron plating roam some friendly wrasse, the most impressive being a rather large red one with big white spots. He wouldn’t accept our offerings of chopped mackerel, but the rest seemed quite used to it. On the outskirts of the wreck, in amongst the sand and rocks, can still be found the odd fork, a piece of tableware, or some of the tiles used in the toilets and galley. On the way back to the bows, there are still lots of debris for you to sift through including some ladders, a large deck winch, and many other bits and pieces of broken machinery. Around the bows are masses of steel plates, under which lurk lobsters. They are not very big so they are not really worth taking. However, with a bit of patience and bribery they will come out and allow you to take their photograph. 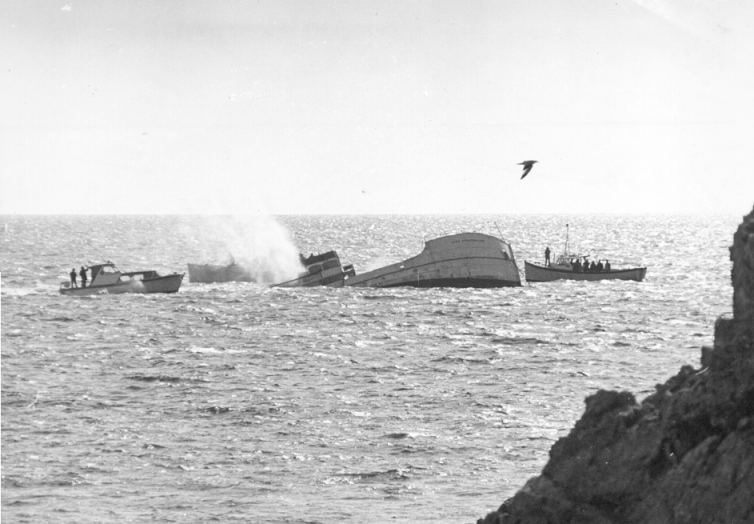 All in all the Glen Strathallan provides some very good diving. The visibility is usually very good, and currents present no problems. The wreck is prominently marked on the latest charts, and because of its close proximity to the Shagstone, it is quite easy to find. The marks shown here should put you directly on the bows. However if any difficulty is experienced I am sure that Fort Bovisand will be pleased to help. They put hundreds of divers on her each year, and with any luck you will be able to team up with a group about to dive on her. 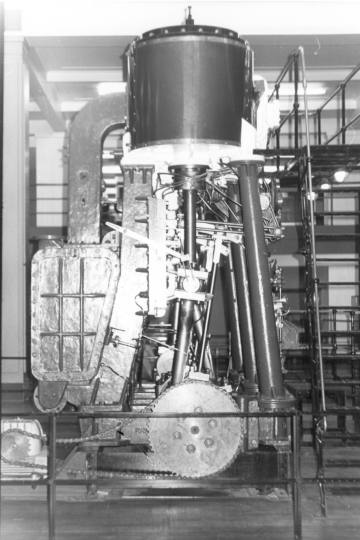 The engines are still in the Science Museum in London.

Don’t wait too long to dive on this one. I am sure that Colby Cubbin, wherever he is, would much rather you visit his ship while there is still something of her to see, rather than wait until she breaks up and is scattered all over the seabed.

I dive on this wreck all the time, and although it is now getting a bit scattered, the main features are still there. it is still a nice little wreck with plenty of photo opportunities. These were taken by Peter Rowlands around Feb 2009. 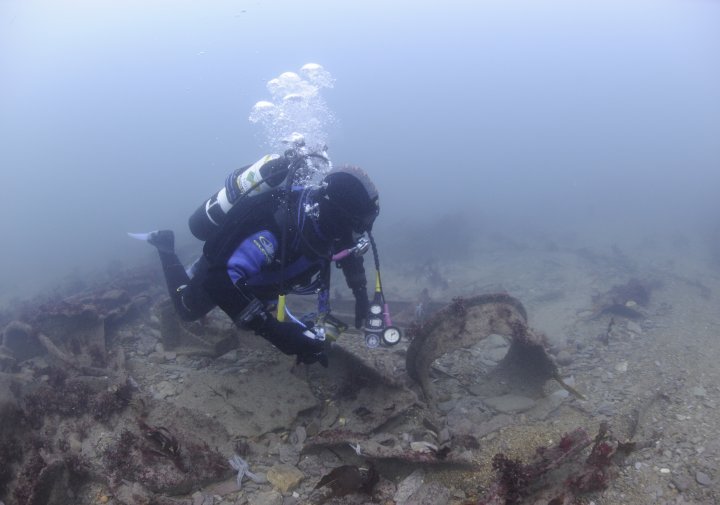 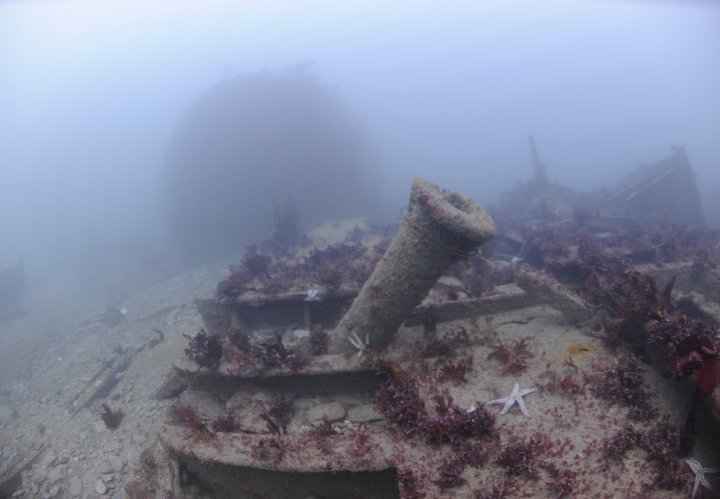 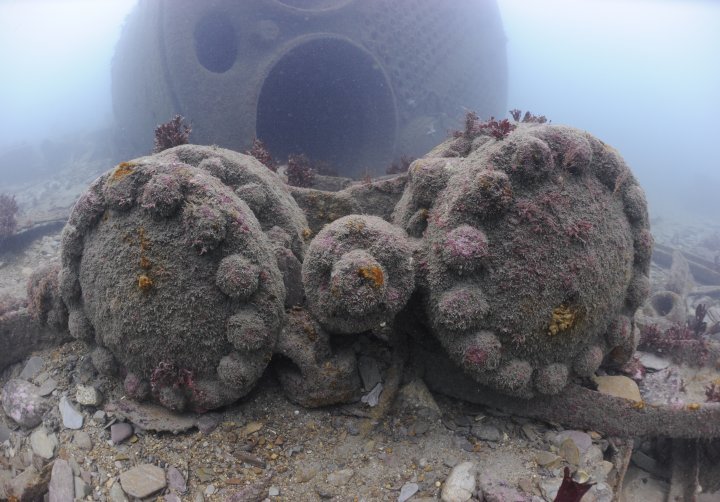