In the latter part of the Second World War hundreds of Italian prisoners were housed at Camp 60 on Lambholm, in Orkney. Most of these prisoners had been captured in the North African campaign and sent to Orkney to work on the Churchill Barriers, a series of huge concrete causeways which sealed the eastern approaches to Scapa Flow. Camp 60 consisted of thirteen basic Nissen huts which were pretty awful. However the Italians planted flowers, built concrete paths and soon the whole area looked a lot more like home. However there was one thing lacking for the Italian prisoners, and that was a chapel. 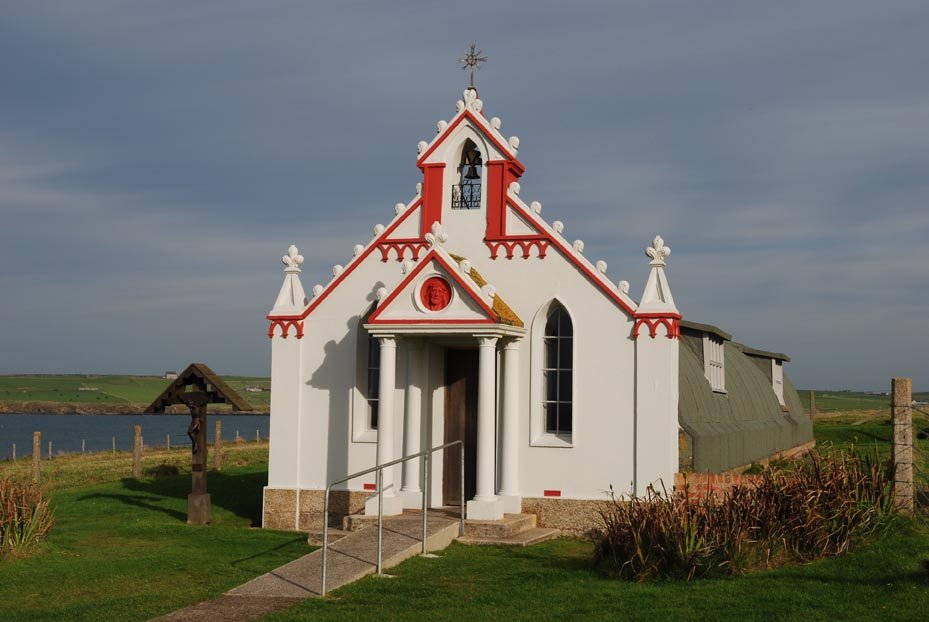 A fortunate combination of a new commandant, an enthusiastic priest, and a very talented artist prisoner called Domenico Chiocchetti soon got things moving, and in late 1943 two Nissen huts were made available to the prisoners to turn into a chapel. The result was both incredible, and inspirational. 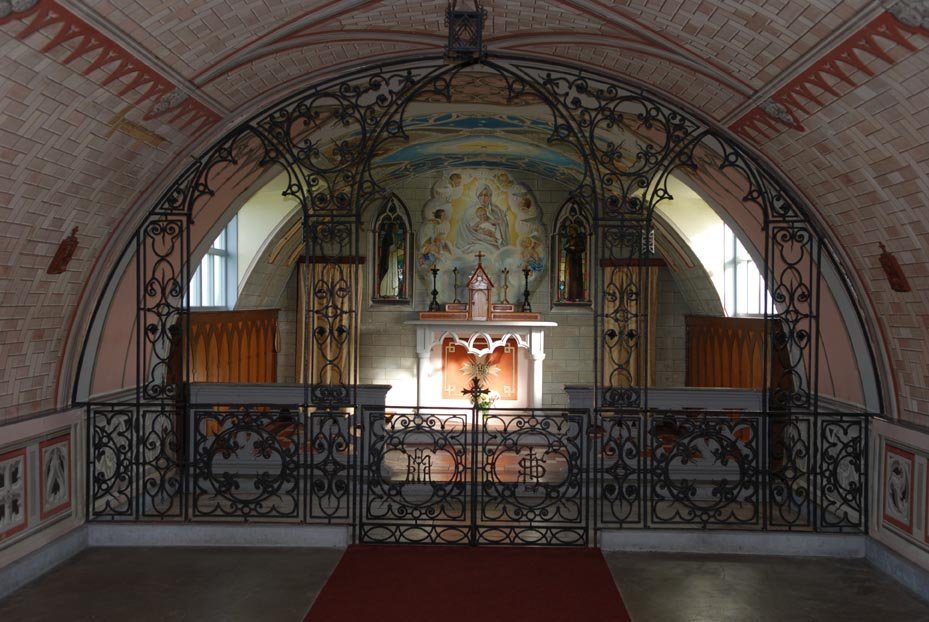 The inside of the Chapel showing the altar painting.Photo Peter Rowlands.

I first saw this chapel in 1986 and was immediately captivated by it. The inside of the huts have been plaster boarded and painted to resemble the inside of a church with a complete wrought iron sanctuary screen made out of pieces of scrap. The alter piece was Chiocchetti’s masterpiece. It was a painting of the Madonna and Child based on a famous Italian picture painted by Nicolo Barabina (1832-1891), a copy of which, Chiocchetti had carried around with him during the war. 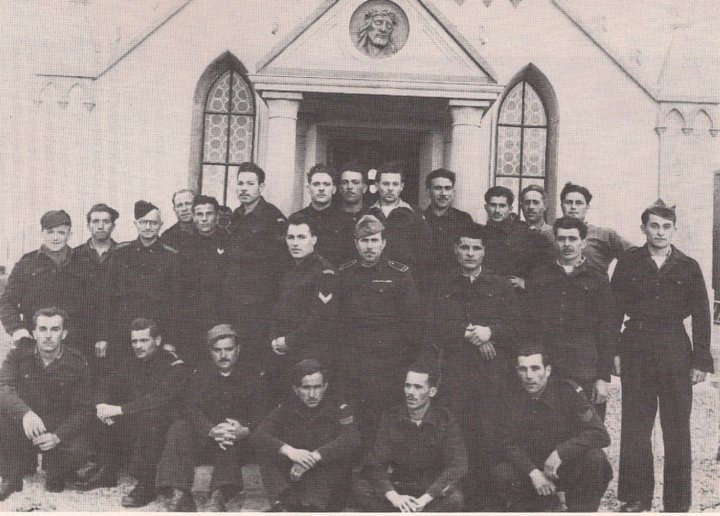 The men who built the Chapel. Chiocchetti is on the far right. Photo courtesy of the Chapel Preservation Society.

After diving on the German wrecks and wandering around Orkney looking at the remains of war, you soon realize (if you haven’t already) that war is such a tragic waste of human lives. This chapel brings it all into perspective. It’s a triumph of the human spirit and a huge affirmation hope. How those prisoners must have believed and prayed for a peaceful future.