The Kyber was an iron windjammer of 1967 tons, launched on Merseyside in 1880 for the Indian trade of the Brocklebank Shipping Line. In 1899 she was sold to the Calgate Shipping Company of liverpool and it was under this management that she embarked on what was to be her last voyage.On September 16th 1904 the Kyber was at the mouth of the Yarra River, Melbourne Australia, with orders to sail for Queenstown in Ireland with a cargo of 3000 tons of Victorian wheat. The voyage went well and on March 1905 she was 138 days out from Melbourne approaching the Cornish coast, when she was spotted by the lighthouse keepers on the Wolf Rock running before a freshening south westerly wind on course for the Lizard. However, as the day wore on the weather worsened with the wind rising to a near gale forcing the Kyber inexorably into Mounts Bay, which is between Lands End and the Lizard. 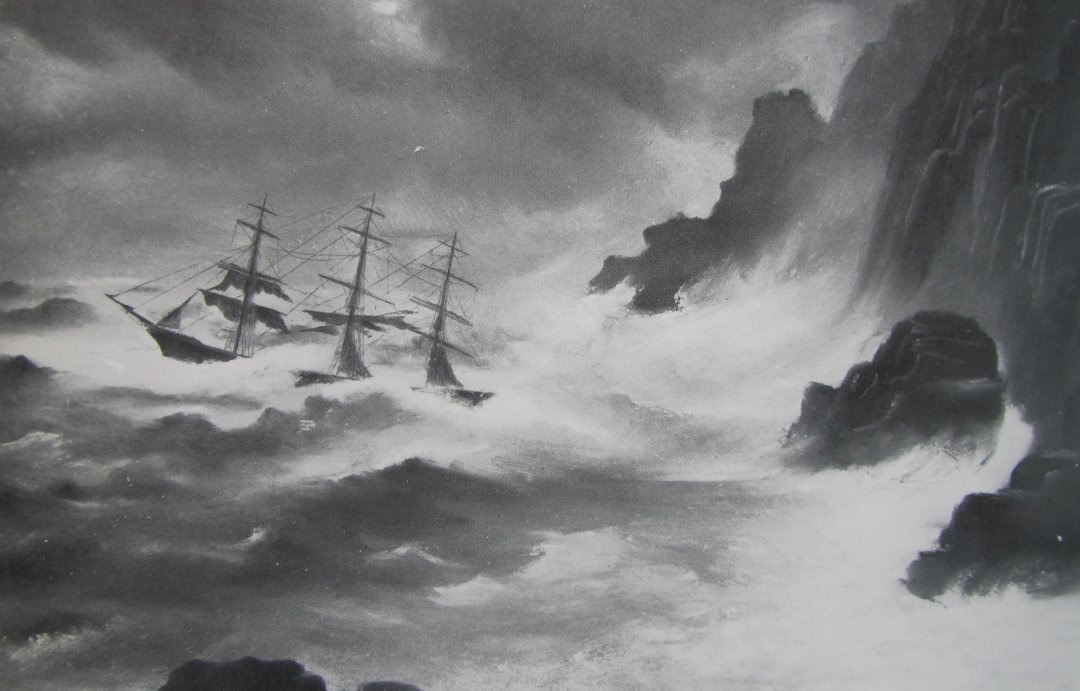 Painting of the Kyber about to strike the cliffs.

The men at the Coast Guard station were joined by the Cox’n of the Porthleven lifeboat who had seen the Kyber wallowing in heavy seas too far to leeward to get around the Lizard. He sent also sent a telegram to Falmouth for tugs to attend the vessel. As night fell the situation on the Kyber was getting desperate. All the sails were blown away making the ship impossible to manage in the heavy seas. Captain Henry Rothery let off distress signals and fired rockets when he was able to make out the outline of the Lizard light through the driving rain but it was all to no avail, around eleven o’clock that night, as the ship was pushed closer to the shore the captain let go two bow anchors to halt the drift of the Kyber, which was now, only 400 yards from the rocky cliffs of Portloe. The wind was whipping the sea’s to a frenzy with huge waves driving straight over the ship as she sank into the deep troughs, becoming submerged from stem to stern. Although the anchor ropes were bar taught they still held firm. On land the drama was hidden by the driving rain and pitch black sky, so it was not until dawn the following morning that the rocket crew from Sennen were alerted. The lifeboat could not be launched as the storm had flung great rocks all over the slipway so the rocket crew made its way up the hill towards Portloe. 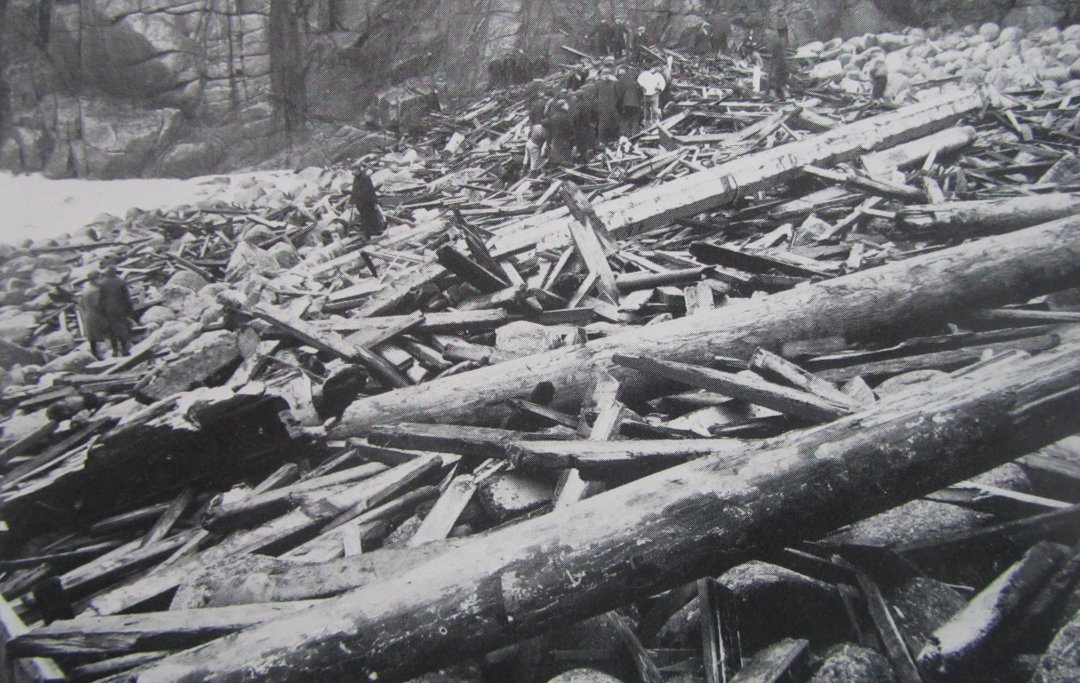 The Kyber, smashed to matchwood.

At the same time as dawn broke the crew on the Kyber, who had been clinging to the rigging for over seven hours were in desperate straits half drowned and almost frozen to death. The ship was by now just a collection of bits of wood still held together by hope, but still she inched closer towards the cliffs as her anchors started to drag. As the Rocket crew ran as fast as they could towards the stricken ship, disaster finally struck. The anchor ropes were as stiff as iron bars under the immense strain and when a huge wave tore over the ship, it pounded onto her port side, turning the Kyber to leeward. The mizzen mast collapsed, then the fore and main mast, flinging the crew into the water. The stern smashed down onto the rocks breaking the vessel amidships. Within a few minutes the Kyber was a mass of debris scattered all over the beach surrounded by a sea full of floating wheat. 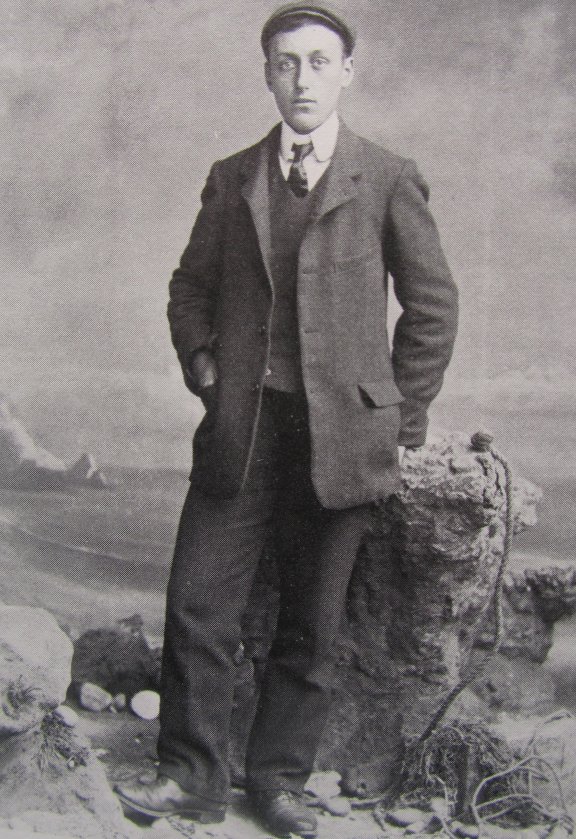 Only three of the crew escaped. John Harries an apprentice managed to jump overboard just before she struck, Gustavus Johannson and Leonard Willis dropped from the stern onto a patch of rocks and were rescued by fishermen and coastguards who had rushed to the scene with the Rocket brigade, who arrived to find that their job was done. The bodies of Captain Henry Rothery and 22 of the crew were later recovered and buried by the side of the tower at St. Levan church. 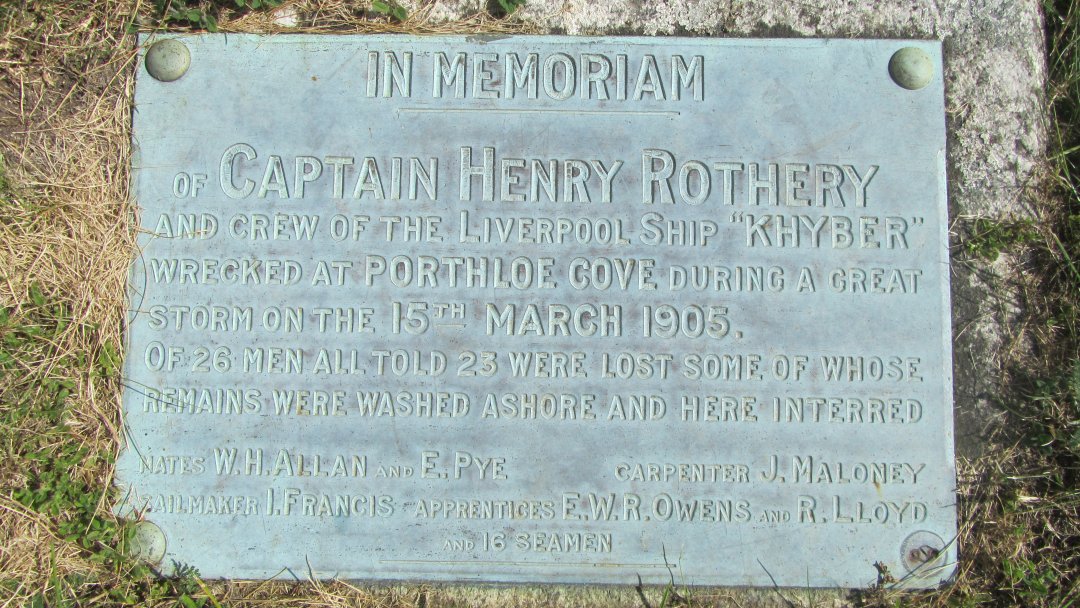 Only this small marker for the souls of the Kyber.

St. Levan Church is set in a pretty secluded valley some distance from the village of St. Levan. The church proper goes back to the 15th century but some parts are Norman. The Kybers’ grave is right by the tower, and near a great cleft stone known as the St. Levan Stone. It dates back to pre Christian times and has an interesting prophecy made by the Saint which says, that when a packhorse with panniers astride can walk through the crack, then the world is done. You can see more on this interesting Church at their website. 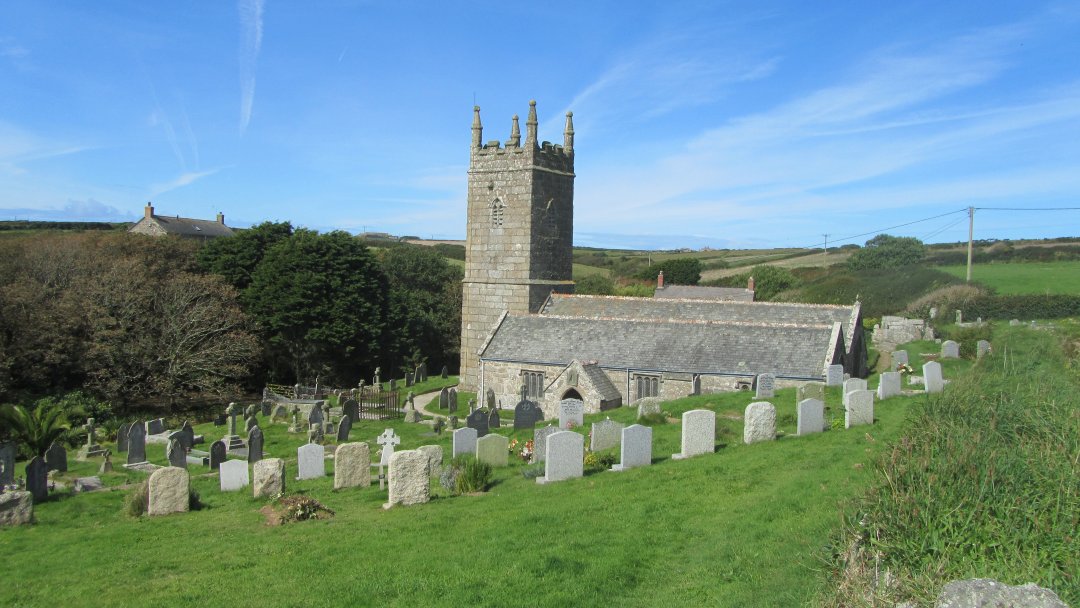 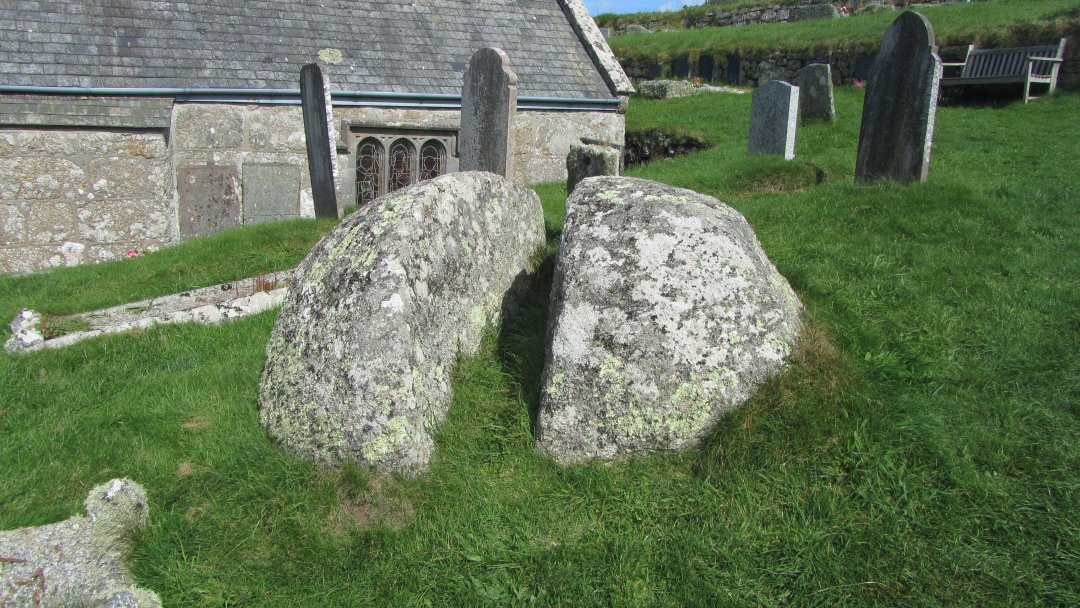 Nearby to the tower is the grave of Vice Admiral Cecil Ponsonby Talbot KBC,KBE,DSO. 1884-1970. The career of this man is incredible. It reads like a ‘Boys Own’ comic. He was in the Boxer Rebellion in China and served at Jutland. Furthermore he became one of the first submarine commanders of the Geat War, and also joined the Naval Air service in airships and blimps. Serving with distinction in the Second War he became the youngest Admiral since Nelson. The list goes on and on. I have copied a few photos from his Sons’ excellent website just to give you a flavour of those bygone days. I urge you to visit the two sites below, to learn more about this truly remarkable man 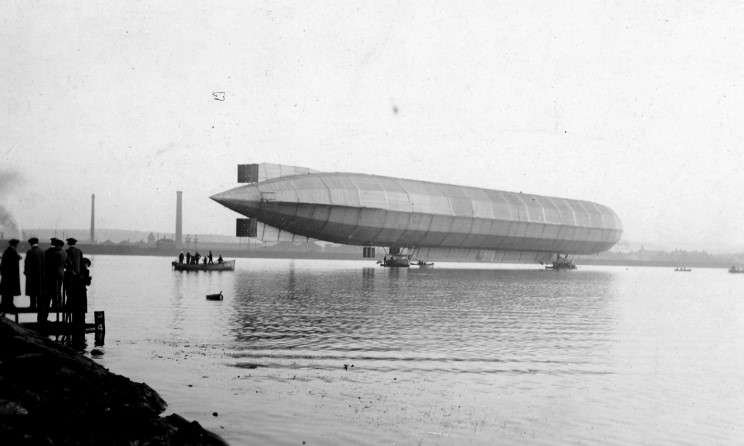 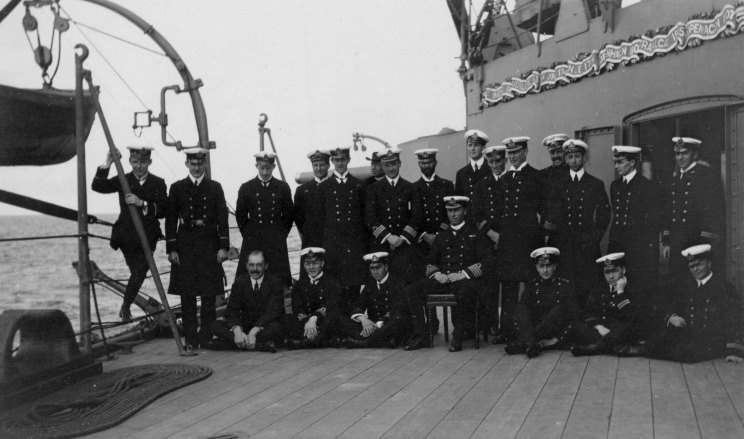 Talbot is in the chair. 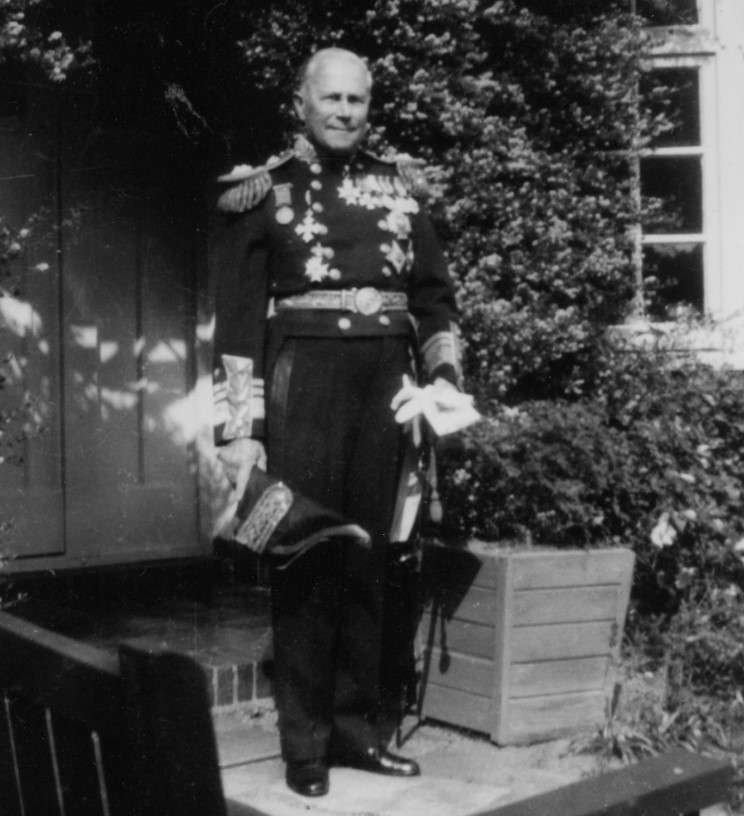 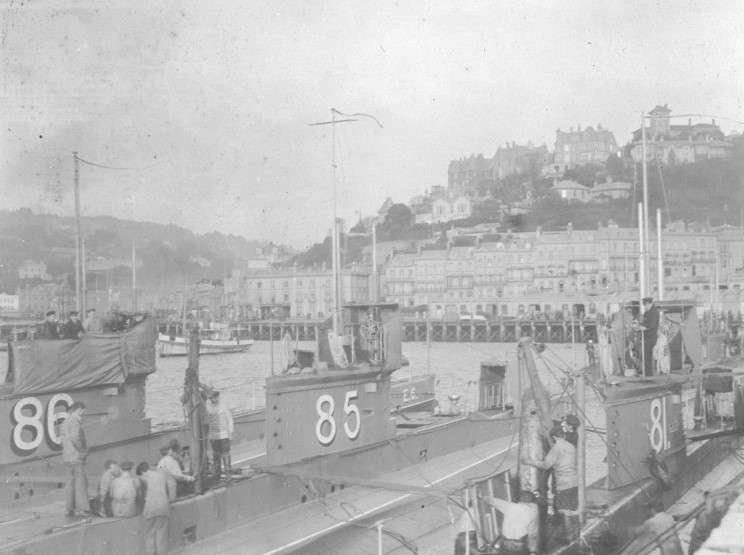