Many ships have fallen foul of the Lizard with its dense fog and treacherous seas, and in 1907 the White Star liner Suevic joined that infamous club when it was wrecked on rocks just yards from the Lizard lifeboat station. The wrecking was notable for setting the record for the greatest number of lives saved since the RNLI was founded in 1824, a record that still stands. 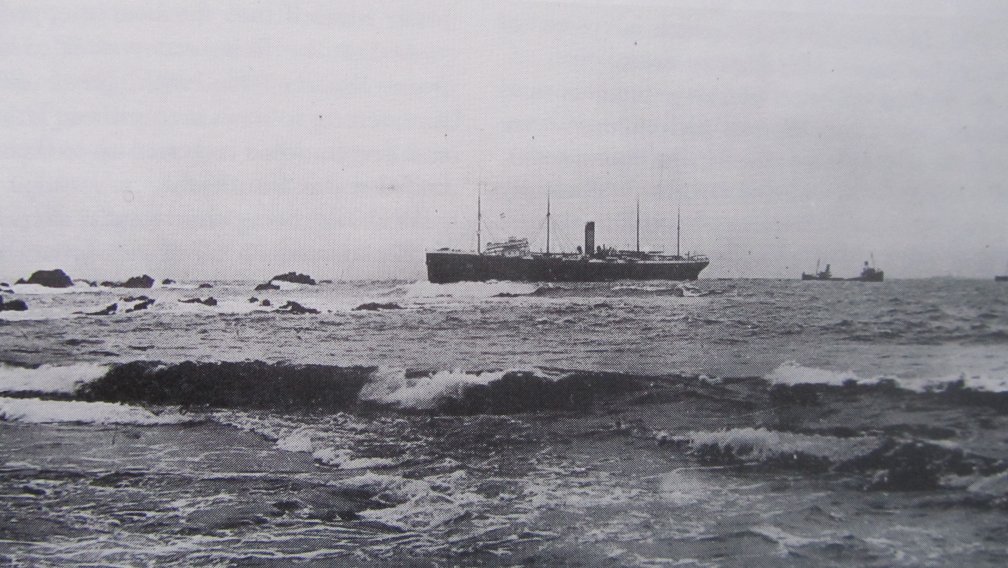 The Suevic held on the rocks.

The Suevic was a vessel of 12,500 tons outward bound from Australia to Liverpool with a total complement of 456 passengers and crew and carrying a cargo that included frozen meat, butter, and copper bars. After calling in at Plymouth she set off on her last leg to Liverpool, but as the Suevic approached the Cornish coast dense fog surrounded the Lizard and unknown to her captain an error of navigation had placed the ship much closer to the shore than she should have been, and to cap it all the Liner was stemming at almost full speed, far too fast for the conditions. On the night of March 17th all these factors came into play and the Suevic ran full tilt into the Maenheere rocks just a few hundred yards from the Lizard lifeboat station. Her bows wedged firm between the jagged rocks which punched holes in her hull ensuring that the whole ship was stuck firmly on the rocks.

The Suevic is blown into two halves.

Tugs and four lifeboats arrive quickly on the scene but the dense fog and the maze of rocks and sunken ledges between the ship and the shore made the rescue extremely difficult. One lifeboat crashed into the Liner in the fog before the cox’n saw it but luckily no harm was done. 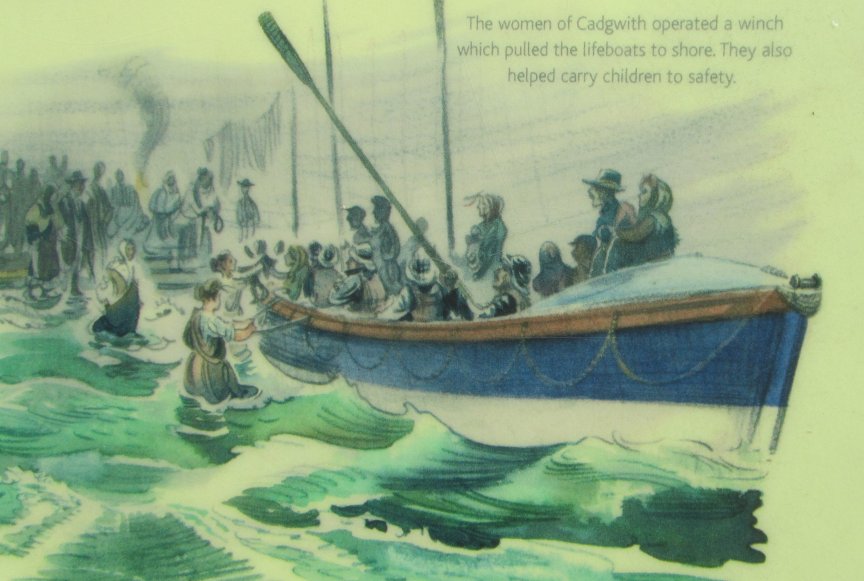 All the passengers and crew were rescued due to the magnificent efforts of the four local lifeboats. Of these the Cadgwith boat brought in 227 survivours, the Liizard boat 167, the Coverack boat 44 and Porthleven 18. Of the 456 survivors 160 were women and children. 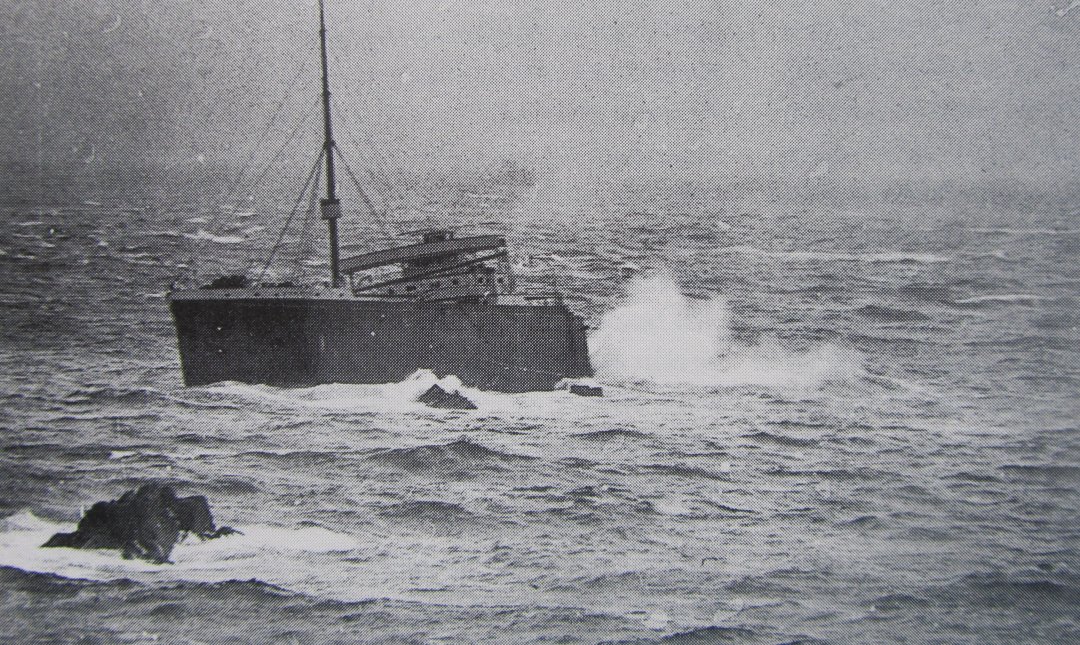 The Bow is left to sink. 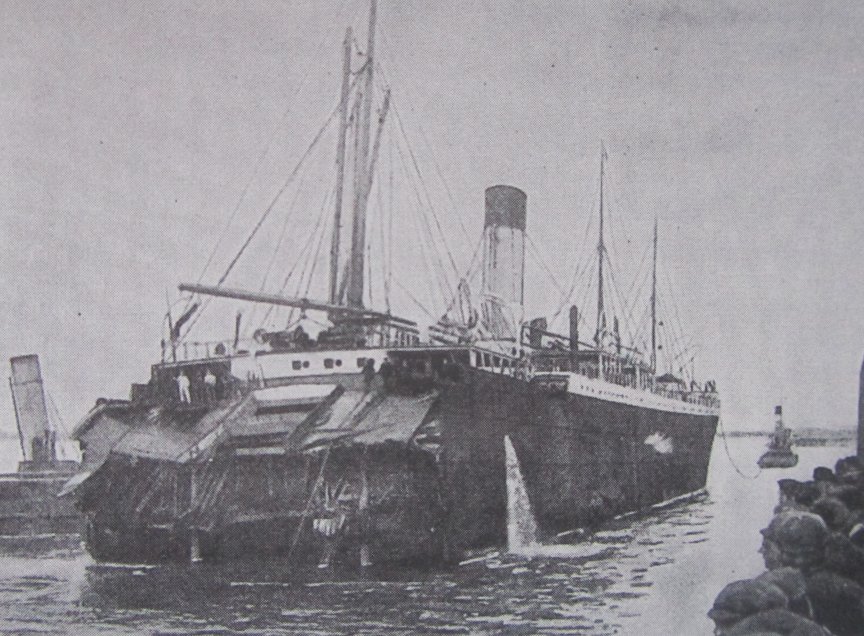 The Stern is towed away.

Two days after the stranding every available lighter and coaster in the West Country was assembled to offload all the cargo and passenger belongings in a race against worsening weather. Divers were sent down to inspect the hull and because the forepart was so damaged they used explosives to shear off the bows from the relatively undamaged remainder of the ship which then floated free. Since this part of the ship contained all the machinery , boilers and passenger accommodation it was decided to tow it to Southampton. The owners, The White Star Line, they of Titanic fame, had a new bows built in Belfast , towed around to Southampton where it was grafted onto the old part of the ship. Thus the Suevic was reborn to sail another day. During the First World War she served as a troop ship, then in 1929 was sold to a Norwegian whaling company and renamed Skyttern. She survivd as a whale factory ship until 1942, when during the Second World War her crew scuttled her in the Skagerrack to prevent her falling into German hands.

The Lizard Lifeboat station with survivors fron the Suevic 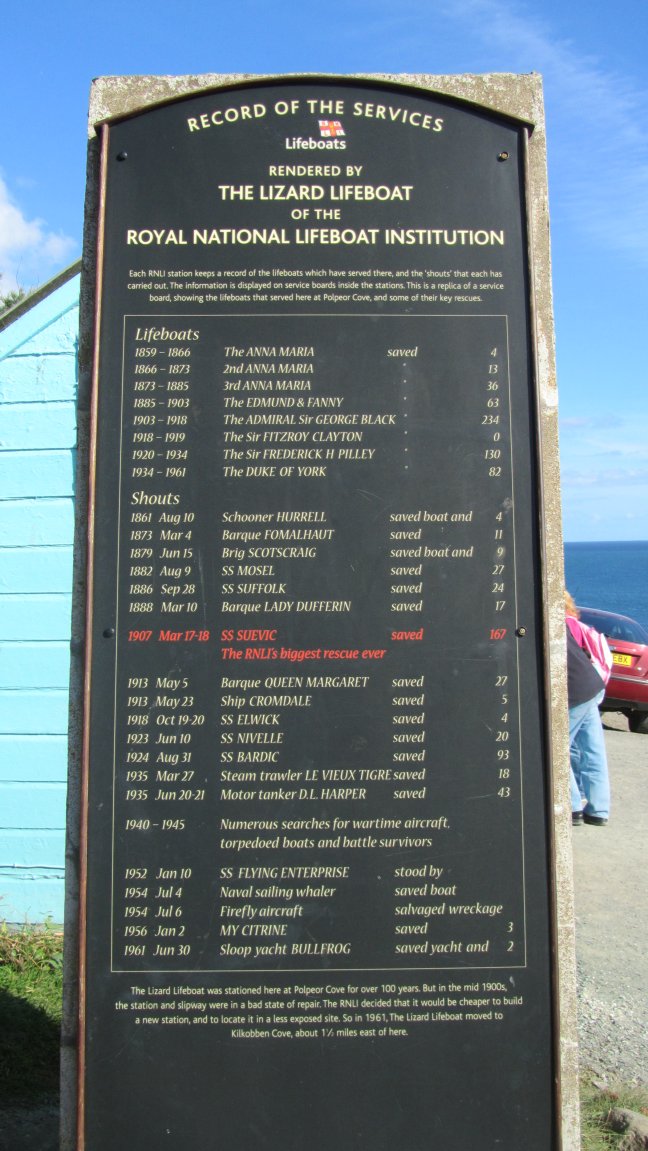 You can still get down to the old lifeboat station on the Lizard and it is easy to see the rocks where the Suevic was stranded. The RNLI have placed a board on the path near the café’s illustrating the story. While you are drinking in the wild beauty of this the most southerly headland in Britain take the opportunity to walk up the coast path to the Lizard lighthouse. (you can drive there as well, it has a large car park) The light house was established in 1619 by a philanthropic Cornishman, Sir James Killegrew. The lighthouse is 19 metres high, but stands 70 metres above sea level making it one of the highest in the country and its light can be seen for 26 nautical miles. 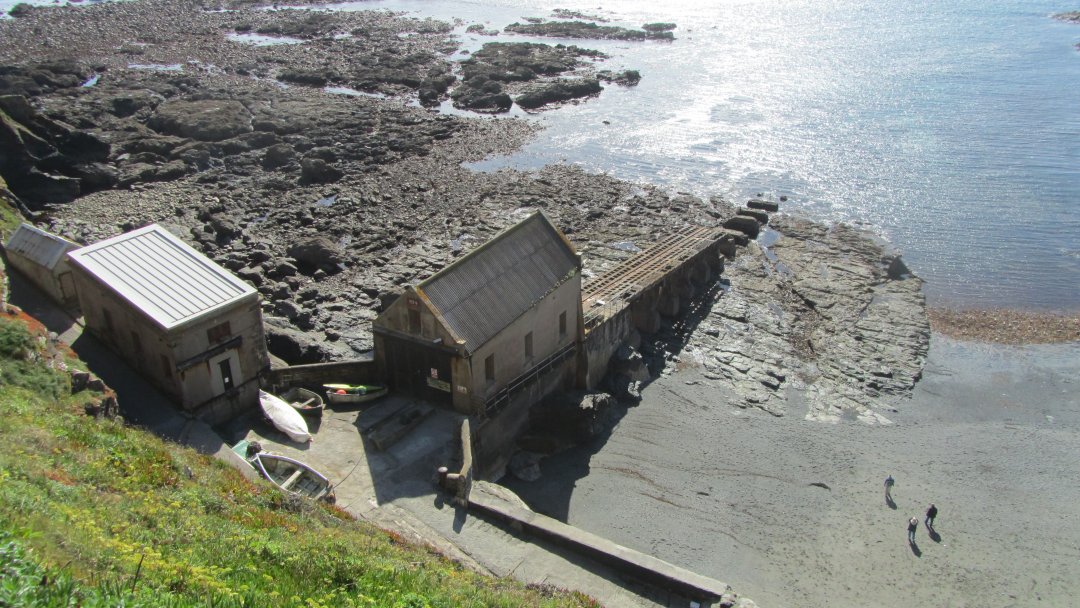 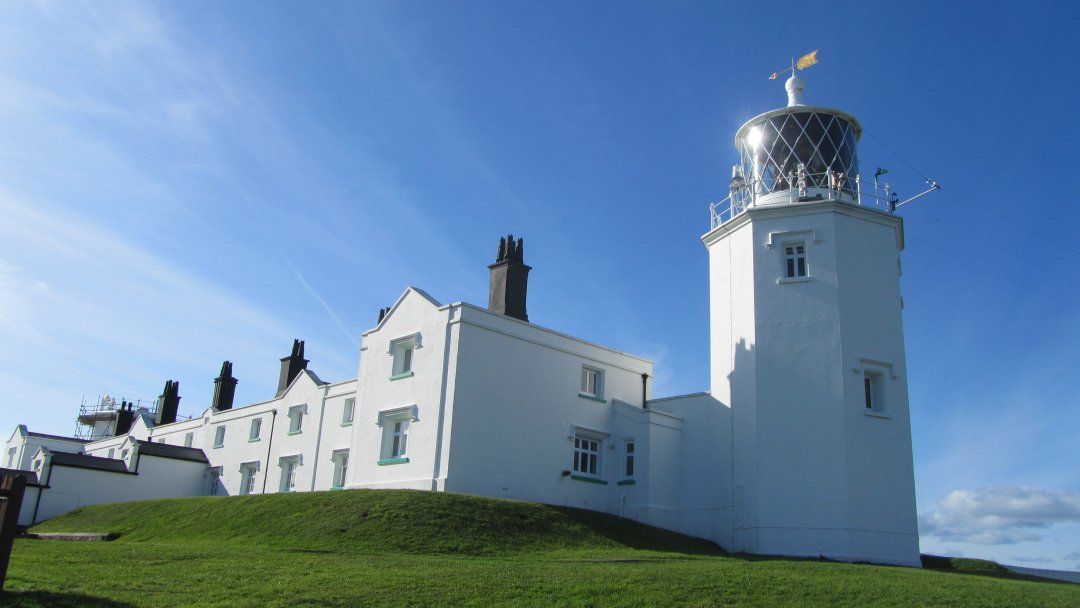 The whole site had been recently refurbished with lottery money and has a small but interesting museum, a shop and of course you can also do conducted tours of the lighthouse which is great because you get to stand right at the top with the light going around revolving on its bed of mercury. The views are breath taking and the whole area is still relatively unspoilt. The cafes further down are very nice and not too expensive. For the more hardy among you let me recommend the walk across the cliffs to Kynance. The scenery is magnificent, and you feel that you are in a separate country all off its own. Well that’s Cornwall for you.
< 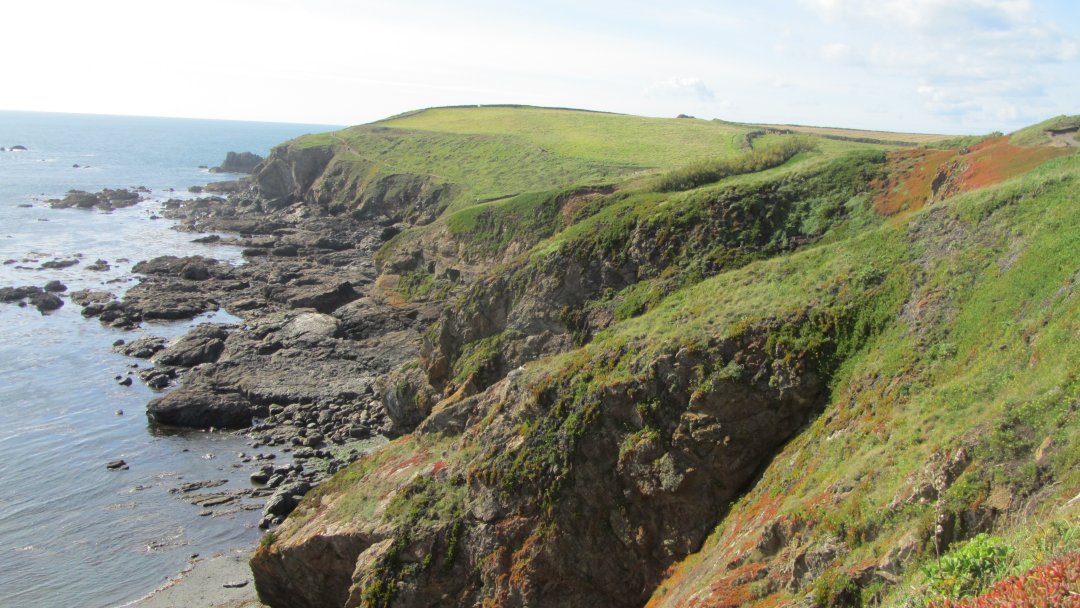 The fantastic view across the cliffs towards Kynance.
View Larger Map