Museums to me are often or not dull affairs to which I am forced to go to find the information or artefact I require for my research. The Titanic museum in Belfast is a very great exception to that rule. After all this time, and after all the books and films, we should know all there is to know, or want to know, about the Titanic. But the Belfast Museum turns the whole thing on its head and tells the story of the ill-fated Titanic from the point of view of the people who built it, launched it, and then had to deal with the aftermath. The Museum is located in the Titanic Quarter of Belfast, where the old Harland and Woolfe shipyard was. It hasn’t all been developed yet, but you can still see the huge graving dock where Titanic was built, and the Pump rooms that filled it. 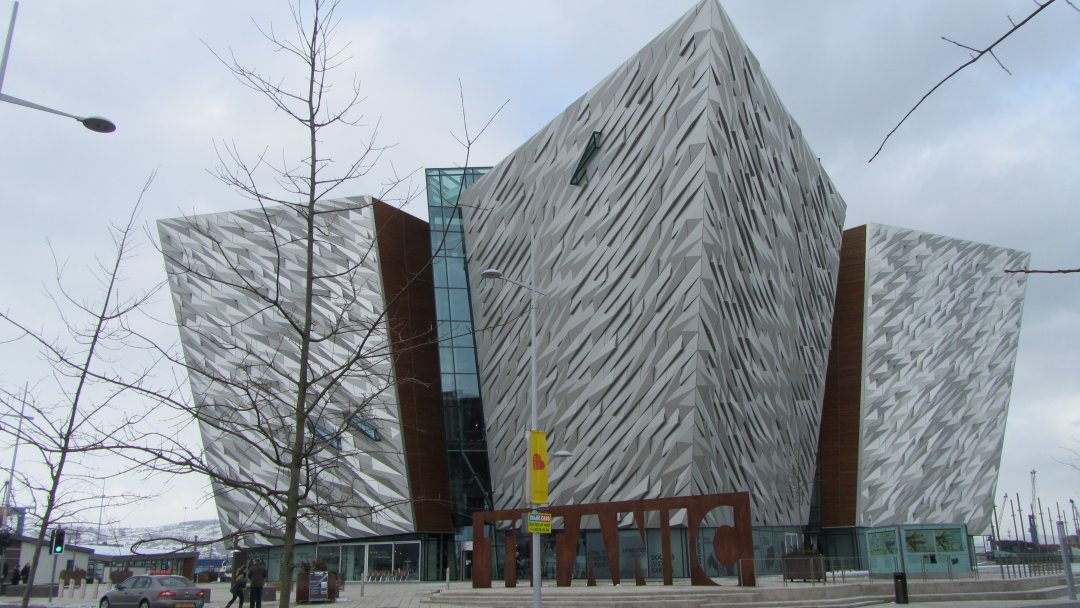 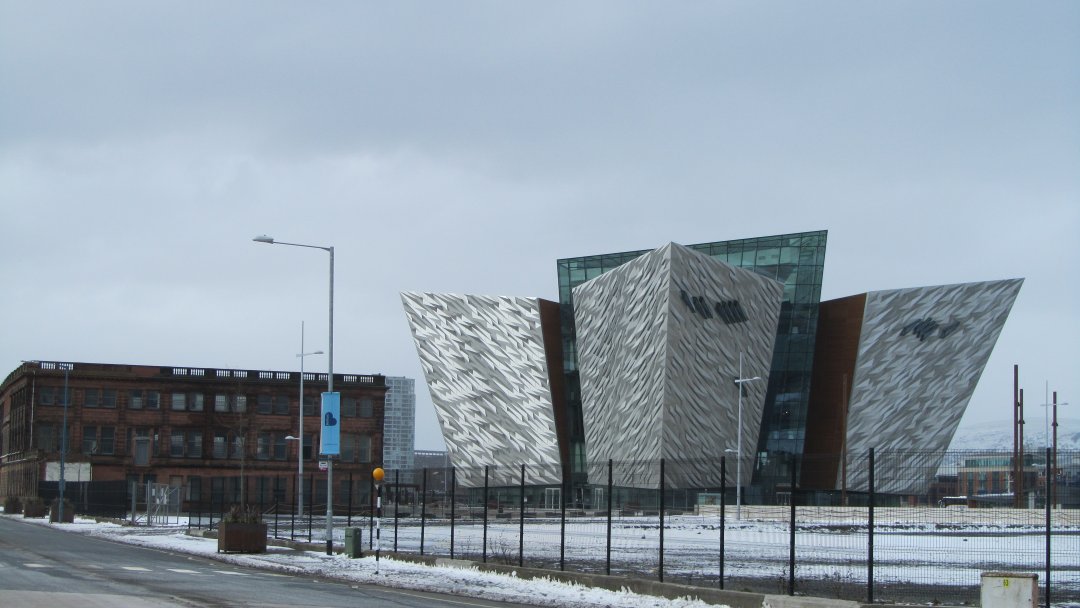 The building is absolutely stunning (no exaggeration) being shaped in the form of four bows of a ship representing the four ages of shipbuilding in Belfast – Wood, Iron, Steel and Aluminium. It also mirrors the massive Arrol Gantry where Olympic and Titanic were built side by side. The museum stands in the old dockyard right near the graving dock that was used to build her. When I visited, (2013) it was in the teeth of a howling snow blizzard, with the taxi driver making bad jokes about the whereabouts of icebergs. 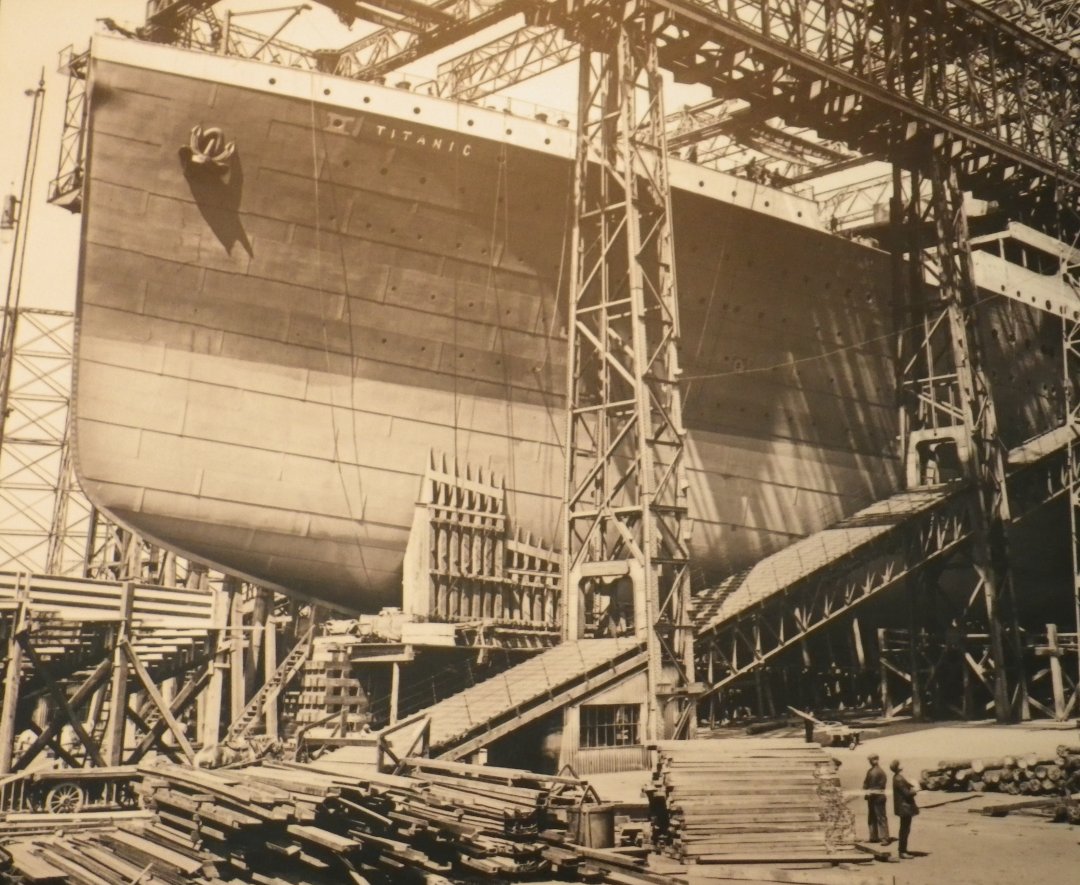 Titanic prior to launch.

Inside the museum is on six floors with a cinema showing video from the sunken Titanic. This is not the usual material that we are all familiar with but new footage showing the ROV’s at work. Most poignant for me was the placing of several memorial plaques from relatives on the wreck. There is also one of the ROV’s in the cinema for you to have a look at. 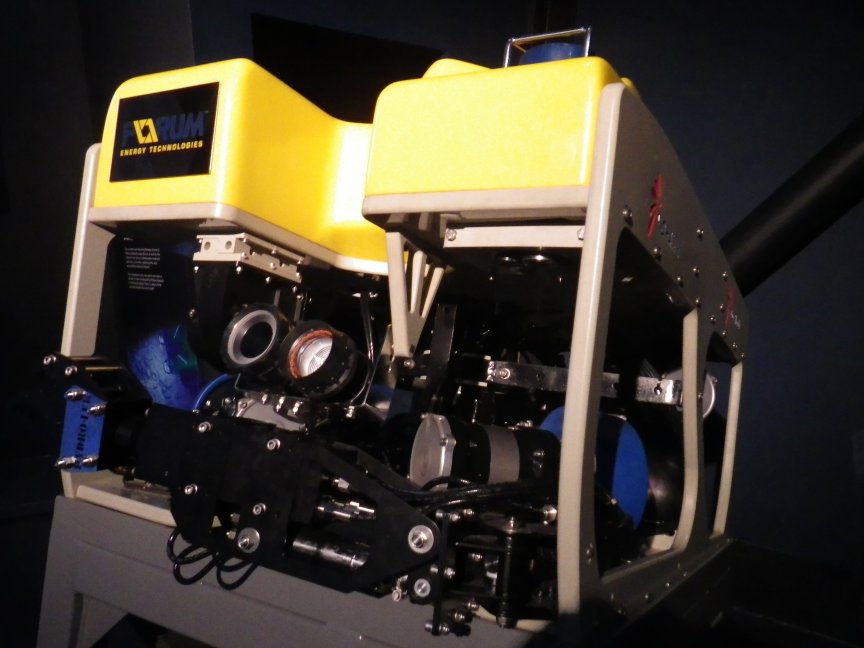 One of the ROV’s used to take film of the wreck.

Instead of just having a lot of artifacts (although they have quite a few) the museum has instead used the latest in film and projection technology to bring alive the streets of Belfast where the dockyard workers lived, so as you walk along a gallery one of the walls becomes film and sound and guides you towards another part of the story. It is very well done and not at all intrusive to your enjoyment. It can be a bit spooky when animated characters start speaking to you. There is a vast amount of material, but you are faithfully guided around, almost by the exhibits themselves. 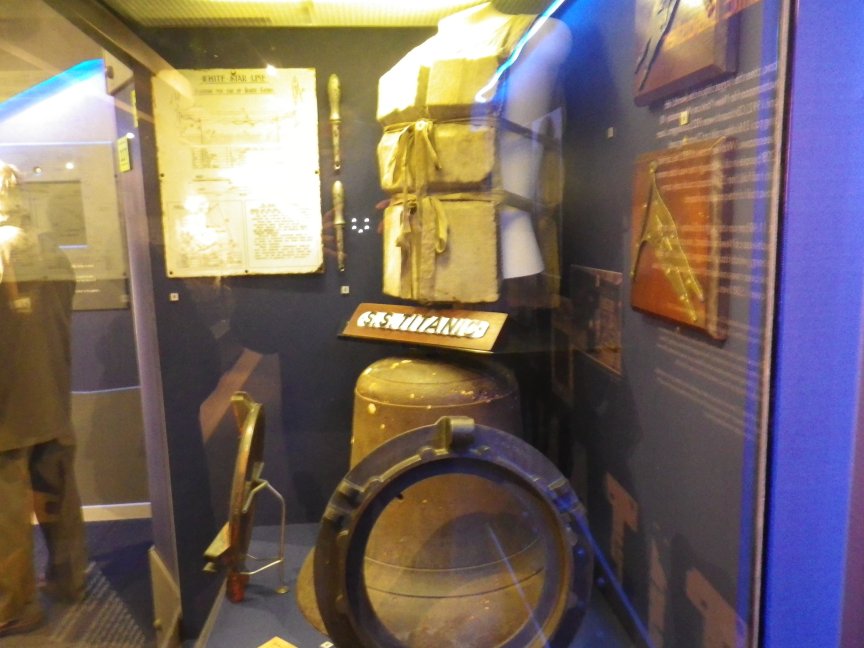 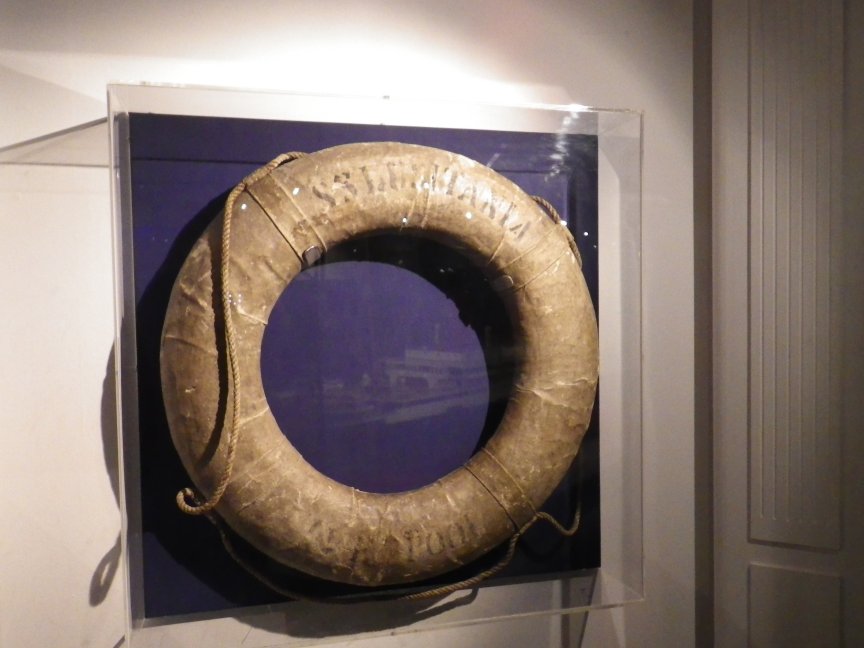 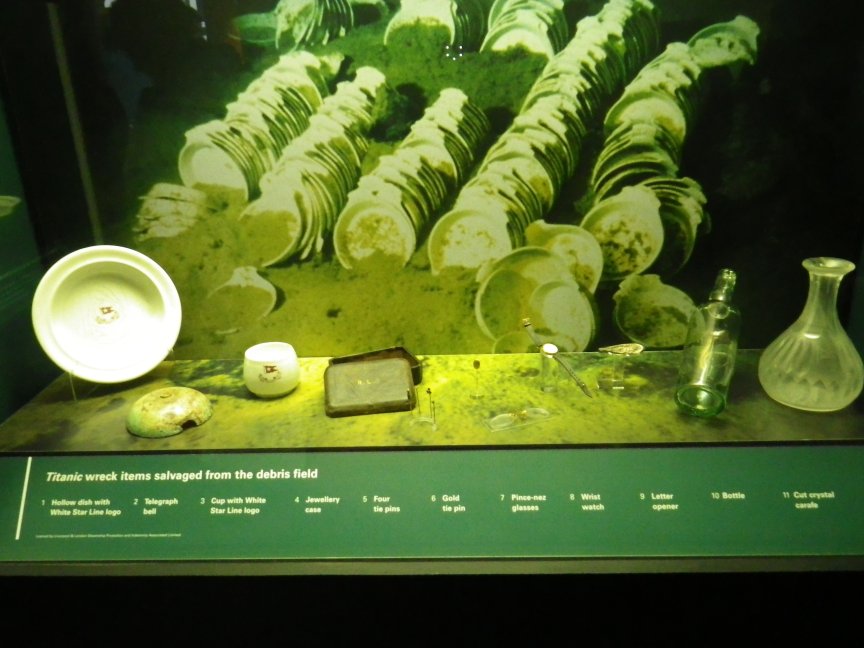 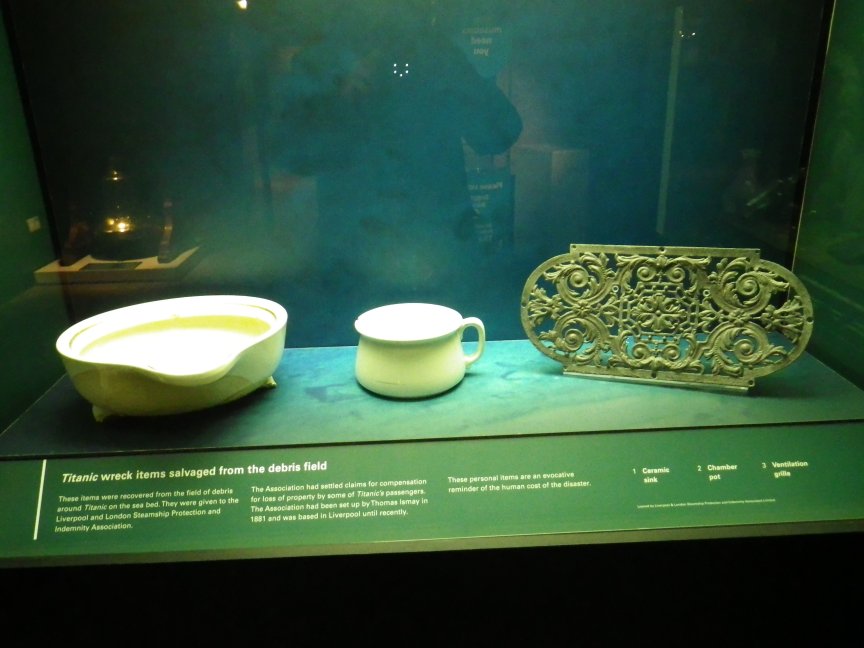 One of the most imaginative galleries was no 5, The Maiden Voyage. Here you get to know the crew and passengers – hear about their dreams and learn about their lives on board Titanic as they set sail for America. A highlight for me was a representation of the Titanic thundering down the slipway, for her first taste of the element that was to destroy her. Amongst all the film and interaction was a bit of virtual reality that was inspired. You stand in front of a dark wall and suddenly you are in the engine room of the Titanic with all the engine room alive around you. Bit by bit you are transported up a cut section of the ship showing steerage, first class, public lounges and dining areas, up the Grand Staircase (so immortalised in the film) until finally you arrive on the bridge. It is a great piece of theatre and informative too. There are the usual coffee shops and eateries and a souvenir shop that sell a good range of items. If you buy one thing, buy the souvenir guide Titanic Belfast. It has some wonderful photos and is really informative. 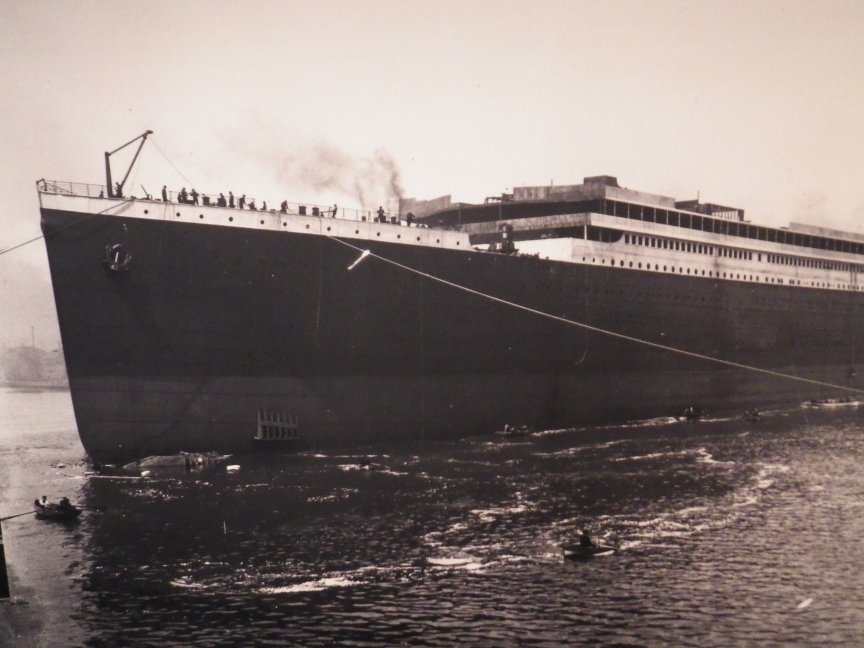 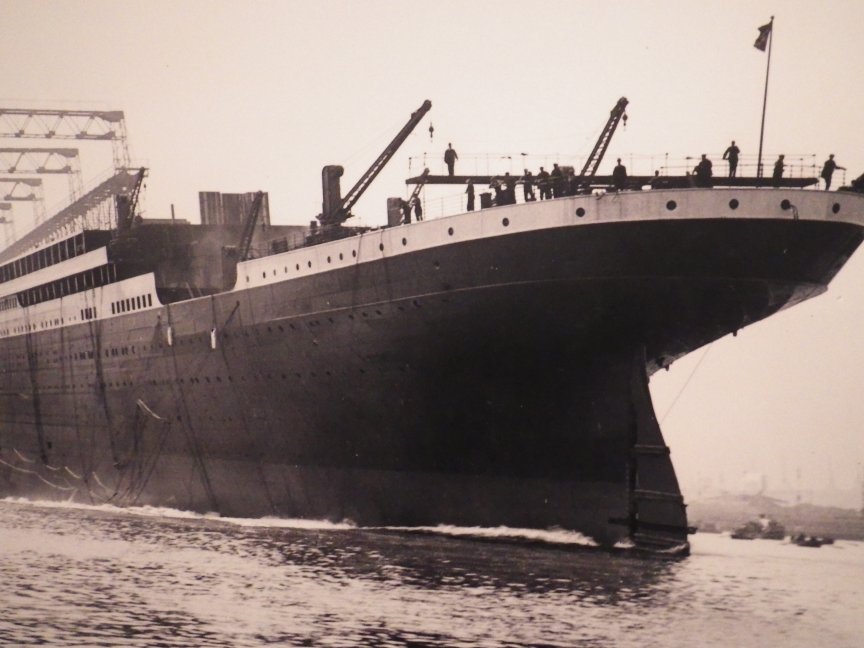 I spent over three hours looking around and could have stayed a lot longer, it’s that good. For those of you who worry about the situation in Belfast, don’t. The people are extremely friendly, the pubs and resturants great, and apart from the odd flare up, away from the city centre, usually around the marching season, the city is as safe as any in mainland England. 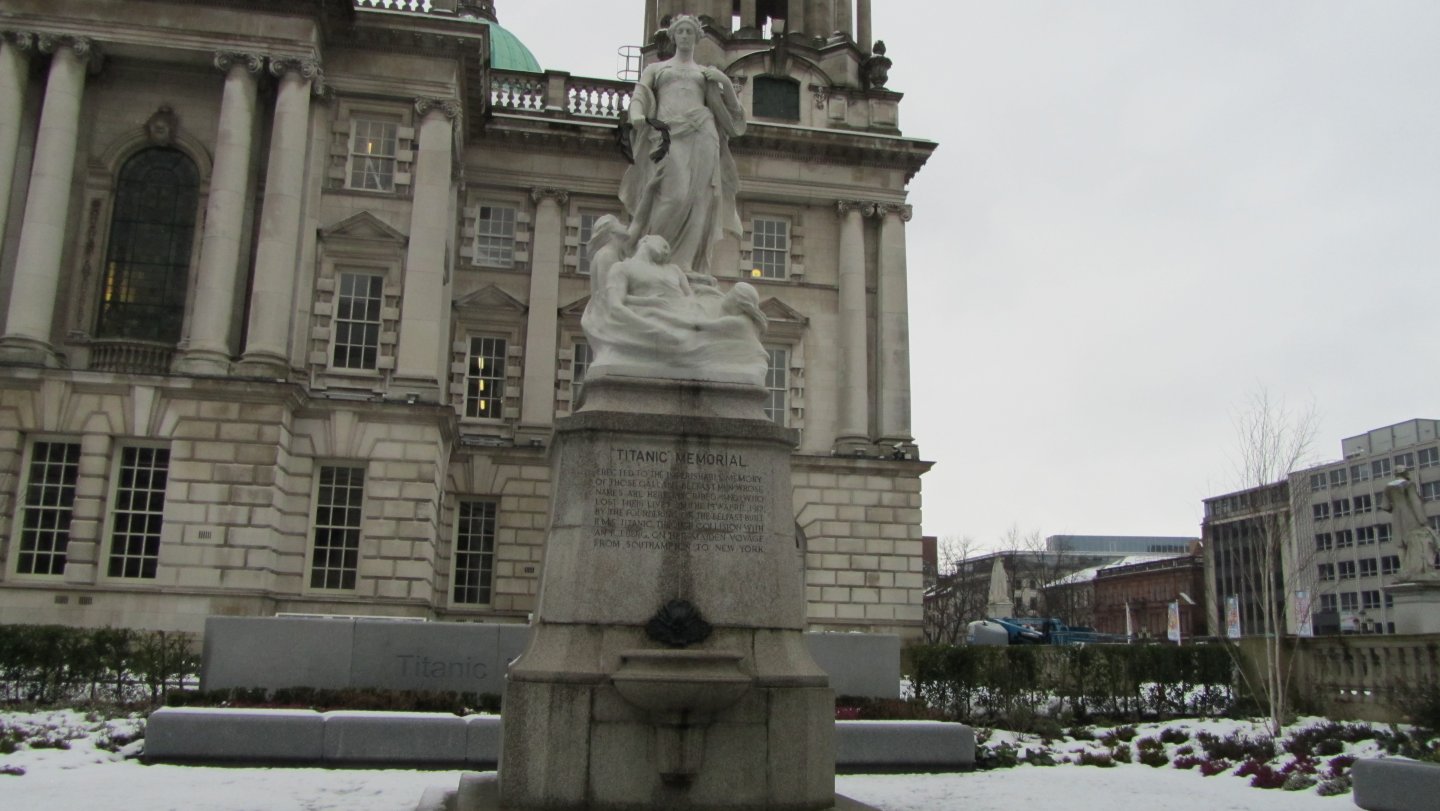