Although most of the graves for the Titanic victims lie in Halifax Nova Scotia, there are a few scattered around the West Country. Some of these graves are really in the strictest sense only memorials, as the bodies of the people that they commemorate were never recovered. One such grave lies near where I live, in Ford Park cemetery Plymouth, and remembers Henry Philip Creese, a Deck Engineer on the Titanic.

Henry was born in Falmouth and served his apprenticeship at Harland and Wolff in Belfast. He was with the White Star line for fourteen years, and joined the Titanic on 6th April 1912. On his death he left a widow and two small daughters. The stone at Ford park is not his only memorial. He is remembered on various Engineering memorials around the Country, and on family graves in Falmouth and Southampton.

In an interesting aside to the Titanic story, it turns out that many of the bodies were recovered from the sea by a cable laying ship the Makay-Bennett which was based at Turnchapel in Plymouth. At the time of the disaster she was in Halifax Nova Scotia, her other base, when she was chartered by the White Star line (owners of the Titanic) to recover what bodies she could from the scene.

In all she recovered 116 mutilated and unidentifiable bodies which were given burial at sea, and another 190 which were taken back to Halifax. Whilst other ships were involved in the recovery operation it was the Makay-Bennett that became world famous as the ‘Titanic’s Coffin Ship’. 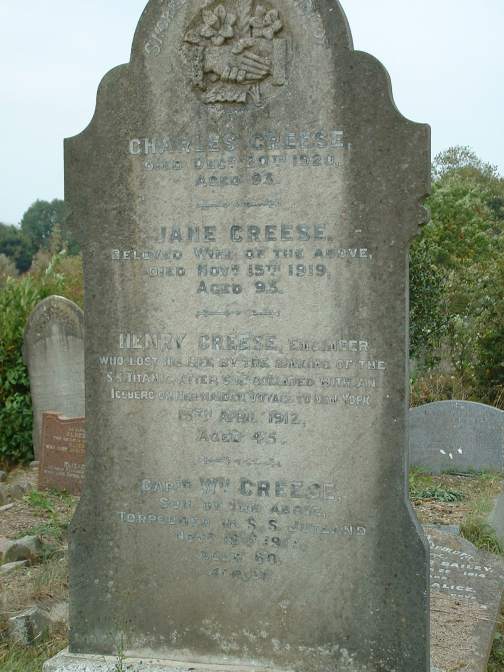 The grave at Ford Park cemetary.

The crew of the Makay-Bennett were obviously very affected by their grim task, but never lost their sense of humanity. Most of the bodies that they had recovered were interred in the Fairview cemetery in Halifax, and one of the bodies was that of an unknown two year old boy. The crew considered it their privilege to club together to erect a headstone over the poor child. 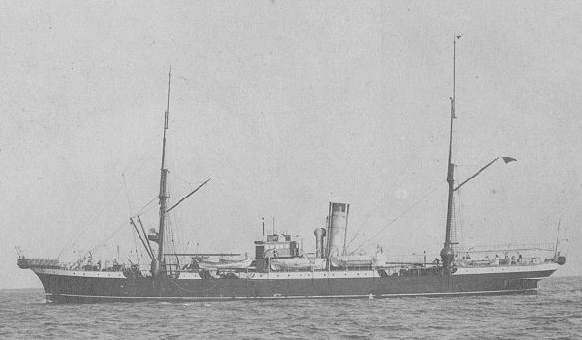 In a strange twist, the child was identified a few years later as Gosta Paulson, and it was found that his mother was buried just a few feet away. One of the few silver linings to a dreadful calamity. 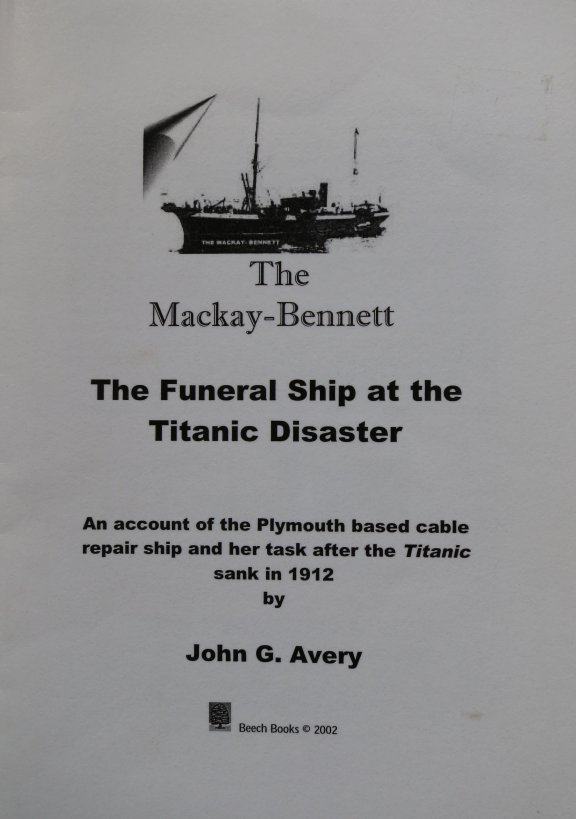 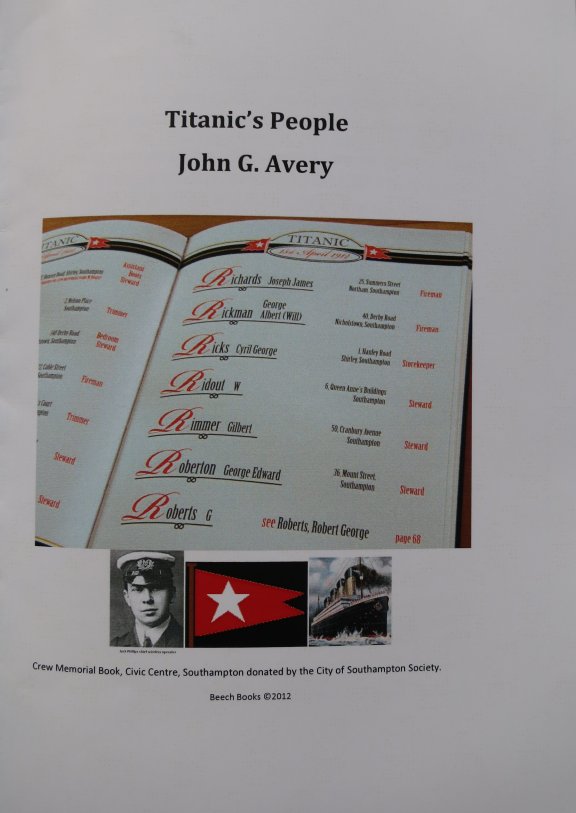 For another memorial see St. Kevernes Chuch in this section.