On the 8th of August 1920 the four-masted barquetine Yvonne left Jamaica with a cargo of logwood bound for Harve. Although built in California the Yvonne was French owned and captained by a Norwegian, Geohard Touneffen. Built of steel and weighing over a thousand tons, the Yvonne was a large and extremely well found ship, even to the point of having a radio. All went well on the voyage until the morning of the 3rd of September 1920, when the Yvonne, sailing up the Channel rounded The Lizard and encountered winds of hurricane force combined with very dangerous seas. All morning the crew battled against the weather, and as afternoon came, the headsails were blown away and the ship became very difficult to steer. So bad in fact had the steering become, that Captain Touneffen only just managed to avoid being smashed on to the Eddystone Reef. 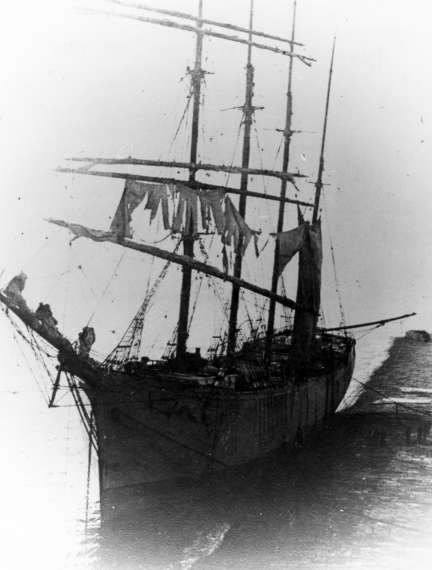 Yvonne aground at the breakwater.

Worried by this lack of control, the Captain decided to seek shelter in Plymouth Sound, and radioed Rame Head Wireless station to ask for a Pilot to come and meet him. The Yvonne endeavoured to enter Plymouth Sound by the Western Channel, but at the crucial moment the topsails carried away leaving her at the mercy of the huge seas. Within minutes the Yvonne struck the Break- water with her port bow and was immediately smashed into its rocks. The time was half-past seven in the evening. It was pitch black, the rain coming down in solid sheets. The seas were so big they were sweeping over the Yvonne’s crosstrees and hitting the vessel with such force that it frequently knocked the crew off their feet. 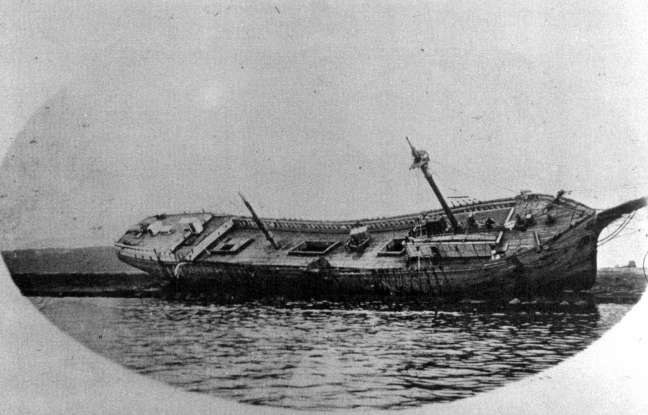 Immediately the ship struck, the rudder carried away and Captain Touneffen let go the anchor. The starboard lifeboat was smashed to pieces, and the Captain, uncertain how long his ship would hold together set about launching the port lifeboat. However, as soon as the lifeboat hit the water it was hurled on to the Breakwater and broken up, except the large piece of its bottom which lay stranded on top of the rocks. By now the Plymouth lifeboat and the tug Rover had arrived on the scene, but the seas were so rough they both had to stay inside the Breakwater in relative shelter. To aid the stricken vessel they sent up flares and operated search lights so that the crew could get some idea of the situation. Realising that they would have to save themselves Captain Touneffen got everybody into life jackets and instructed them to scramble on to the Breakwater. Everyone accomplished this harrowing journey, even the ship’s cook who was well over sixty. 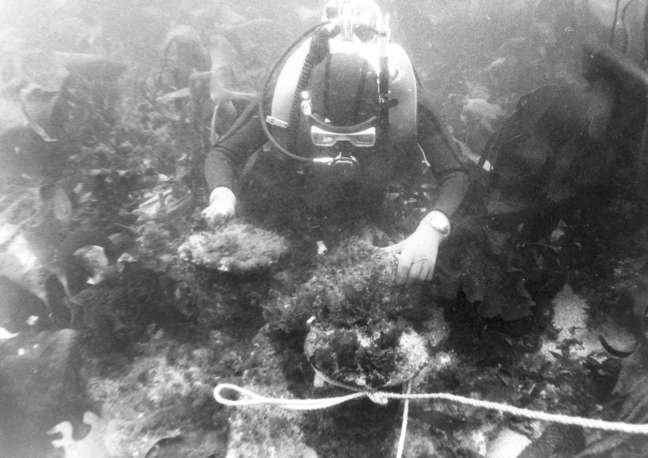 A Pair of Bollards.

Gathering his crew all together Captain Touneffen seized the large piece of wrecked lifeboat and launched them into the sea on the inside of the Breakwater. He put the cook into the middle of the improvised raft, and all the rest jumped into the water, and holding on to the raft they started to swim towards the lifeboat. Unfortunately there were too many people for such a small piece of wood, and many became separated. However, all the crew were eventually picked up except for the cook who was last seen floating away into the darkness. The King’s Harbourmaster, was on board the Plymouth lifeboat and could hear the cook shouting for help and jumped into the water to try and find him but to no avail. The cook was never seen again. 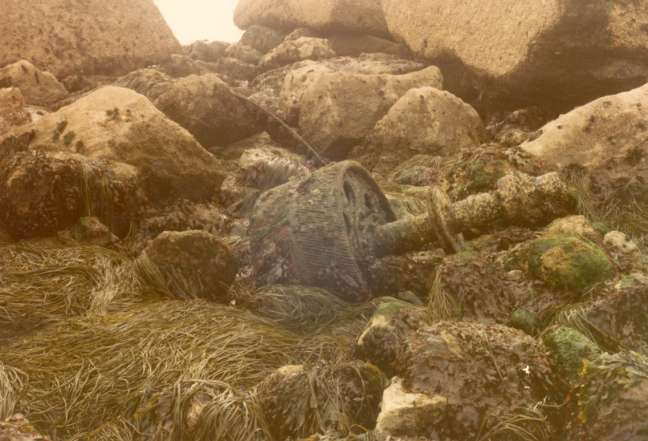 This bit is just on the inside of the breakwater.

In the next few months the Yvonne lay stranded on the Breakwater gradually being stripped of all her equipment and fittings. Though she had become an empty hulk, the sea which had caused her so much harm finally relented and broke her into pieces to that she slid to her final resting place at the bottom of the Breakwater. Since 1920 the Breakwater has periodically had huge blocks of stone added to its seaward side to help minimise the relentless probing of the sea. It is amongst these great blocks that the remains of the Yvonne now lie scattered. The depth is only 25 feet and the hollows between the great blocks are filled with sand. In the summer kelp hides everything and you would be hard pressed to see anything even if you were standing on it. But once winter arrives the wreckage becomes revealed, and there is a surprising amount of it, even though it is well scattered.

Location of the wreck.

The only large things left are the ship’s anchor anchor and chain, and some large pieces of bulkhead which are jammed into the side of the Breakwater. Strewn elsewhere in the rocky hollows are pieces of derricks, bollards, hatch combings and other miscellaneous pieces of steel plate. In one area we found what looked like part of a wooden boat, and whilst trying to pull it out of the sand, we discovered more iron wreckage, Digging down into the sand revealed the wreckage to be part of the rib section, Looking more closely at other parts of the wreck site on later dives, we unearthed more wreckage and came to the conclusion that quite a lot of the Yvonne is still buried underneath the sand, Maybe one day storms will uncover more wreckage and maybe some surprises as well, The Yvonne is not one of Plymouth’s most exciting wrecks, but it is in a very picturesque location, The huge stone blocks create a reef effect much loved by marine life, and around almost every corner you will find another large hollow to poke into, With its shallow depth and good visibility the Yvonne’s site provides the diver with a gentle blend of pleasant scenery and rewarding curiosity, Not a bad way of spending an afternoon.