Four million tons of rock and thirty years in the making, Plymouth’s free standing Breakwater, the first of its kind was one of the greatest engineering feats of the age, and was vital in maintaining Britain’s sea power at a time when Napoleon’s army rampaged allover Europe. Without its shelter the great anchorage of Plymouth Sound could never have supported the Royal Navy in its blockade against the French ports, without which the final victory at sea would have been impossible. 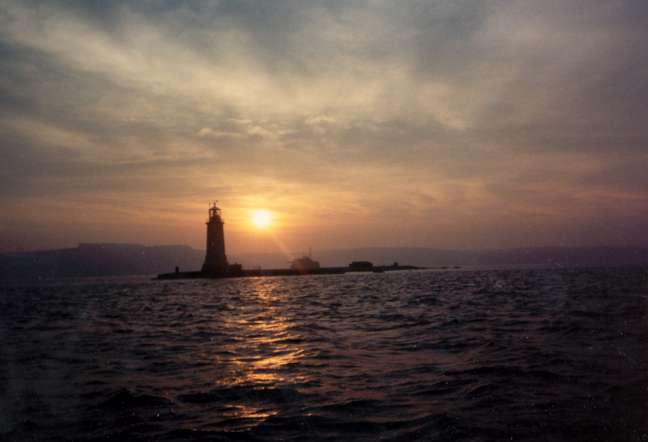 Sunset over the Breakwater.

Throughout two World Wars Plymouth forged a long and successful partnership with the Royal Navy which still exists today and is the bedrock of the prosperity that the city now enjoys. None of this could have happened without the Plymouth Breakwater. The struggle to build it in the teeth of fierce storms and the ever present threat of a French invasion. the ships that were wrecked because of it, and the underwater life that now depends upon it.

All these tales and more are interwoven in this fascinating video to tell what came to be known as “The Great National Undertaking”.