Although nobody would wish a ship to be wrecked, I am sure that many of us would admit to feelings of excitement and expectation when one does, especially if it happens right on your own doorstep. Jennycliffe has in the past been the scene of many strandings, and of course more recently the Noordzee lay sunk there for over a year before she was eventually salvaged, much to the disappointment of many local divers. 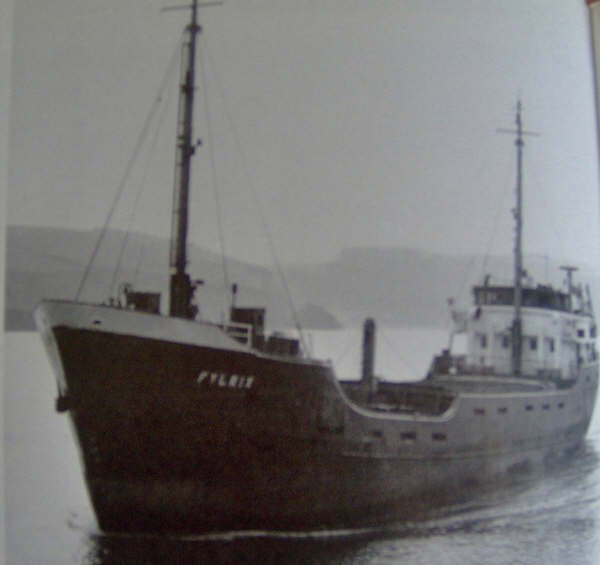 My thanks to Paul Hennessy for this pic of the Fylrix.

However, for ships in trouble, Jennycliffe Bay provides a very sheltered anchorage, and with the violent storms that we seem to be experiencing more often nowadays, it was not long before another damaged ship crept into the shelter of Jennycliffe Bay, capsized and promptly sank. 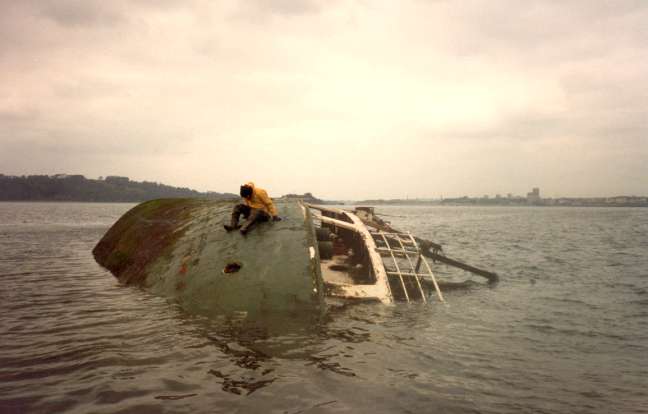 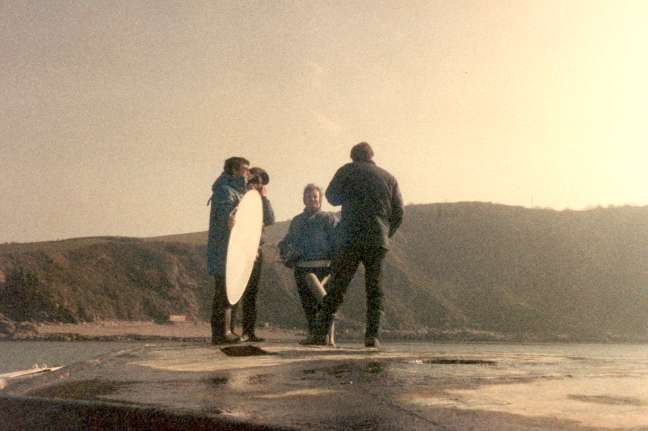 Fylrix ‘The Movie’ Local tele doing a bit on my books. 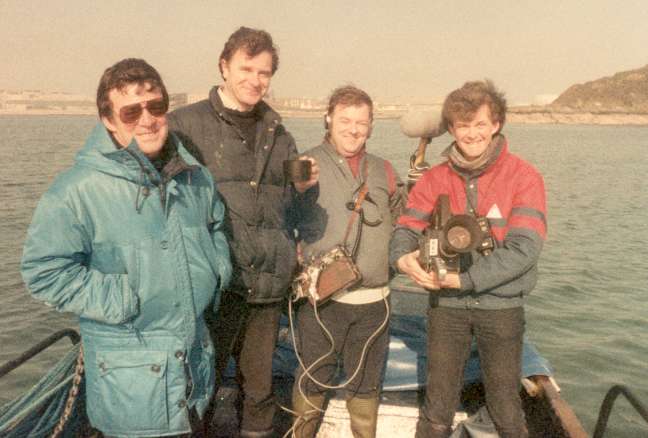 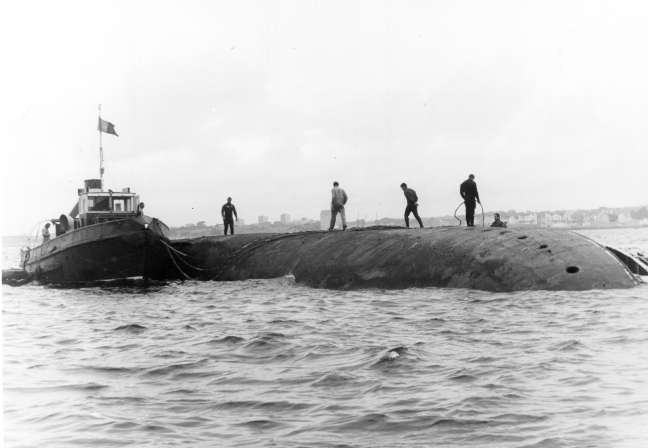 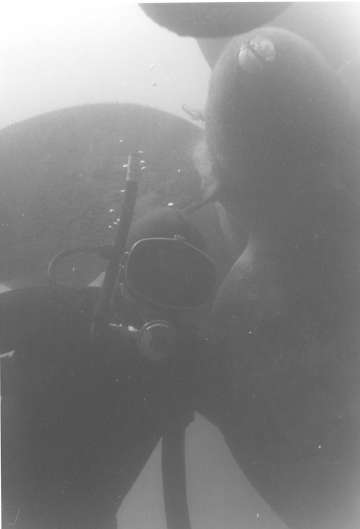 Shortly after I took this photo of the Fylrix prop, a very professional ‘team’ snuck down and had it away.

Soon the Fylrix started to break up and after a diver was killed in distressing circumstances, he got lost in the wreck and ran out of air, it was descided to blow it up to disperse the wreck and make it less dangerous.