Of all the ships that have come to grief on the Shagstone, the steamer Nepaul was by far the largest. Owned by the P & O Steam Navigation Company, and used by them as a Royal Mail steamer, the Nepaul was 375 feet long, and had a gross tonnage of 3536 tons. Besides the mail, the Nepaul could carry nearly 160 passengers, as well as a substantial general cargo. Built in 1876 and capable of fourteen knots, she was used on the Calcutta route and had already been involved in two serious mishaps. In 1877 whilst off Shanghai, the Nepaul rammed and sunk a Chinese transport ship, causing the death of over a hundred people. Eleven years later her unfortunate Captain suffered a fatal heart attack when his ship struck a rock during the approach to Marseilles. The Nepaul’s damage however, was slight, and she was soon refloated. 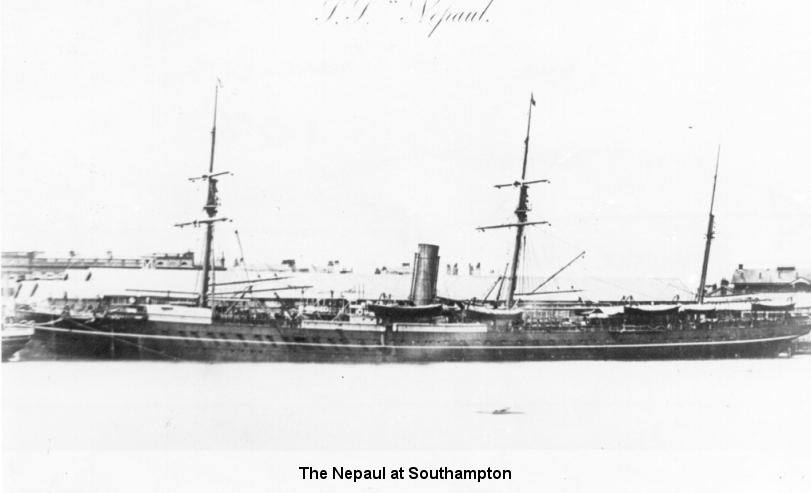 In December 1890, the Nepaul on a voyage from Calcutta to Plymouth had called at Marseilles where most of the passengers disembarked. As she headed on towards Plymouth, the Nepaul safely passed the Lizard and encountered a slight fog as she came up the Channel. However, at about seven o’clock on the evening of 10 December, the Eddystone light was clearly sighted and Captain Brady set a course that he thought would bring him into Plymouth Sound. It was the custom in those days for a Pilot cutter to be waiting somewhere off the Breakwater ready to guide ships safely into harbour. Unable to find a cutter in the vicinity of the Breakwater light, Captain Brady decided to steer for the eastern end of the Breakwater in the hope of finding one there. 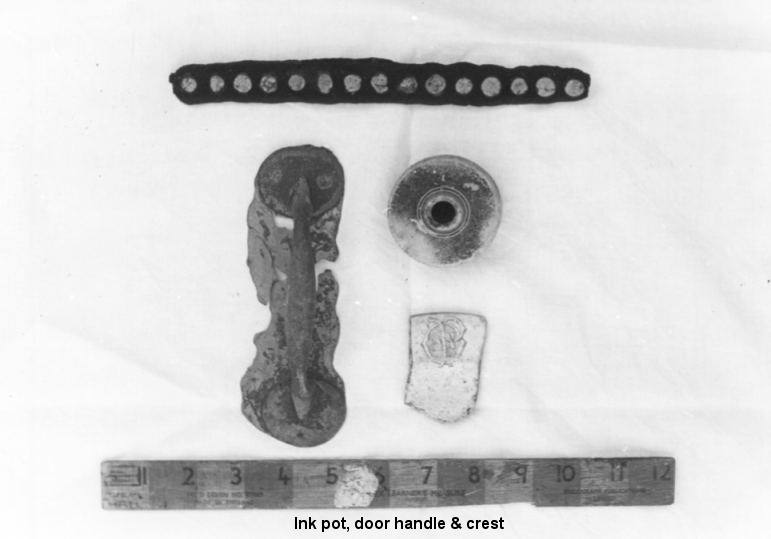 Although the fog was still fairly thick, the lights of Plymouth were plain to see and the Captain had no reason to doubt his ships position. Very soon a small light became visible, bobbing in the darkness some distance in front of the Nepaul. Assuming that this was the missing Pilot cutter, Captain Brady headed towards it at full speed. It was only when one of the crew reported ‘breakers ahead’ that the awful truth began to dawn on him. He quickly ordered half speed but by then it was too late. The Nepaul hit the reef to the east of the Shagstone, tearing away her forefoot. Her momentum was such that she swung right around, and ended up firmly grounded with her stern pointing towards the shore. Distress rockets were immediately sent up, all boats were lowered, and the Nepaul’s watertight doors firmly shut. The Pilot cutter, which ironically had been at the eastern end of the Breakwater, was the first to assist and later landed all eleven passengers at Millbay Docks. It was later surmised that a small trawler, the Baroda, had grounded near the Shagstone, and that Captain Brady had mistook her light for the Pilot cutter’s.

In any event no lives were lost, and because the Nepaul had struck at low tide, the chances of refloating her on the next high tide seemed very good. Unfortunately nobody realised the full extent of the damage. The Nepaul had ripped out most of her bottom, rendering the watertight doors useless. When the tide started to rise, so did the water inside the ship. It soon reached the boilers and put out their fires. Without steam the pumps could not work, and the situation soon became desperate. The crew had by now become thoroughly alarmed, and almost to a man deserted the ship, leaving the Chief Engineer to stoke a small donkey boiler on deck in a vain attempt to keep some of the pumps working. When the tide reached its highest point, the water had reached the level of the Nepaul’s main deck, and it became apparent that further effort was futile. The Nepaul had quickly become a total loss. 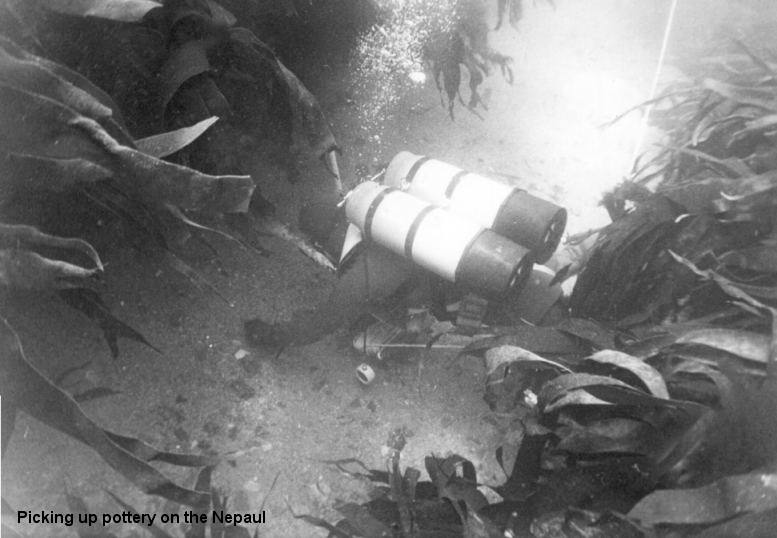 Picking up pottery on The Nepaul.

Today the remains of the Nepaul are well broken up and lie widely scattered along the bottom of the reef to the east of the Shagstone. The depth here is less than thirty feet, and the bottom consists of large kelp covered rocks leading down into sand. The visibility is usually in excess of twenty feet, and once one piece of wreckage has been located it is a fairly easy matter to find more. However, because of the rocky nature of the bottom, and the rapid marine growth, quite a lot of the wreckage is well disguised. It is quite easy to swim into a rib section and not immediately realise what it is. Having said that, there are other pieces that are unmistakable. Part of a funnel, fairly large pieces of hull and ribs, and sections of masts and derricks. There are even the remains of the donkey boiler that the Chief Engineer vainly kept burning all those years ago. On a wreck like the Nepaul often the most interesting finds are the small items of everyday use. A fork or spoon, a brass door handle, inkpots, and of course pottery. This site is littered with broken pottery, and if you are very lucky, and have a keen eye, you might be able to pick up a shard with the P & O crest on it. On the other side of the Shagstone reef lies part of the bows and forefoot surrounded by coal and clinker from the Nepauls boilers. Further up towards the Shagstone itself is some more wreckage but that, most likely, belongs to another smaller steamer called the Constance.

With its good visibility and prolific marine life, the Nepaul is an excellent novice dive, and because of its shallow depth it becomes a very good second dive for the more experienced.