If you look across the Cattewater from the Barbican you can see the huge hangars that used to be part of R.A.F. Mountbatten.The whole site was handed back to the Council some years ago, and now thriving marine businesses occupy the hangars and yuppie housing occupies the land where the air base used to be. R.A.F. Mountbatten has virtually disappeared, its task completed and the past bravery and sacrifice of its various aircrews are now just fading memories. 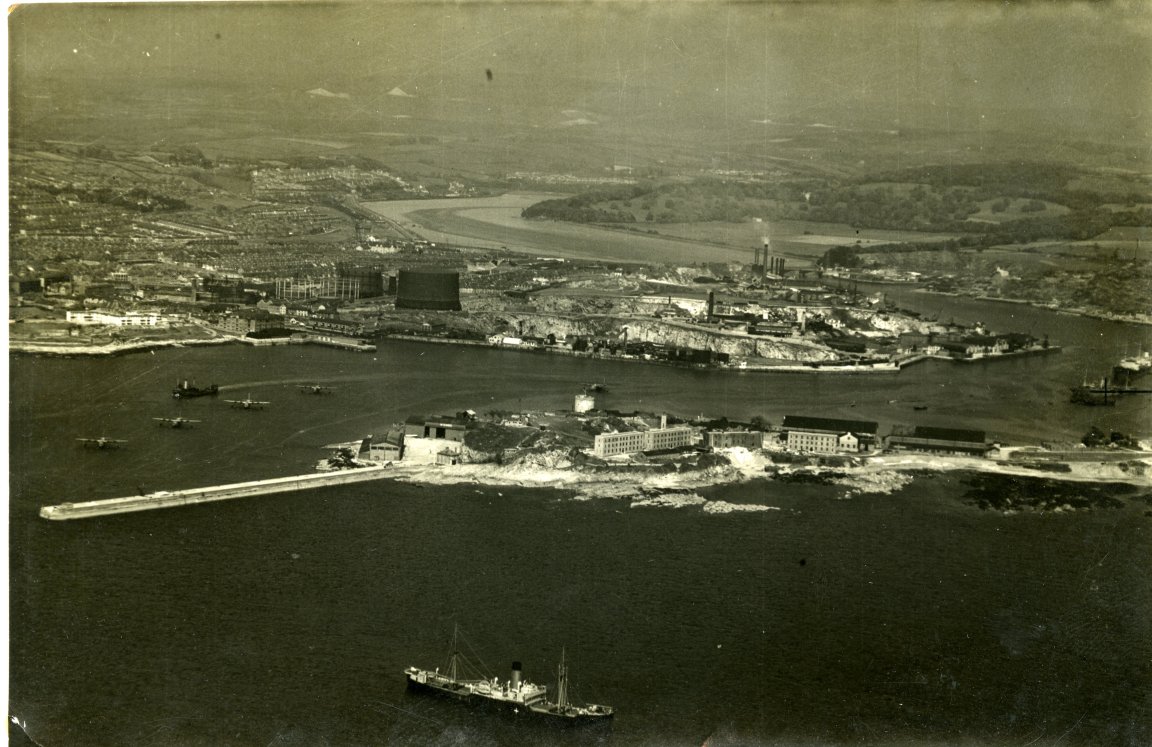 Mountbatten during the War.

There are several articles . The first one is about the salvage of a wrecked Sunderland and the re-uniting of it, and the crew. The second is the extraordinary tale of Capt. Frederick Thornton Peters who died in the above aircrash. The third is a gallery of photos from a relative, Flight Sgt W. Granger, who served at Mountbatten in aircraft maintenance. The fourth is about Lawrence of Arabia’s time at Mountbatten and his involvement in the development of the RAF rescue boats.