One of the most poignant shipwreck images that I have ever seen is the photograph by F.W.Gibson of the temporary grave of Rear Admiral Sir Clowdisley Shovell in the Scilly Isles. His body had been found floating in the shallows along with many others during October 1707 in the aftermath of one of the greatest maritime disasters England had seen. Four ships and two thousand men had been lost on the Scilly Isles’ treacherous rocks and once again the main cause of the disaster was the navigators inability to accurately calculate their Longitude. This was not due to their carelessness, but to a lack of proper compasses (most were not made of brass and so rusted up at sea) and a clock that could keep accurate time at sea. The only good thing to come out of the Association disaster was that it speeded up the search for a method of accurately discovering Longitude. The best brains in the land including Isaac Newton and Edmund Halley (he of the Comet) were put on the case, and a prize of ?0000 was offered, a colossal sum for those days. In the end it was a clock maker called Edward Harrison who collected the prize, but it took him until 1773 to perfect the chronometer, and his various clocks, one made entirely of wood (with all the working parts) can still be seen at the Maritime museum in Greenwich. 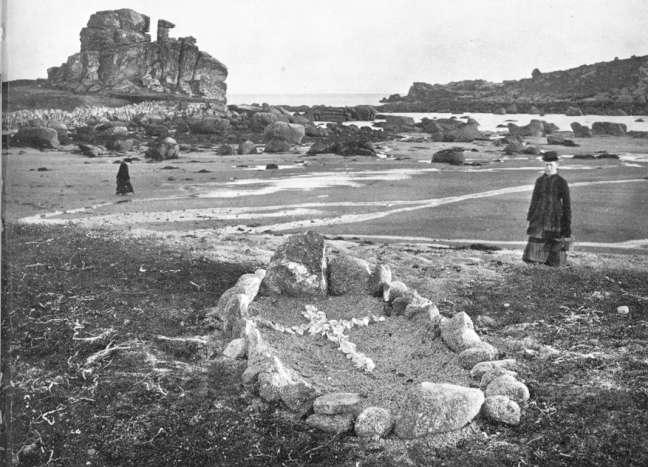 The grave of the Rear Admiral. The spot is still marked today with twoo large stones and a brass plaque. (Photo Frank Gibson)

So what of the Association that caused this entire furore? On the 29 Sept 1707 twenty-one Men of War were at anchor at Gibraltar getting ready to sail back to Britain. The Commander in Chief of this Mediterranean Fleet was rear Admiral Sir Clowdisley Shovell, on board his flagship Association. All that summer Sir Clowdisley and his Fleet had harassed the French and laid siege to the port of Toulon. The sea bombardment of Toulon had been extensive but frankly hadn’t been all that effective because of the huge earthworks that had been thrown up all around the town. The wear and tear on the ships was relentless, and as the winter approached it was time to return to the safety of England where there were suitable dockyards to effect repairs and somewhere to escape the coming storms. 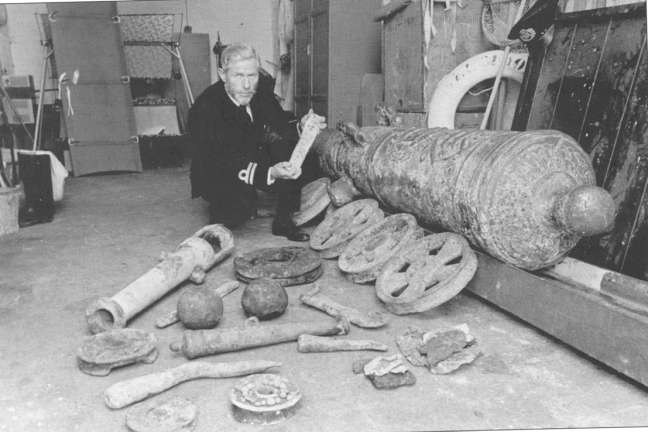 Bill Saunby, Reciever of Wreck with the first finds from the Association in 1967. (Photo Paul Armiger)

The Fleet headed out into the Atlantic and set course for the English Channel. Almost immediately the weather worsened and by the 21 October the storms had pushed the ships well of course. By now they should have been somewhere off the entrance to the Channel, but were in fact approaching the Scilly’s. The Fleet’s sailing masters realizing they were lost hove too to take depth soundings. The depth varied from 300 feet to over 800 feet, so the Fleet, thinking they were still near the Channel blundered on unknowingly towards the Islands. The next day the storms seemed to be worse, and all the time the ships were being driven closer to the land. At eight o’clock in the evening of the 22 October the Association smashed into the Outer Gilstone Ledges at the South Western edge of the Scilly Isles. The entire crew perished as the ship disappeared in a welter of broken wood and angry sea’s. Following behind the Association was the St. George. She struck the same rocks as the Association but managed to bounce of only loosing part of her stern gallery. Three other ships were not so lucky. 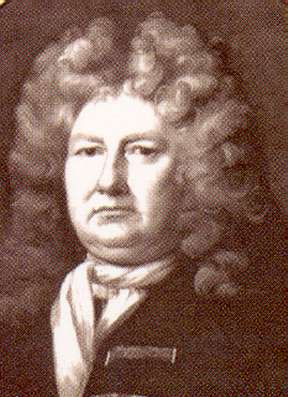 The seventy- gun Eagle ran into the Tearing Ledge close to the Bishop’s Rock (no light house in those days) and sank in 130 feet. The Romney disappeared with out trace, her timbers mixed with all the others that had come to grief on the Rosevere Ledges, and the Firebrand, staggering along the southern side of the Western Rock finally sank between Annet and St. Agnes Islands. The last ship the Phoenix ran ashore between Tresco and St. Martins. All in all, four warships, over two thousand men and a famous Rear Admiral were lost. The nation was stunned. 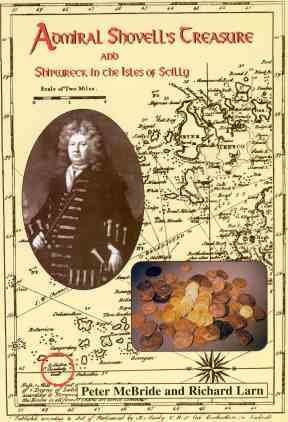 Read all about the Association in this great book.

The finding of the Association by a Royal Navy diving team (featuring Richard Larn) and the subsequent salvage of a vast amount of silver coins by Terry Hiron and Jim Heslin have been well documented. I was lucky enough to meet them both, and have a dive on the Association back in —– In those days Terry and Jim used to allow visiting divers access to the site to help with the donkey work. It was a great experience and although I never found any coins I did help re discover a cannon. 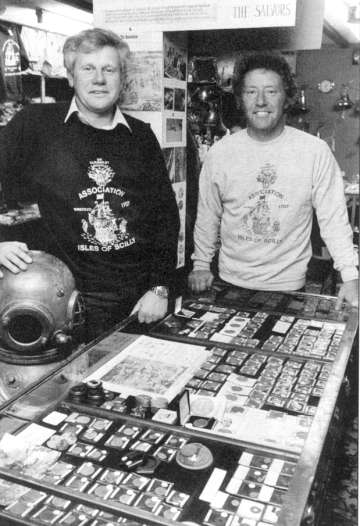 So what became of Sir Clowdisley Shovell? Local legend has it that he was still alive when he was washed ashore, and that he was murdered by two women for a large emerald ring that they hacked his finger off to get. The truth is probably less lurid. The Admirals body was found washed up in a sandy bay near Porth Hellick almost seven miles from where the Association was wrecked. A local fisherman, Harry Pennick pulled him in, and found a tin box in his pocket, which contained the Admirals Commission. The body was then temporarily buried on the beach near where it had been found. By order of Queen Anne the body was later exhumed, embalmed by a Dr. Yonge of Plymouth (no mention of missing fingers) and given an elaborate funeral with a memorial in Westminster Abbey to mark his place in the Nation’s esteem. You can easily find it in the south aisle near the choir and very fine it is. 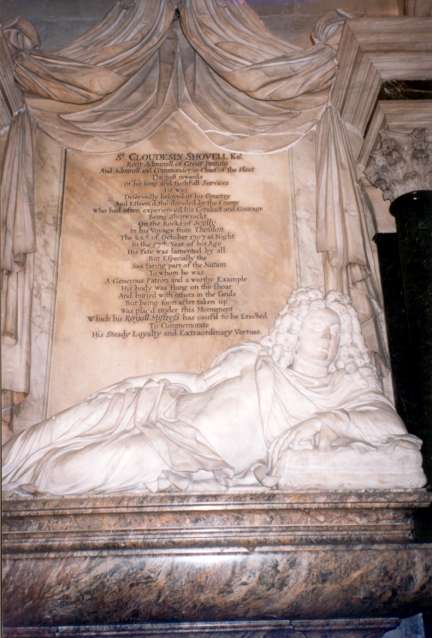 The Memorial at Westminster Abbey.

Sir Cloudesley Shovell Knt. Rear Adrnirall of Great Britain and Adrnirall and Commander in Chief of the Fleet. The just rewards of his long and faithful Services. He was deservedly beloved of his Country and Esteem’d tho’ dreaded by the Enemy, who had often experienced his Conduct and Courage. Being shipwreckt on the Rocks of Scylly in his voyage from Thoulon. The 22nd of October 1707 at Night in the 57th year of his Age. His fate was lamented by all, But especially the Sea faring part of the Nation to whom he was a Generous Patron and a worthy example. His body was flung on the shoar and buried with others in the sands, but being soon after taken up was plac’d under this Monument which his Royall Mistress has caus’d to be Erected to commemorate His Steady Loyalty and Extraordinary Vertues.