In Australia, if you drive from Melbourne to Sydney along the Hume highway you eventually come to the little town of Holbrook 245 metres above sea level at the start of the Snowy Mountains. It’s a small farming town with two pubs and a road that goes right through it. There is nothing to distinguish this town from a dozen others, except of course the Submarine stuck right in the middle of the town. 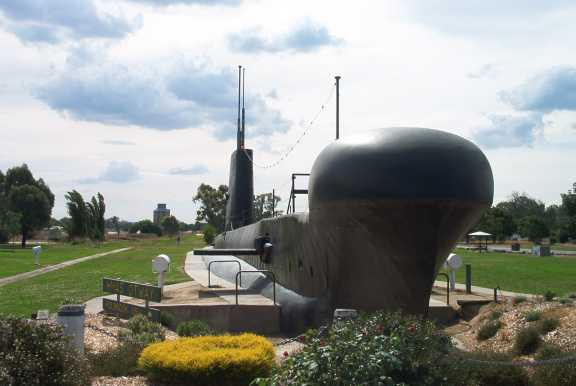 So what’s a submarine doing in a town 400 kilometres from the nearest seaport? Well the story starts back at the time of the First World War when the town of Holbrook was called Germanton. The inhabitants, being very patriotic, thought that they should change the towns name to something more suitable. Several names were suggested but were all turned down, then came the news of Lt Holbrook’s magnificent achievement in the Dardanelle’s. The town petitioned the District government and changed the name of their town to Holbrook. So what did Lt. Holbrook do? 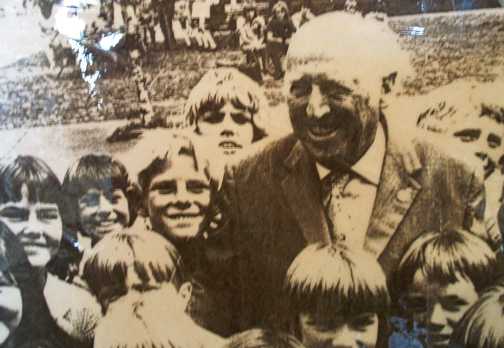 Norman Holbrook on a visit.

On 13th December 1914 he and a crew of fifteen took their submarine B11 and snuck into the Sea of Mamara against heavy opposition from enemy shore battery’s and torpedoed and sunk the Turkish battleship Messudiyeh. The return journey down a narrow channel with every shore battery for miles around shooting at them must have been a nightmare. The compass was out of order and the submarine kept running aground. In the end it had to submerge for nearly eight hours (an unheard of duration for those days) as it felt its way down the narrow channel to safety. Unbelievably they all survived. Holbrook was awarded the Victoria Cross, and every man in the crew was also decorated, an unprecedented honour. 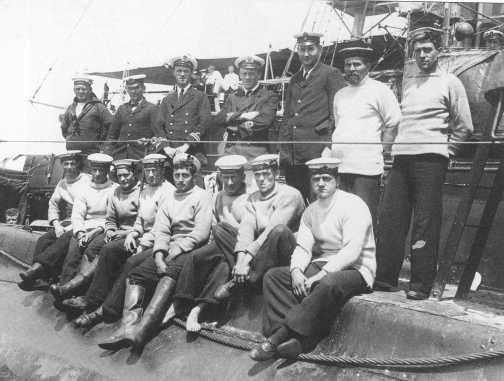 Holbrook and his crew of the B11.

Over the years until his death in 1976 Norman Holbrook visited the town several times and was extremely popular. In 1982 his widow Gundala Holbrook donated his medals and other memorabilia to the town and it is now housed in the excellent Woolpack museum. In amongst all the interesting photos and artefacts is the top of the periscope from Normans old submarine B11. 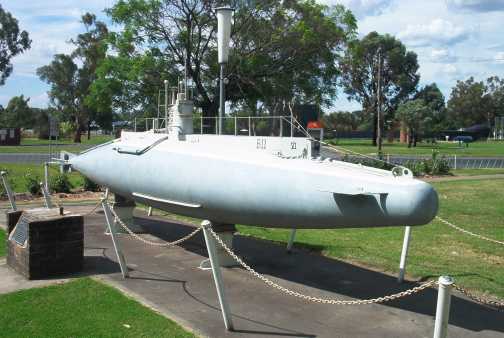 The citizens of Holbrook however wanted a fitting memorial to Holbrook and in 1972 had a one fifth scale model of his submarine placed in the town park, and later in 1988 a statue was unveiled. For a while everyone was content. 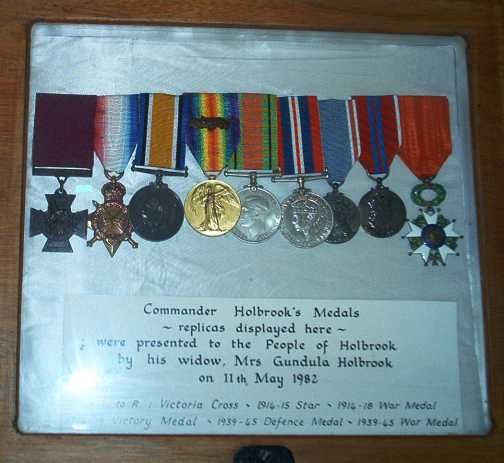 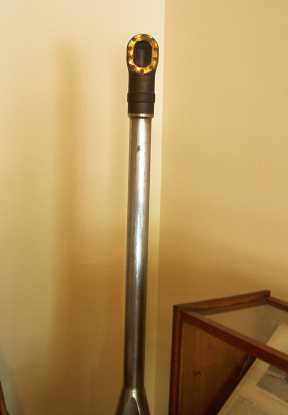 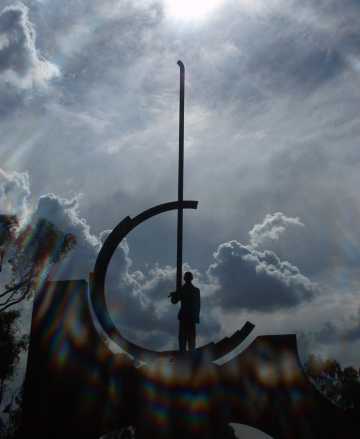 In the meantime the town had forged an unlikely alliance with the Royal Australian Submarine Squadron and in 1995 they donated the fin of the decommissioned submarine Ottway which was one of six Oberon class subs that the Navy operated. A working party was established to see how they could erect it when word came that they could purchase the rest of the sub, or rather the ‘outer skin’ down to the waterline. Thousands of dollars were raised and Gundala Holbrook made the amazing gift of one hundred thousand Dollars, which enabled the project to forge ahead. 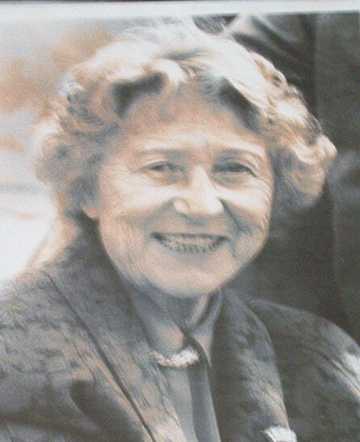 In order to get the sub to Holbrook it was cut into sections and transported down the Hume Highway on huge trailers. Some journey. Now the submarine lies in the park, not only dedicated to Holbrook but to ‘all those brave men who have served in submarines in war and peace.’ The official dedication took place on the Queens Birthday weekend on 7-8 of June 1997 with Gundala Holbrook as the official guest. I wish I could have been there. 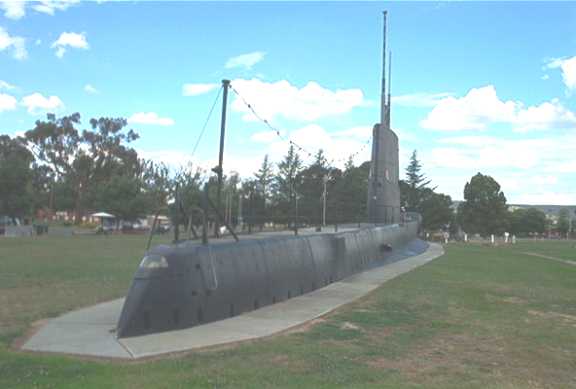 The Sub down to its ‘waterline’.

Incidentally near the sub is a mark 8 torpedo commemorating the actions of Lt. Stoker R.N. D.S.O. and the crew of the Australian sub AE2. But that’s another story.

If you get a chance to go to Holbrook take it. The people are real farming folk, but they just love their town and have a real affection for, and pride in Norman Holbrook. 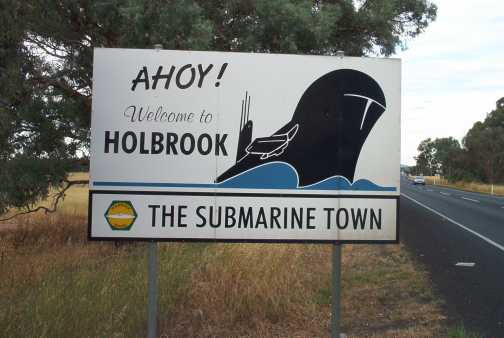 To have a town named after you is a fitting memorial for a brave and decent man.