Familiarity breeds contempt. There’s a clich?if ever there was one. In diving terms, maybe it’s not quite so true, as familiarity often breeds confidence and competence. However in the matter of wreck diving it can also give way, after a while to a certain indifference. A good case in point is the wreck of the Poulmic, just outside the Breakwater at Plymouth. Five years ago I wrote an article on this wreck for Scene, and in the following years dived on it fairly regularly. I always enjoyed my dives, but after a while I came to think that I knew all there was to know about the wreck, and as the years rolled by I started to lose interest in it. Because the marks for this wreck are extremely accurate, I always tend to use them religiously, and therefore always approach the wreck from the same side. 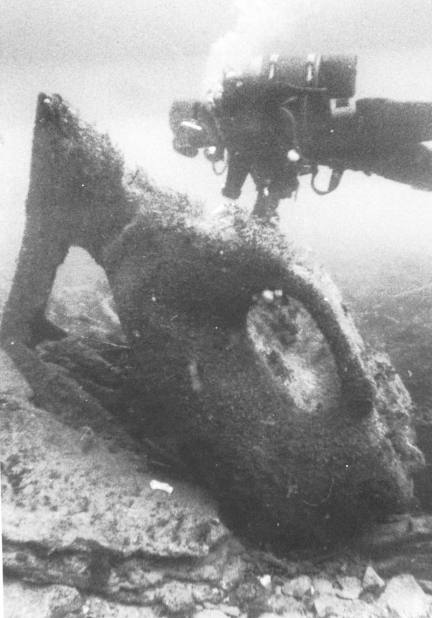 The bows of the wreck.

Last year, quite by chance we were diving at the other end of the Poulmic wreck site when we came across the stern section of what looked like a trawler. It seemed too small to be anything to do with the Poulmic, but it could possibly be one of the many small trawlers lost in this area during the two world wars. After doing some more dives we found some ribs, lots of iron plate, and some deck fittings. I began to get ‘cautiously’ excited because it was becoming clear that we had found another wreck. Now I’m quite hopeless at surveying things, it’s all too long winded for me, so I enlisted the help of Roger Webber and his boat Excaliber. Roger has Decca, a magnetometer, a good ferrograph and God knows what else, and he spent a very happy day charging up and down the whole area towing his magnetometer, and chucking in marker buoys every time he got a decent reading. At the end of the day the sea was littered with marker buoys, and at last Roger turned off his magnetometer which had sounded like a demented wasp and was in danger of driving me completely insane. When we had finished diving on all the buoys we came to the conclusion that right alongside the Poulmic lay another wreck, possibly a trawler of about 120 feet in length. 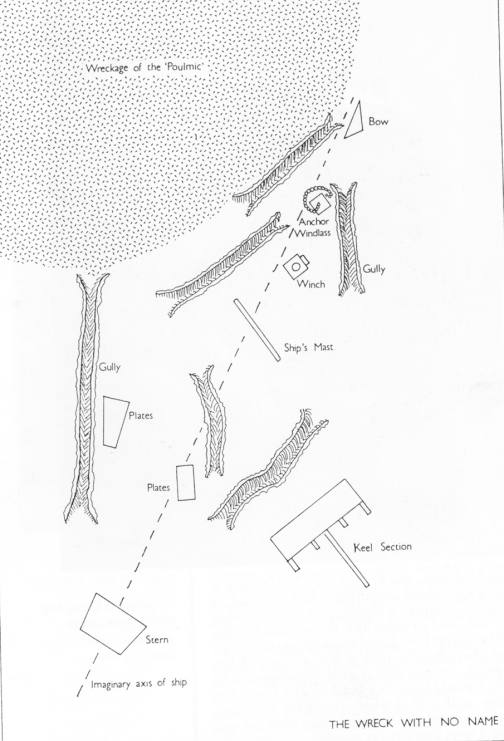 Over the next couple of weeks we dived the wreck several times but came no closer to finding out its true identity. The visibility was none too good and we kept wandering off the wrecksite onto the remains of the Poulmic. However on our next dive the weather improved immensely and we had over 50 feet visibility. As we hovered over the stem section, I suddenly saw the outline of the ship laid out before me. From ground level you would never “have seen it, but from about 20 feet off the bottom it was all so obvious. Right in the middle of the wreck was a huge winch, and up front was the top end of the bows complete with anchor fair leads. Just behind the bow was lots of anchor chain, an anchor, and scattered in the deep gullies either side were various stanchions and other deck fittings. Apart from the superstructure, here was a complete shipwreck. After diving on the Poulmic for all these years, how on earth had I never seen this wreck before? 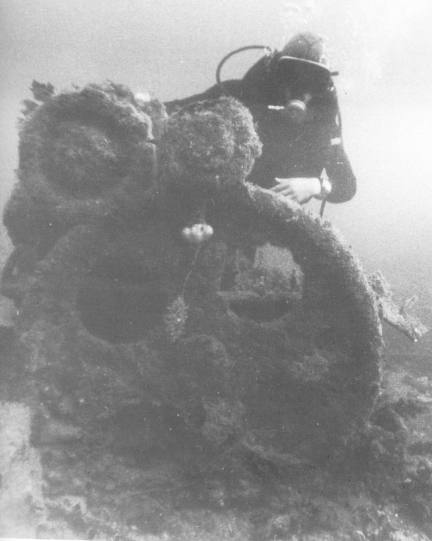 The answer, is unfortunately very simple. Because I did not know that this wreck was there, I never looked for it. I, and presumably loads of other divers kept approaching the wrecksite from the same side, and when they swam onto the new wreck they thought it was the Poulmic. Since the two wrecks almost touch at various points it would be hard to tell the difference. Anyway, why should you? It is supposed to be the Poulmic, right?? So far I have still not discovered the identity of this wreck, but my research seems to indicate that it is possibly one of two vessels sunk during the Second World War. The first one is the Kingston Alalite. This vessel was 152 feet long with a gross tonnage of 412 tons, and hit a mine on 10 November 1940. She seems a bit larger than our wreck, but otherwise fits the bill quite well. The other vessel up for consideration, and in my view the most likely, is the Cardiff trawler Asama, sunk during an aircraft attack on 21 March 1941. She was 131 feet long and so is closer in size to our wreck. 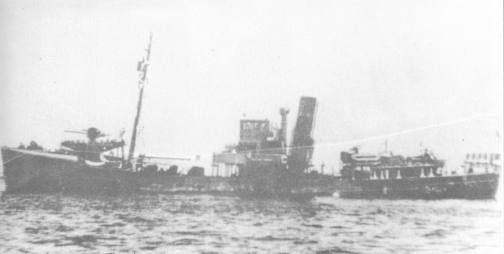 The trouble is that these small trawlers were sunk allover the place during the war, and usually their positions are just guestimates. The other problem is that so far nothing with any markings has been found that might give us a clue. The wreckage really only consists of the hull section, and I suspect that quite a lot of that is hidden in the sand. There is no sign of the superstructure, which is a shame because this would give us a good idea as to the builder of the vessel, and that would narrow things down quite a bit. We have now taken to drift diving off the reef that the Poulmic is on. The difference in depth is about 25 feet, and by drifting nearby, but in the direction of the Breakwater, we hope to come across some of the superstructure. If it was blown off or just came adrift, that’s the way the tide and current would have taken it. So far after a whole winter’s diving nothing of significance has come to light, so we are no further forward.

I said in that very first article on the Poulmic, that it was an interesting wreck. Well it certainly is that, and maybe one day I will find all the answers. One thing I certainly will not do however, and that is to become indifferent I because that seems to lead to blindness.