The Type XX1 is truly one of the great submarine designs. If it had come fully into service, it would have posed almost insuperable problems for the Allies. Even though it never became fully operational, it became the prototype for all future conventional submarines, and even influenced the design of the first nuclear submarines. The U2540 was sunk in an air raid towards the end of the War, but was later raised in 1957 by the new West German Navy, and recommissioned as the civilian trials submarine Wihelm Bauer. So what made her so special? 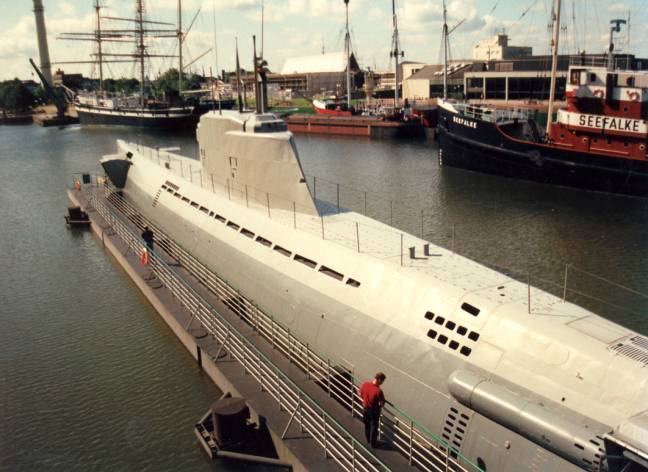 During 1943 improvements in the Allied A.S.W. equipment meant that U boat losses were becoming unacceptable to the German High Command. What was needed was a true submarine able to operate underwater for very long periods. It would have to avoid detection by radar and sonar, and have enough speed underwater to out run the surface hunters. For years Professor Walters had been experimenting with the effects of streamlining and new methods of propulsion. 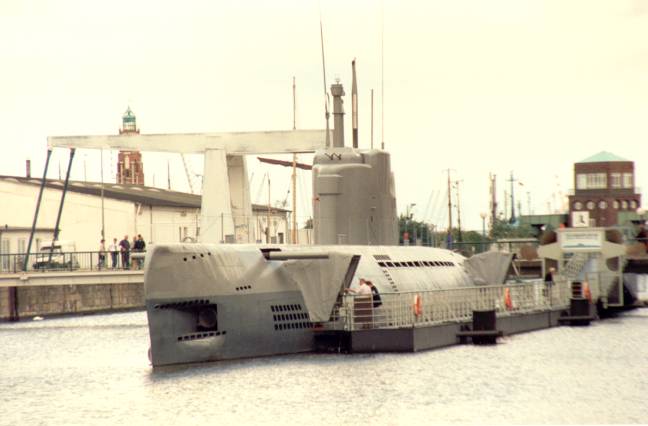 Entry into the Submarine.

However his hydrogen peroxide power plants proved to unreliable for operational use, and so he concentrated on streamlining the hull. Cutting down the hydrodynamic drag had vastly increased the battery power of traditional diesel electric boats, and combining this with an anti radar hull coating, a redesigned snorkel and new sonar’s, made the Type XX1 a truly outstanding design. However it appeared on the scene far to late to have any effect on the outcome of the War, and this was extremely fortunate for the Allies, as they had no anti dote to this extraordinary undersea weapon. 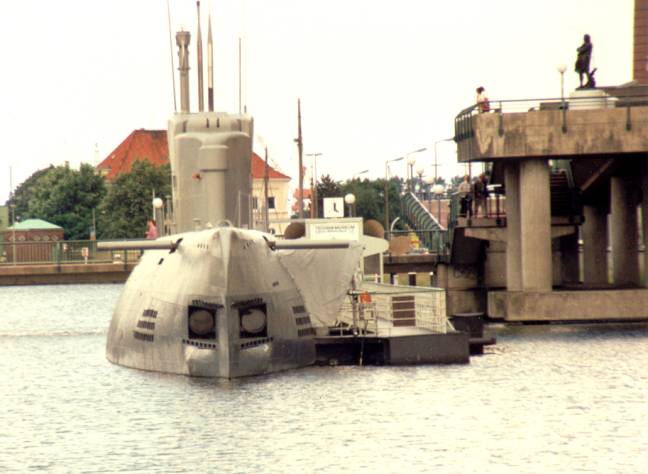 Armament comprised of six bow tubes with a total of 23 torpedos. The Type XX1 had a rapid reloading device, which allowed 18 torpedos’s to be fired in 20 minutes, and unprecedented rate of fire for those days. The overall design was based on the outer shape of the Type XV111 but with diesel electric propulsion. On the surface she was powered by two M.A.N. supercharged six-cylinder diesels, and underwater she had two new powerful electric motors capable of pushing her along at just over 17 knots. This was a huge increase in submerged speed compared with her contemporary’s, and made her truly revolutionary. 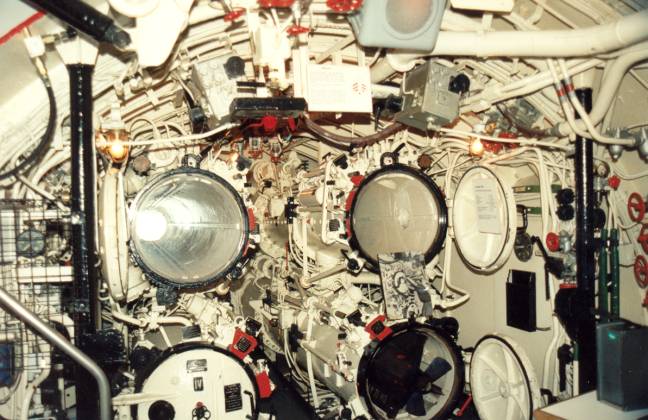 Since the Type XX1 was designed to live and fight submerged there were no deck guns, just four 20mm. Or 30mm. Cannon in streamlined turrets at either end of the conning tower. 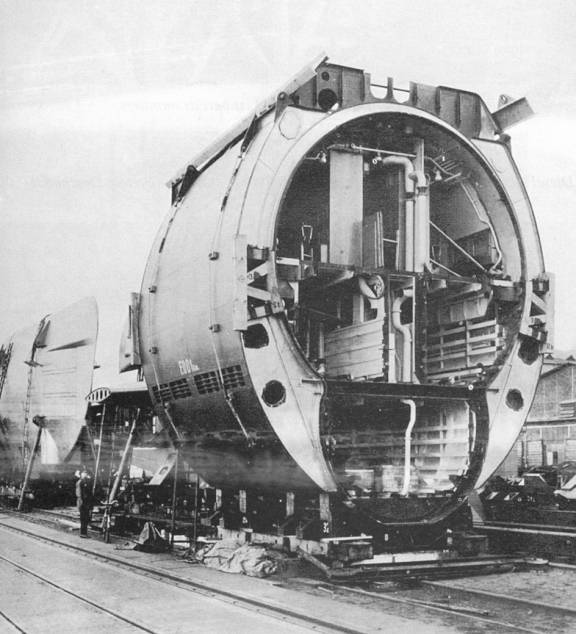 The construction was in sections.

The construction methods for this boat also broke new ground. The Type XX1 were constructed in ten separate sections, which were then delivered to the shipyard for them to complete, all except for the third section which had to be fitted with the diesel engines. Of the 752 boats ordered, 119 were built but only 93 were commissioned. None became operational. As the War entered its final months some of these boats were sunk in air raids, 61 were scuttled, leaving just eleven to be surrendered in May 1945. 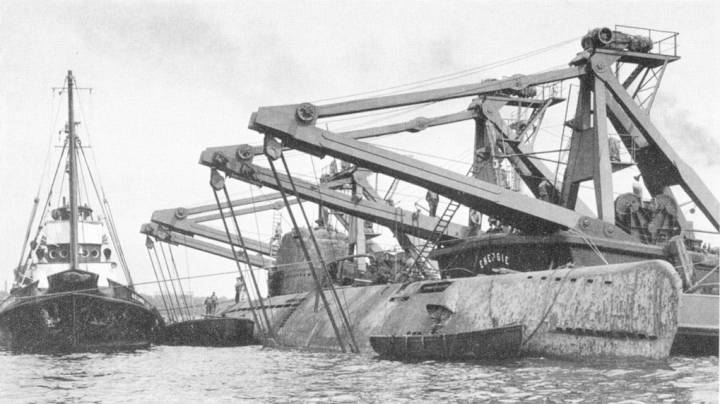 In 1983 the Wilhelm Bauer was made into a museum exhibit at the German Maritime Museum at Bremahaven. Even today she looks extremely modern and still retains her air of menace. Inside she has been very well restored with lots of photos of her history, with very informative guides who speak excellent English. Well worth a visit. 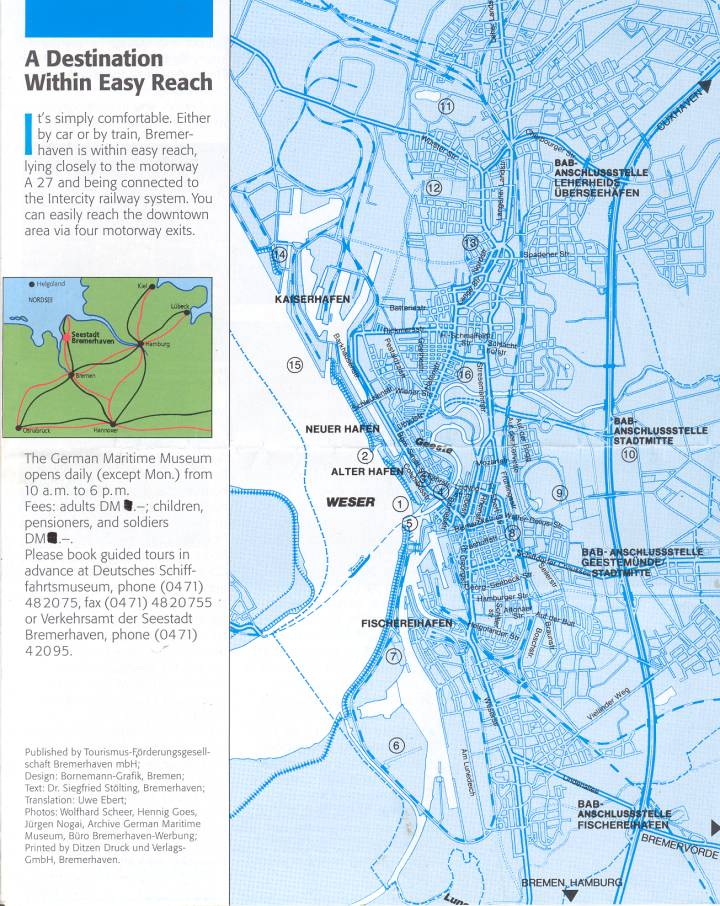