If ever there was a Boy’s Own hero then Shackleton is it. Scott is famous for failing to return from the South Pole, but Shackleton is famous for surviving against all the odds and going back and rescuing all his men. The bitter irony of that episode is that many of his crew who endured such hardship and triumphed over all that adversity, perished in the slaughter right at the end of the First World War. 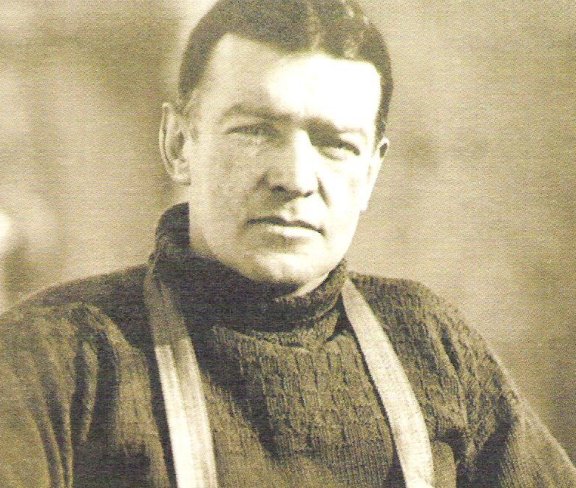 Ernest Henry Shackleton was born in Ireland in 1874. He left school at sixteen and joined a ship bound for Valpariso and sailed all over the place for the next ten years. In 1900 he joined Scott in the National Antartic Expedition, became ill and was sent home, which was a great blow to his pride. For a while he worked as a journalist and then organised his own Antartic Expedition, Nimrod (1907-1908) One of his parties reached the South Magnetic pole and another led by Shackleton got within 97 miles of the South Pole. 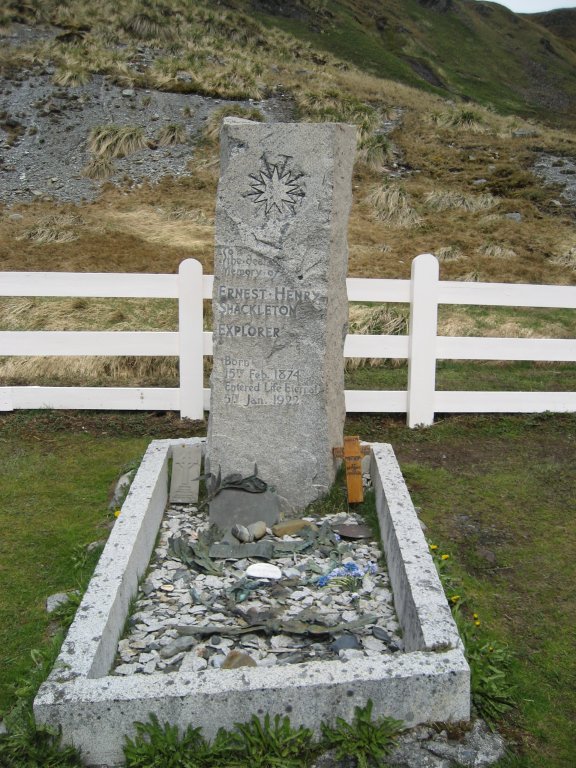 Shackleton’s next and most famous expedition’s objective (1914-1917) was to cross the Continent from the Weddle Sea to Mucmurdo Sound. Everybody knows the tale so I will just recount it briefly. There are loads of books (some listed at the end) and other information easily available for those who want to go into more detail. 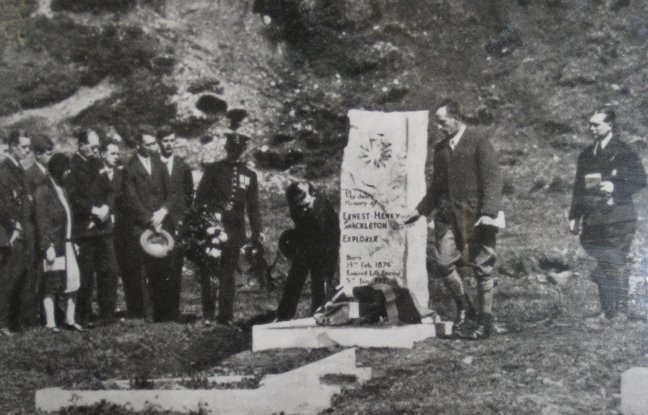 The expedition set out from London on Aug 1 1914 after being given special permission by the Admiralty even though War had been declared. They reached the Weddle Sea on Jan 10 1915, where their ship the Endurance, was trapped and frozen by the pack ice for nine months. Finally the pack ice crushed the Endurance and she turned over and sank. Boats and supplies were salvaged and the crew drifted on the ice flows as far as Elephant Island in the South Shetlands. 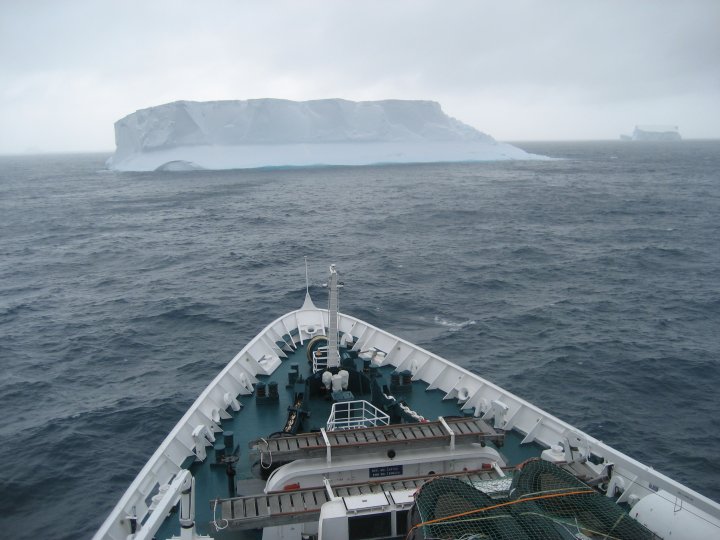 Realizing that they could not all go on to South Georgia 800 miles away, Shackleton left most of his men at Point Wild (named after his second in command) and with five others sailed on to South Georgia in a twenty two foot open boat the James Caird, arriving two weeks later. Unfortunately they were on the wrong side of the island and they could not sail around, so they had to land, and walk across the mountainous island on foot eventually reaching the whaling station at Stromnes Bay. Can you imagine, two weeks in an open boat in winter, in dreadful condition’s. Blizzards, temperatures below freezing and mountainous seas, and then when you reach land you have to struggle over the mountains to the other side. Inspirational just does not do it justice. 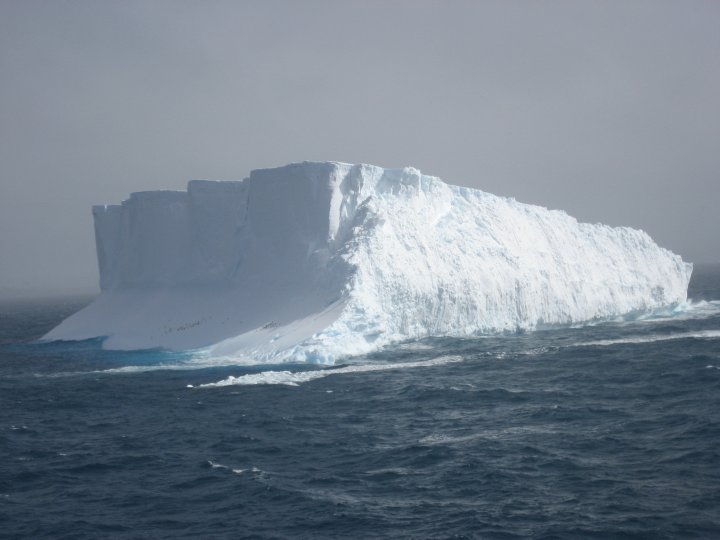 This was about four times bigger than the ship(still summer).

After two failed attempts, one from Gritviken, Shackleton finally rescued all his crew from Elephant Island aboard the Chilien steamer Yelcho sent from Punta Arenas one hundred and five days after he had left them. You just couldn’t make it up.It is one of the greatest survival stories of all time. 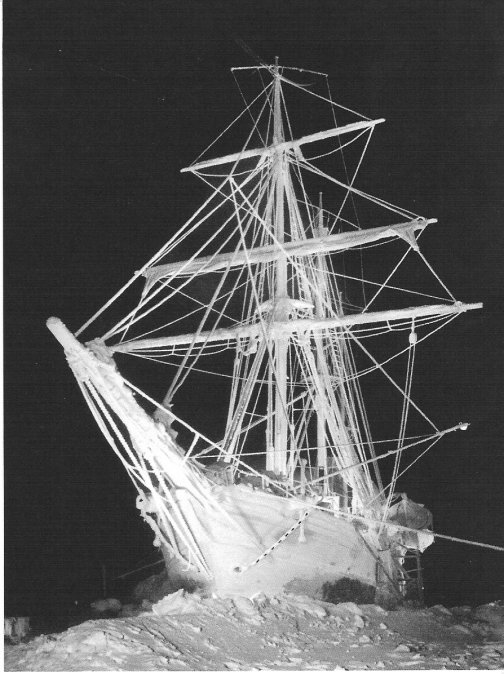 The Endurance trapped in the ice. Photo Frank Hurley.

On his final expedition (1921-1922) Shackleton, in failing health suffered a heart attack in Rio de Janerio. He recovered from this enough to carry on towards South Georgia where he suffered another attack, which killed him on 5th January 1922. His widow (for whom the term ‘long suffering’ must have been coined) chose South Georgia as his final resting place. His grave is at the old whaling station of Gritviken, alongside those of the whalers who died over the years. It’s a very evocative place, even now with the whaling station in ruins. Gritviken, South Georgia 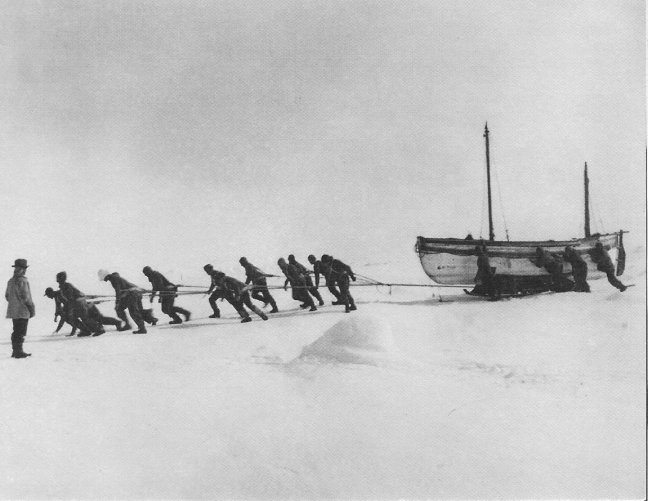 Hauling the boats across the pack ice. Photo Frank Hurley

The graveyard is over to the left of the settlement, and to get to it you have to walk up a muddy track picking your way through elephant and fur seals and dodging the many penguins. The scenery is magnificent, and by looking at it, you get some sense of what the man must have been like. 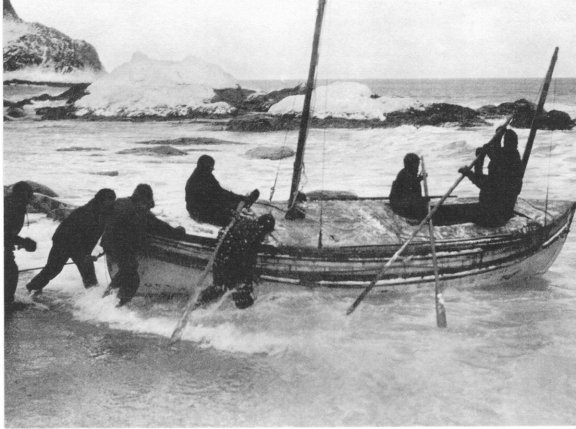 Shortly after my visit to Gritviken we managed to pass near Elephant island. We could not land as an iceberg almost as big as the island was blocking the channel and the ship couldn’t get in. As the weather turned from sunshine to sleet and snow and the mist came down, the Skipper cruised as close as he could to Point Wild, which is were Shackleton left the rest of his crew before going on to South Georgia. At first it did not look as if we would be able to see it but at the last moment the weather eased off and there it was, Point Wild. 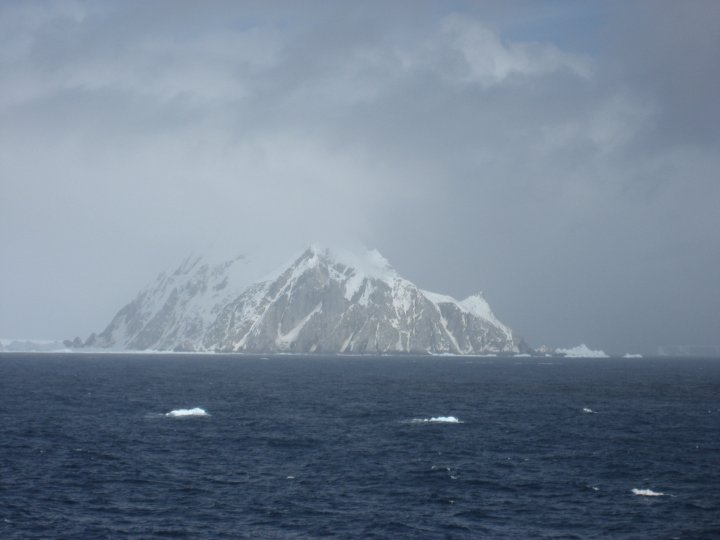 Elephant Isand, you can see the icebergs to the left and right and the ice in the forground. 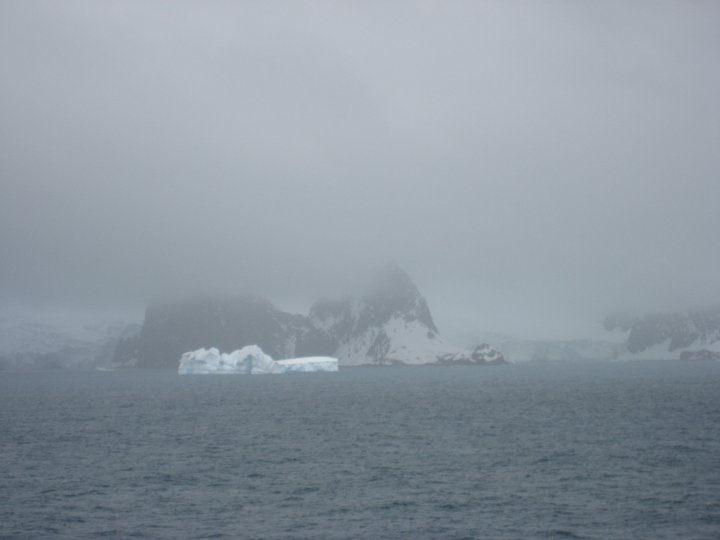 Half an hour later it started to snow, but there in the murk was Point Wild just to the right of the iceberg.

To have been, however briefly, in the same waters as Shackleton and his crew and to see what he had endured gave all of us a great feeling of pride in the man, and a hope that there are still their like around if we ever need them. And to think this was summer and they did it in winter. As I said before, you just couldn’t make it up. 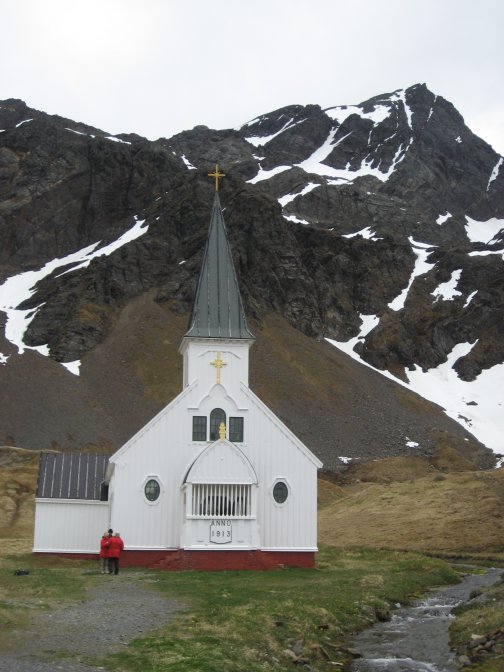 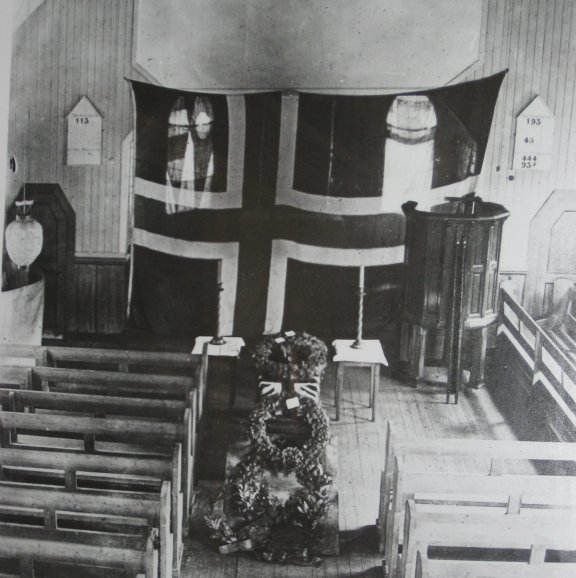