One of the strangest wreck incidents occurred in 1921, when a group of six German submarines were wrecked on the rocks along Castle Drive. Originally there were nine submarines allocated to Falmouth under the War Reparations Scheme.These were to be used by the Royal Navy for gunnery practice and certain experiments. 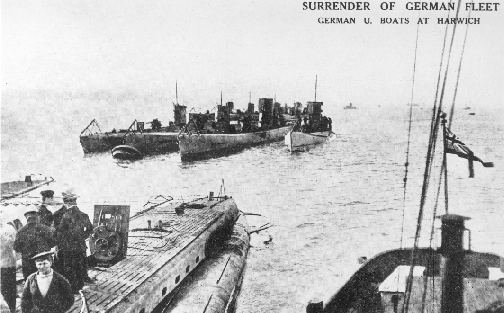 U. Boats at Harwich.

Eight of the submarines finally arrived and were anchored at Gullyngvase. Two were intentionally sunk during the Navy’s experiments, but the remaining six were caught up in a fierce winters gale and swept onto the rocks that stretch along Castle Drive, and abandoned. For many years they were left rusting in the shallows, so close into the shore that it was easy for people to walk out at low tide and board them. They were heavily salvaged and their ownership changed many times. One of the submarines sank very close in near a bathing beach and even today you can still see part of its hull at low tide.

Whilst I am not completely sure that I have all the facts, I think that we have managed to identify four of the submarines. All the subs were launched during 1917. Two of the subs,UB112 and UB106 were built by Bloom and Voss of Hamburg. UB97 was built by Vulcan of Hamburg, and UB86 was built by Wesser of Bremmen. The UB class were about were about 182ft long with a beam of around 12ft. They had two props powered by four stroke diesel engines, which produced 13.5 knots, and two electric motors, which propelled the boat underwater at 7.5 knots. The submarine had a 3.5 inch gun forward of the conning tower and carried ten torpedoes, firing them from four bow tubes and one stern tube. The UB class of submarine had a crew of thirty-seven officers and men. 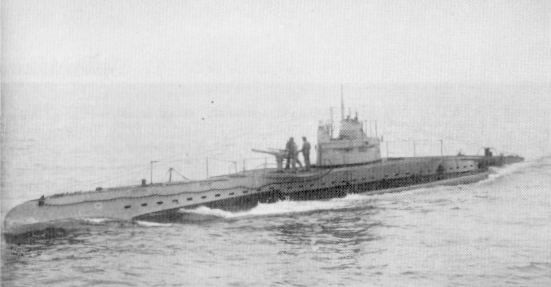 An example of a UB. class boat.

The subs are heavily covered in weed and well broken up and scattered all along this bit of coast less than a hundred yards offshore. Although I have dived the bit by the bathing beach extensively, (for filming purposes) I have not yet dived on the rest so a proper dive report will follow later. I you have dived on them and want to send me a dive report I would be grateful and put it on the website.