The motorvessel Black Watch was, in her time, one of the most modern vessels in her class. She was built for the Fred Olsen Lines in 1939 and was designed to serve as a passenger ship between Kristiansand, Newcastle and Oslo. However after the German occupation of Norway she was requisitioned by the German Kriegsmarine, and so only had time for just a few trips before the war broke out. 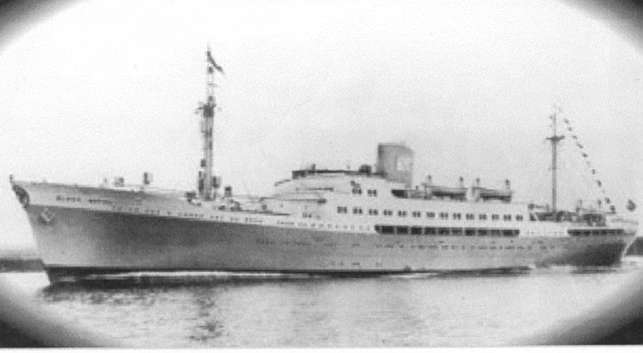 The Blackwatch in happier times.

The Black Watch had a Norwegian crew until 1943, when the Germans decided to put their own crew on board. From 1943 she was used as a headquarters by the German General Der Infanterie E. Dietl, and as a depot and recreation ship for the German submarine crews . On the afternoon of the 4th of May 1945, Black Watch was quietly lying at anchor in Kilbotnbukta in company with the German submarine U 711, when they were both attacked by British Avenger and Wildcat airplanes. Dropping bombs and firing machine cannons, the British airplanes straffed the Black Watch and U 711 and inflicted heavy damage on both of them. The British pilots said that they scored seven direct hits before the Blackwatch suddenly exploded and broke in two, sinking shortly afterwards. In the one sided engagement the U 711 was also sunk, and lies some five hundred yards away from the wreck of the Blackwatch. 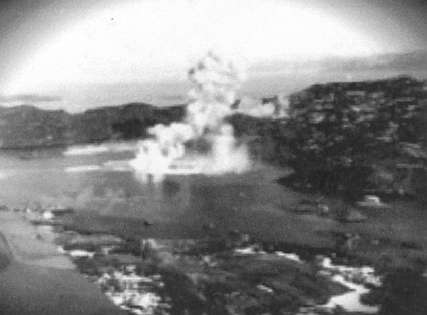 The funeral pyre of the Blackwatch.

This is a huge wreck very close in to the shore. Its bow is only in about 40 ft and the rest goes down to around 150 ft with a heavy list to port. Most of the stern was heavily salvaged but that doesn’t really matter because there is an awful lot of her left. On the shore are some small wooden cabins, so if you had one you would have a wreck right at the bottom of your garden. 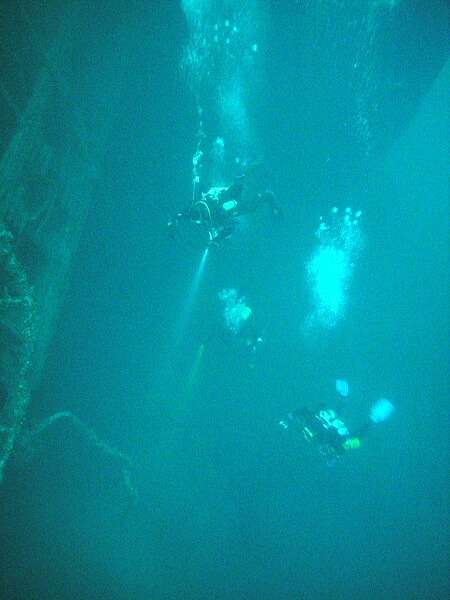 We dropped about midships near the bridge which still had some of the teak on its deck and were plensantly surprised at the near 40ft visibility. We swam over the side and down into a great big hole, and then went into another large hole just off that, down a deck, then down another into a huge cavern. This was really impressive, it was one of the biggest spaces I have ever been in. Back up top is a huge jumble of metal that you could spend hours going through, but go on to the Bridge deck where the square windows are still in place. The fish life was quite good, loads of scallops, an Atlantic Halibut, and also a sort of compressed ling with yellow markings, called a brother. 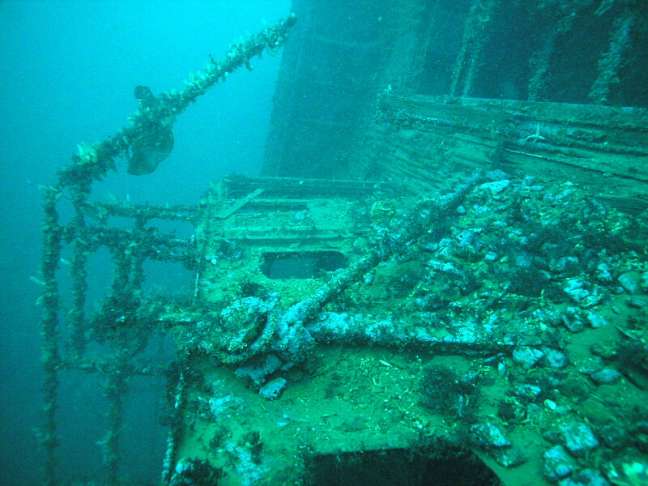 Somewhere near the bridge, I think .(Photo F.Bang)

On the second dive went down to the bow. Loads of portholes on the way, but also two huge doors with portholes. Inside their compartments were what looked like generators. There was a huge cavern lying as it were on its side, still with an all wood floor, and the general consensus was that this might have been the Ballroom or maybe a restaurant. You could see the different decks this time as you had your eye in and started to get some idea of the layout. The bow is well broken up and all I saw of note was some bollards. This wreck was voted the second best dive that we did, but as always you only skim the surface with a couple of dives, and we are all thinking about coming back and renting one of those wooden cabins. 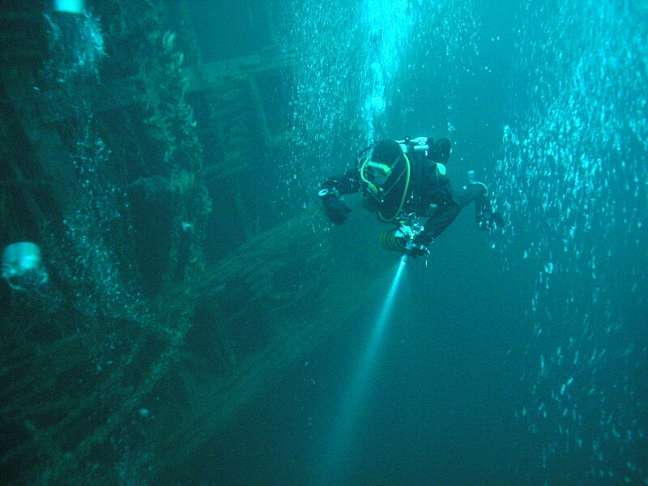 500 meters away is supposed to be the wreck of the sub U711 which was sunk in the same attack, but at the moment nobody is allowed to dive it.