Kimio Aisek is Truk’s oldest and most experienced guide. He was born and raised on the island, and as a teenager he witnessed the attack on the islands and watched the destruction of many of the ships that we now dive on. He helped locate most of the wrecks in the lagoon and largely due to his efforts the wrecks of Truk Lagoon were brought to a wider audience. 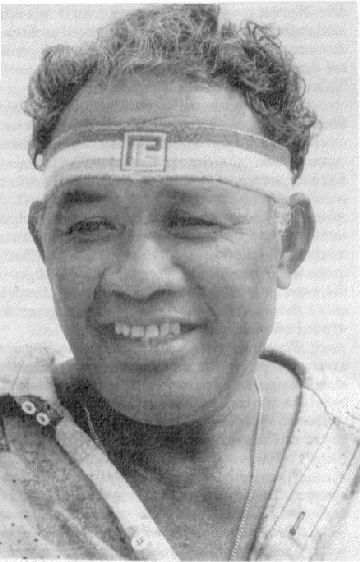 Kimio in his glory days.

In the 1960s, the crown of thorns starfish had made its appearance in huge numbers and proceeded to lay waste to the coral reefs, so much so that it was feared that they could destroy all the reefs in the Pacific. The Fisheries Department embarked on a program, to first check their growth, and then try to eradicate them. To this end local men were recruited and trained as scuba divers. This is how Kimio first learned to dive. What happened next is the stuff of fairy tales.

One day when coming back from a day battling with the starfish, he saw through the clear waters of the Lagoon a small discolouration on the sea bed. Curious, he stopped the boat jumped into the water and found himself hovering over the wreck of the Yamagari Maru. It must have been a fantastic sight. Soon he found a few more wrecks, and word of this amazing discovery soon spread, and an increasing number of divers, professional and amateur started to visit the Lagoon. Only a few wreck locations were known and most of these were relatively shallow. 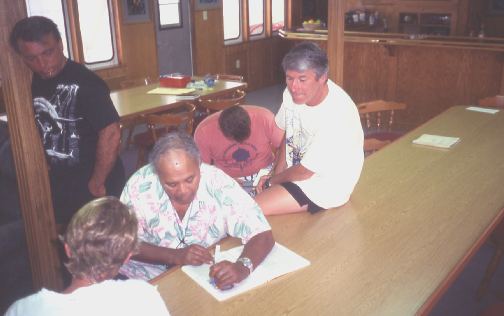 The man himself signing my book.

Some of the deeper wrecks were found by a man called Sam Redford. Using recently declassified material from the U.S. Government archives, Redford started in 1972 and managed to locate several wrecks including the San Francisco, Aikoku Maru and the Amagisan. Meanwhile Al Giddings had arrived to do a shoot for National Geographic and got to know Kimio well and eventually persuaded him to open Truk’s first dive shop called appropriately, The Blue Lagoon. Kimio now started to look for wrecks in earnest. Recalling his teenage years as he watched the ships being sunk, he showed a remarkable ability to locate these wrecks and soon became the pre-eminent figure of diving in Truk.

By the end of the 1970’s, the locations of about thirty wrecks were known. In the mid eighties Kimio got to know Klaus Linderman an enthusiastic wreck diver who had decided to try and document all the wrecks in Truk Lagoon. Together they painstakingly searched the Lagoon and succeeded in finding another sixteen new wrecks. Many of these wrecks had human remains on them and Linderman and Giddings documented many these gravesites. Later the Japanese Government sent out teams of divers to remove these mortal remains so that they could be given a proper religious funeral service.

When I met Kimio Aisek in 1996 it was the 50th Anniversary of Operation Hailstorm and he was starting to get on in years. Even so he delighted in regaling us with his memories, which still seem as fresh to him as yesterday. He gave us a real insight into what it was like to live under Japanese occupation during the War (not to bad-we eat quite well and most of them were quite friendly) and was very descriptive about Operation Hailstorm. He said, ” The bombs came down like heavy rain “. To meet a man that virtually discovered one of the Underwater Wonders of the World was a real pleasure, especially as he seemed to get as much fun out of telling us his stories as we got from listening to them. However all things must pass. Many of the wrecks as they age are becoming extremely fragile. On some, the metal plating is so thin that you could easily put your fist through it. Eventually these wrecks will collapse and in another fifty years they could be completely hidden by coral.The Underwater Wonder will be no more. See it while you can. 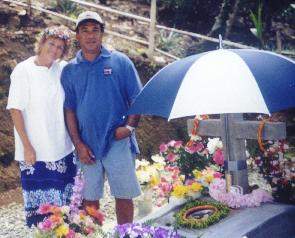 Sad News: Since I wrote this I have been informed of Kimio’s death on Jan 4th 2001. Apparently he suffered a heart attack half way between his home island of Dublon and Weno. He was 73. God bless him.