Halfway through 1918 it was obvious to all that Germany had lost the War, and its Navy in particular, was almost fatally crippled with low morale and disaffection. An earlier attempt to confront the British Grand Fleet and bring them to battle had been frustrated, not by the Royal Navy, but by the German sailors themselves who mutinied and ran up the Red Flag. The U-boat arm however was largely unaffected in spite of its huge losses, and so in a last attempt to restore some pride to the German navy, an operation was conceived to place a lone submarine inside Scapa Flow the home of the Royal navy’s grand Fleet. 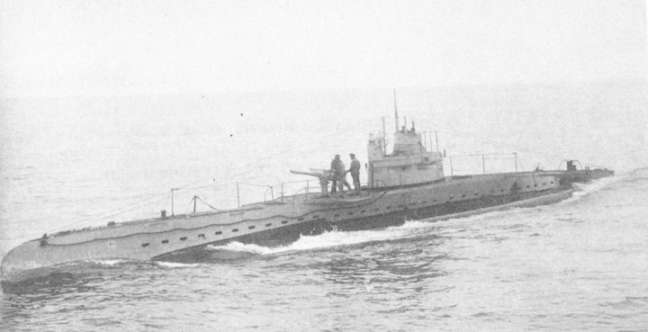 Its mission was to penetrate the Flows complex defences and sink as many ships as possible, regardless of any risks involved to the crew or the submarine. The idea was to put out of commission as many ships as possible before another planned outing of the German High Sea’s Fleet for a final Great Battle. The thinking of the High Command was, that even if Germany did not win this battle, the act of defiance would somehow burnish an almost otherwise fatally tarnished reputation and give them some much needed bargaining power when the German Nation had to finally admit defeat.

Unfortunately German Intelligence wasn’t very good at this point in the War, and they failed to realise that the Grand Fleet had largely been dispersed to other ports. Even if the plot succeeded in placing the sub inside the Flow there would be precious few ships to sink. On 25th October 1918, UB116, a 519 ton submarine armed with eleven torpedo’s left Heligoland for Scapa Flow. On board were four officers and thirty three ratings under the command of Lt. J.J.Emsmann. The Captain had been extensively briefed by the U-boat Staff who had advised him to penetrate the Flow through Hoxa Sound. This was because other U-boats passing through the Pentland Firth had reported that this entrance was in regular use by the Royal Navy and so was unlikely to be blocked by nets, mines or other obstructions.

The briefing was catastrophically wrong. Hoxa Sound was mined, the mines being controlled from the shore where they could be detonated electrically. Even worse, there were detector loops positioned on the seabed, which became active when an electric current was generated by the magnetic field of any vessel crossing them. Finally there were Hydrophones to pick up any engine noises of an approaching ship or submarine. On 28th October at 8.21 in the evening, the Hydrophones on Stanger Head, Flotta, picked up the first sounds of UB116’s engines. No friendly ships were expected, so the detector loops were switched on and everybody sat down to await developments.

Meanwhile Lt. Emsmann seemed to have convinced himself that all would be well if he just kept out of sight underwater. He was almost right. It wasn’t until 11.30 in the evening that he was finally sighted by a lookout when he came to periscope depth to confirm his position. To his delight he found that he was right where he wanted to be, inside the defences and near the Boom entrance. As he conned his submarine slowly towards the Boom entrance its magnetic field activated the mines, and on shore somebody pressed the detonate button. The UB116 was rent asunder killing all the crew instantly, and what was left swiftly sunk to the bottom leaving just a patch of oil on the surface at the mouth of Pan Hope.

A month later the War was over, and so UB116 was the last U-boat to be sunk in W.W.1, and incidentally the first to be sunk by a shore controlled minefield.

This was the first wreck I ever dived on at Scapa in1985, and these were the impression I wrote down.

This wreck lay in 95 ft with viz 25ft. The wreck is very broken up and scattered but our skipper put us on the main part where we could see the compressed air bottles. And part of the hull containing the engine area. Lots of lead and pipe around and some very nice brass worming gear. Right at the start I saw a conger eel poking out of off a steel pipe and then further along another quite large one with its head sticking out of a hole in the wreckage. I was only saying to the lads that I hardly ever see congers. There is a lot of brass lying around especially a thick brass pipe with a nice cap on it. To well fixed to get it off. The bottom consisted of sand, and lying around were various pieces of gear including a deck winch with the drum buried in the sand. Steel frames stuck out of the sand poking up into the water and the whole wreck was very picturesque. Its not a great wreck, but it’s a bloody good start.