Built by the Houston Ship building Company of Texas in September 1942, the Tucker was one of the hundreds of Liberty ships churned out by America to enable the Allies to move vast amounts of supplies to the War Zones. Armed with guns fore and aft and also amidships,she set off on her maiden voyage from New Orleans to Suez laden with a cargo of war materials for the Allies engaged in the Libyan dessert against Rommel’s Africa Corps. 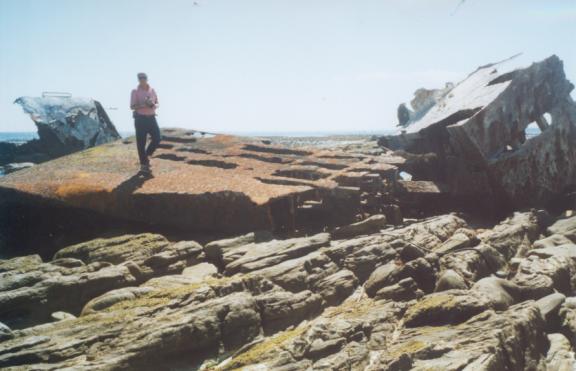 Wreckage from the ‘Tucker’.

Although U-boats were operating in this area they did not manage to catch the Thomas.T. Tucker, instead it was the seamen’s worst enemy,fog. The fog banks of Cape Point are notorious, and if like the Master of the Tucker you think that you are somewhere off Robben Island (in the middle of Table Bay) then you are in deep trouble. 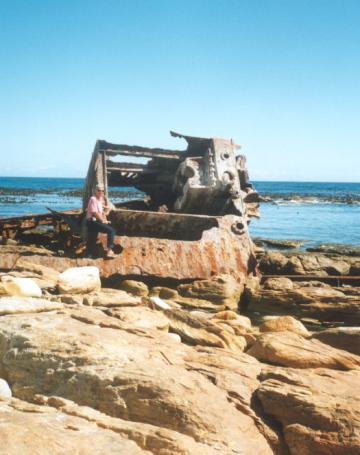 As it turned out in the subsequent inquiry, the ships compass had an error of 37 degrees, but even so no one ever quite explained why the vessel ran ashore at Olifantsbos Point,on the 27 of November 1942. In the event all hands were saved and the wreck soon broke up.

Directions to the Wreck

Olifants Bay is situated in the Cape of Good Hope Nature Reserve, and as you enter you have to pay a small fee . For this they give you a very good map of the area with all the trails and roads well marked. Be warned however that nearly all the roads are dirt, which is ok in the dry, but can be a bit tricky in the wet. Either way it’s heavy on your tyres, so make sure you are in good shape as its a long way back to civilization. 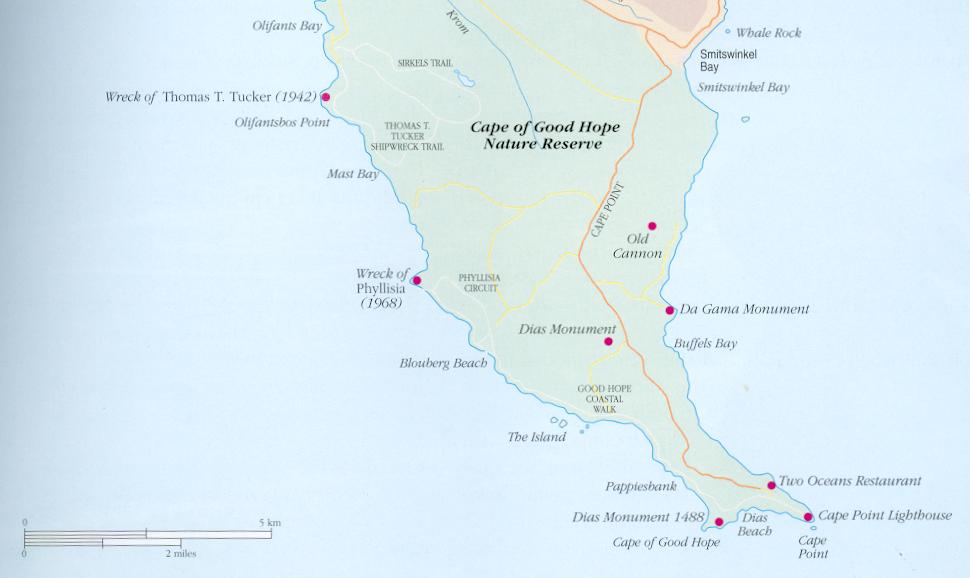 Map of the area.

One other thing, keep a good lookout for Leopard Tortoises. They look like rocks on the road until they move. The Rangers take a dim view if you run over any. 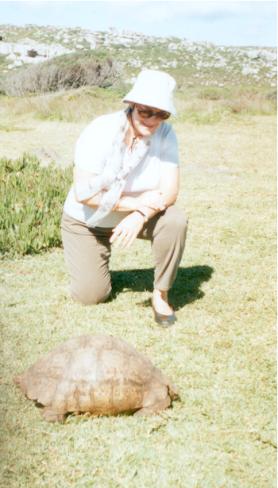 The Tuckers Trail starts from the parking area by the beach, takes you a few yards inland then sets you back on a spendid sandy beach. 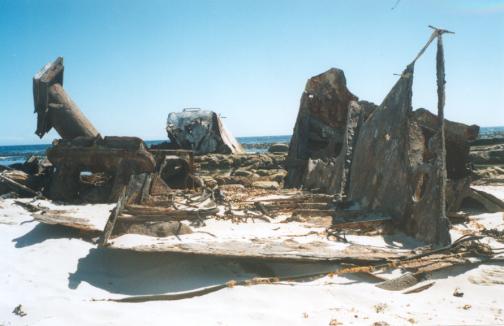 More wreckage in the sand.

The scenery is fantastic and the walking very easy. Its about a mile and a bit to the Tucker which is impossible to miss.In the summer the shoreline is covered with strange plants and colourful flowers, and sea birds turn and swoop in all directions. But it’s the beautiful beach that really makes the trip. It really is like something from another time, quiet and peaceful with not a soul around. A shipwreck too. Heaven.